On June 15 at the disputed section of the Sino-Indian border in East Ladakh occurred a clash in which at least 20 Indian soldiers, including the commander of an infantry battalion, and the still unconfirmed number of soldiers of the Chinese People’s Liberation Army (PLA) lost their lives, The Indian news agency ANI reports up to 43 victims, but there is still no official statement of the Chinese West Theatre command. These are the first fatalities since 1967 and the incident itself has a potential to lead to the biggest crisis in Beijing – New Delhi relations in the 21st century. 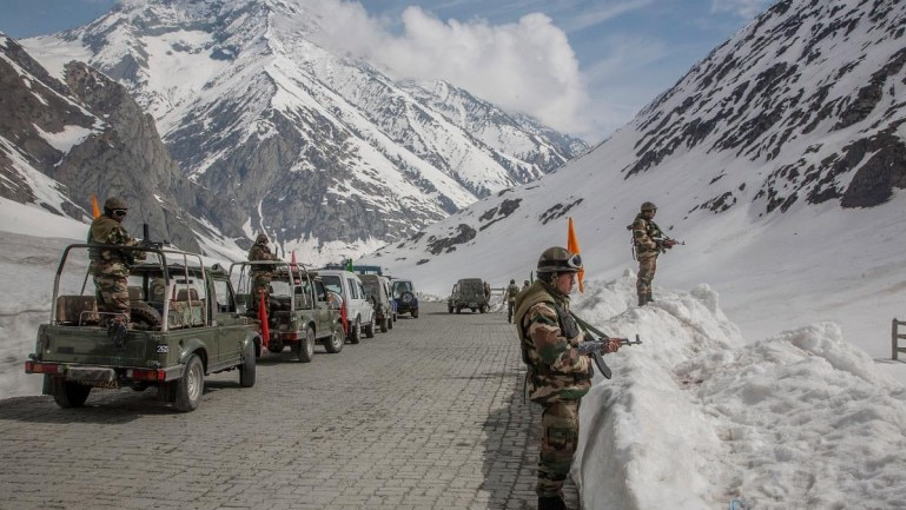 Initially, the Indian army confirmed only three casualties, but on Monday evening it reported that “17 Indian troops who were critically injured in the line of duty at the standoff location and exposed to sub-zero temperatures in the high-altitude terrain have succumbed to their injuries, taking the total that were killed in action to 20.” A spokesperson for the Indian Ministry of Foreign Affairs, Anurag Srivastava, stated on Monday that the confrontation took place in the Galwan Valley, where the Chinese side “broke the consensus at the Line of Actual Control (LAC)” and attempted to “unilaterally change the status quo.” The Chinese attack was to take place during the de-escalation process, which was agreed by both sides throughout June negotiations between Generals Harindar Singh and Liu Jin.

On June 16, the People’s Liberation Army of China published a statement calling on the Indian army to put an immediate stop to “provocative actions” and to “solve the problem through the right path of dialogue and conversations.” A spokesman for the PLA’s Western Theatre, Zhang Shuili, also declared that “China has always had sovereign rights in the Galvan Valley”, adding it was the Indian units that “broke commitments” and “knowingly carried out provocative attacks.” Zhang enigmatically admitted that the fights brought losses, although he did not specify their scale on the Chinese side.

The armed confrontation is a consequence of ongoing border tensions that originated on May 5 and lasted for more than a month. Since then, China has assigned two infantry brigades, totaling 6,000 soldiers, to four locations in the Galwan Valley near Lake Pangon. This measure is a response to the development of infrastructure by the Indian side, including the construction of a 60-metre-long bridge over the Depsang Plains, which will facilitate the transport of troops and heavy equipment. Along with the Durbuk-Shyok-Daulet Beg Oldie (DBO) road, it is a vital element of infrastructure which facilitates access to Karakoram, the Depsang Plains and the Galwan Valley.

On June 17, Prime Minister Narendra Modi announced the decision to call a cross-party meeting whose goal is to find a common position on the occurred crisis. The events in Ladakh will be a real test for Prime Minister Modi who in recent years has sought to build an image of a strong leader. Showing weakness in the face of such a stirring situation may lead to a decline in his support, especially among nationalist BJP voters. The complexity of the situation is supplemented by the still unresolved problem of an increasing number of COVID-19 cases and the worsening economic situation in the country.

The soldiers’ death will have a significant impact on public opinion in India and is expected to increase the sense of threat from the PRC. It can consolidate China’s negative image in the society as well as reinforce pro-American and nationalist tendencies. China’s aggressive activities are likely to result in strengthening the strategic cooperation between India and the United States, as Washington has been persistently striving for in recent years. India remains a key player in the Indo-Pacific region thus an effective strategy to counterbalance the military threat from China will require its active participation. Undoubtedly, the development of border incidents will also affect New Delhi’s position with regard to the construction of 5G infrastructure in addition to the expansion and strategy of the navy in the Indian Ocean.

It is difficult to univocally assess what motivations guided the Chinese actions – it cannot be entirely ruled out that the confrontation resulted from the soldiers’ arbitrariness. However, given the serious implications of any such incident, a deliberate action by the Chinese command is more likely. In previous years, Beijing has used border tensions as an instrument to express its dissatisfaction with the development of infrastructure on the Indian side or with the policy-making that undermines Chinese affairs in the region. This time, the escalation may bring about a long-term deterioration of China’s strategic position and the establishment of an anti-Chinese coalition of countries which are a part of the Quad (QSD) format and the American system of alliances.