A joint exercise, codenamed Slavic Brotherhood, takes place annually in Russia, Serbia, and Belarus, consecutively. In 2019, Serbia was the host whilst this year’s edition moved to the Brest region in Belarus. Yet Serbia has dropped out of it for the first time in history. Also, what makes this year’s drills different from the last year’s edition is a new political context. Russian personnel is arriving in Belarus to train altogether with their Belarusian peers as the country is rocked by weeks of mass protests against Lukashenko’s regime –– and but for Moscow’s support, it would probably have toppled. 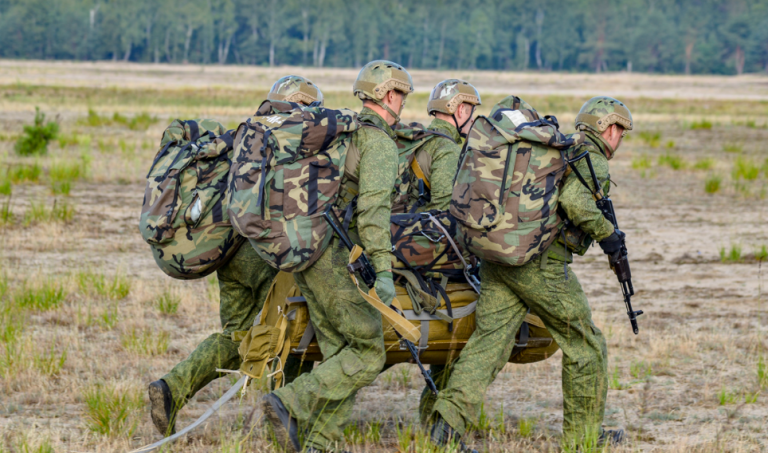 The Belarusian-Russian Slavic Brotherhood exercise kicked off on September 14 at a training ground near the city of Brest in western Belarus and will last until September 25. It is said to employ 800 people and some 170 units of military equipment. In the absence of Serbian troops, it draws 500 troops from Belarus and some 100 units of military equipment as well as 300 servicemen from Russia along with 70 pieces of military hardware. Moreover, Russia sent paratroopers from its Pskov division to Belarus for the joint drills. War games might come as yet another expression of the Kremlin’s support for Lukashenko in the face of a political crisis, but their date –– as regular military drills –– was in fact selected back in October 2019. The Slavic Brotherhood has taken place every year for the past five years (2015 – Russia, 2016 – Serbia, 2017 – Belarus, 2018 – Russia, 2019 – Serbia, 2020 – Belarus). Last year’s edition lasted between June 15 and 26 in Serbia. It involved 200 Russian paratroopers, 300 Serbian troops, 60 Belarusian servicemen as well as up to 50 combat vehicles. There is no one from Serbia, though. The Serbian government has decided to freeze all joint international military exercises for the next six months under alleged heavy pressure from the European Union. What is remarkable is that Serbia has friendly ties with Lukashenko’s regime yet in August, the country joined EU and the U.S. condemnation of the recent presidential elections in Belarus, saying these were “neither free nor fair” and criticizing the violent crackdown on post-electoral protests.