The poisoning of Russian opposition politician Alexei Navalny caused turmoil amongst German senior officials, with all of them waiting for an explanation from Moscow, but just a few being keen to punish Russia. Thus the issue of the Nord Stream 2 energy link came back on the agenda. So far roughly all German politicians stood tenaciously to defend the gas pipeline, notably when the United States announced a batch of sanctions against the energy link. But there is now a group of senior German officials that overtly want Berlin to withdraw from the joint energy project with Russia. Perhaps the poisoning of Russian opposition figure will serve as a comfortable excuse for Berlin to pull the plug on the venture that is now in big trouble due to U.S. policy. Nonetheless, the problem is that by doing so, Germany could risk a major fissure in its ties with Russia. Nobody in Berlin is keen to see that, though. 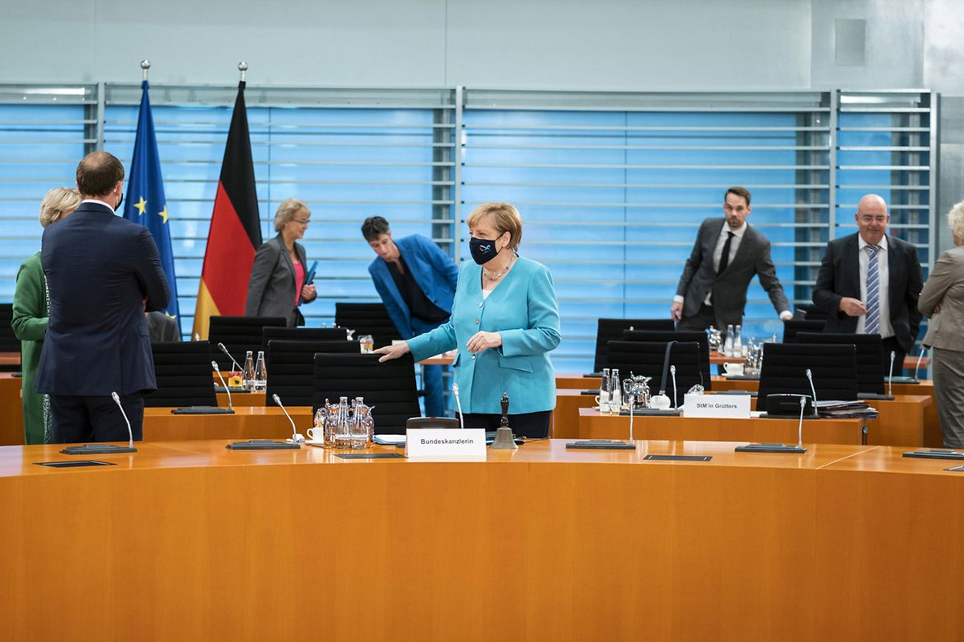 U.S. President Donald Trump said on September 7 that the Nord Stream 2 energy pipeline should not be completed. The U.S. leader yet again slammed Germany for its joint energy project with Russia. Washington’s relentless stance and the risk of new sanctions have exerted an influence on the stance of some German politicians. Merkel’s spokesman Steffen Seibert said on Monday, September 7, the German chancellor does not rule out imposing sanctions on the Nord Stream 2 pipeline in response to the suspected poisoning. Just a few days before, Merkel has asked not to tie this matter one with another. Earlier several leading Christian Democrats had called on Merkel to suspend the construction of the Nord Stream 2 gas pipeline, including chairman of the Bundestag’s foreign affairs committee, Norbert Roettgen. Germany’s Defense Minister Annegret Kramp-Karrenbauer said the question of sanctions on the pipeline relied upon Moscow’s cooperation in clearing up what exactly happened to Navalny. Germany’s Foreign Minister Heiko Maas also warned Moscow that his country would abandon the Nord Stream 2 project should the Kremlin refuse to provide satisfactory answers on the Navalny poisoning. Yet Maas’s threat was rather specific, with his insisting on severe business consequences of not completing the project. “More than 100 companies from 12 European countries are involved in the construction of Nord Stream 2, about half of them from Germany,” Mass told Germany weekly Bild. His overt declaring that not only Russia will suffer from suspending the project also undermines the ultimatum Maas had delivered to Russia. Saxony state premier and CDU party member Michael Kretschmer went further than that, saying that Nord Stream 2 must be completed. “We depend on each other, we need this cooperation” he was quoted as saying. Thus Christian Democrats seem divided over the whole issue. Kretschmer sees Nord Stream 2 as a purely economic venture and should stay away from what he named as “political debates.” Those in favor of Nord Stream 2 say that five of the six leading energy firms that provide some funding to the project are based in EU countries, thus everything they do is in line with both national and EU-wide legal solutions.

But Russian officials remain somewhat optimistic. On September 7, Kremlin spokesman told journalists that the Kremlin does not currently see any risks that Germany can block the construction of the Nord Stream 2 gas pipeline. “Currently” is a key word here: Moscow is keeping a close eye on how events unfold in Germany and certainly has done everything to influence Berlin’s final decision. Dmitry Peskov said many believed that proposals to halt the construction of Nord Stream 2 are nothing but “absurd.” Russian Energy Minister Alexander Novak vowed on the same day that the pipeline would be completed despite difficulties amid a drop in gas demand in the aftermath of the coronavirus pandemic. “With a temporary drop in demand, we cannot state that such infrastructure projects are unnecessary,” Novak said, adding Nord Stream 2 was a long-term project, foreseen for many decades to come. According to what he said, natural gas will remain a top energy source whilst its share in the energy balance might even go up –– despite the EU’s renewable energy transition. Earlier Moscow had vowed the Russia-to-Germany gas pipeline could be completed by early 2021. This now seems quite unlikely –– as pipe-laying activities beneath the Baltic Sea have not been resumed yet though Russian vessels have already been dispatched to the area whilst Denmark gave go-ahead for building a pipeline segment.