How much will Lukashenko pay for the support of Russia?

The Belarusian dictator remains in power only thanks to the support of the Kremlin. Of course, Russia will dictate a high price for this. The details, or at least some of them, will probably revealed during Alexander Lukashenko’s visit to Moscow in September. Intensification of contacts between the heads of diplomacy and defense as well as, above all, the appearance of the Russian Prime Minister in Minsk, mean that the details of the new Belarus-Russia agreements are being established. Moscow is likely to promise Lukashenko further economic support, for example in the form of cheap oil and gas, and in return, a rapprochement between the two countries will be announced as a part of the union agreement. This means, de facto, increasing Russian control over Belarus. 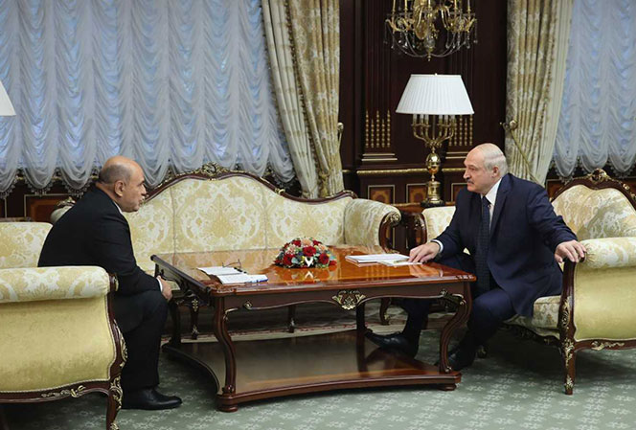 Russian Prime Minister – Mikhail Mishustin, paid a visit to Minsk on September 3. The parties announced that the Russian Prime Minister’s one-day stay in the capital of Belarus was devoted to economic and energy issues. During the meeting with Alexander Lukashenko, Mishustin noted the progress in strengthening the union agreement between the two countries, which provides for close political, economic and military contacts. “We have deployed actually a half of our Belarusian army. We actually placed under control the western borders with Lithuania and Poland. And, as I frequently say, we have actually encircled Grodno,” said Lukashenko. The anti-Polish rhetoric of the President of Belarus were in line with Moscow’s attitude. A spokeswoman for the Russian Ministry of Foreign Affairs said that the Polish authorities are “at the forefront of the EU’s unfriendly policy towards Belarus.” Maria Zakharova accused Poland of exerting pressure on Belarus and supporting Belarusian opposition forces. As for Prime Minister Mishustin’s visit to Minsk, it is worth noting that he was accompanied by two Deputy Prime Ministers and five Ministers. The visit was of a technical nature – it served to establish the details of new agreements deepening the integration of Belarus and Russia and defining Russian aid for Minsk (for example, gas and oil prices) before Lukashenko’s upcoming visit to Moscow. Most probably these arrangements will be announced then. Recently, Moscow has been visited by the Ministers of Foreign Affairs and Defense of Belarus. The visit of the Belarusian Minister of Foreign Affairs – Vladimir Makei, took place on September 2. After the meeting with him, the Russian Foreign Minister – Sergey Lavrov, condemned the interference of foreign forces in Belarusian affairs. He attacked NATO and the EU for their declarations on Belarus and accused Ukraine of sending about 200 “trained extremists” to Belarus in order to destabilize the country. Makei, in turn, announced that Belarus would impose retaliatory sanctions on people from Lithuania, Latvia and Estonia. The day before, these three countries imposed sanctions on 30 representatives of Belarusian authorities, including President Alexander Lukashenko. On the same day, the Chiefs of the General Staff of Belarus and Russia – Alexander Volfovich and Valery Gerasimov, discussed military cooperation between the two countries and preparations for joint maneuvers. The conversation took place by phone. The generals discussed, among others, the upcoming Russian Caucasus 2020 strategic command and the joint Belarusian-Russian-Serbian Slavic Brotherhood 2020 wargame, which will take place on the territory of Belarus. After the meeting of the Heads of Diplomacy and later Lukashenko’s with Prime Minister Mishustin, the Belarusian Minister of Defense visited Russia. “The destructive forces in Belarus, encouraged by Poland, Lithuania, the Czech Republic and Ukraine, tried to change power. State authorities opposed this,” announced General Viktar Khrenin on Friday, September 4. The head of the Ministry of Defense spoke at the meeting of ministers of the Commonwealth of Independent States (CIS), Shanghai Cooperation Organization (SCO) and Collective Security Treaty Organization (OUBZ) in Kubinka near Moscow. Minister Khrenin argued that Western countries tried to organize a color revolution in Belarus. However, they failed and are now moving on to a hybrid war.