The joint Serbian-Russian-Belarusian tactical military maneuvers Slavic Brotherhood have recently culminated in Serbia. The state authorities emphasized the political importance of the drills amid tensions with neighboring Kosovo. Military exercises and the rhetoric adopted by the majority of local politicians and media confirm ever-closer cooperation between Belgrade and Moscow. It is noteworthy that they are still more symbolic than practical, with the Serbs being much more actively involved in holding joint military training activities with NATO member states. 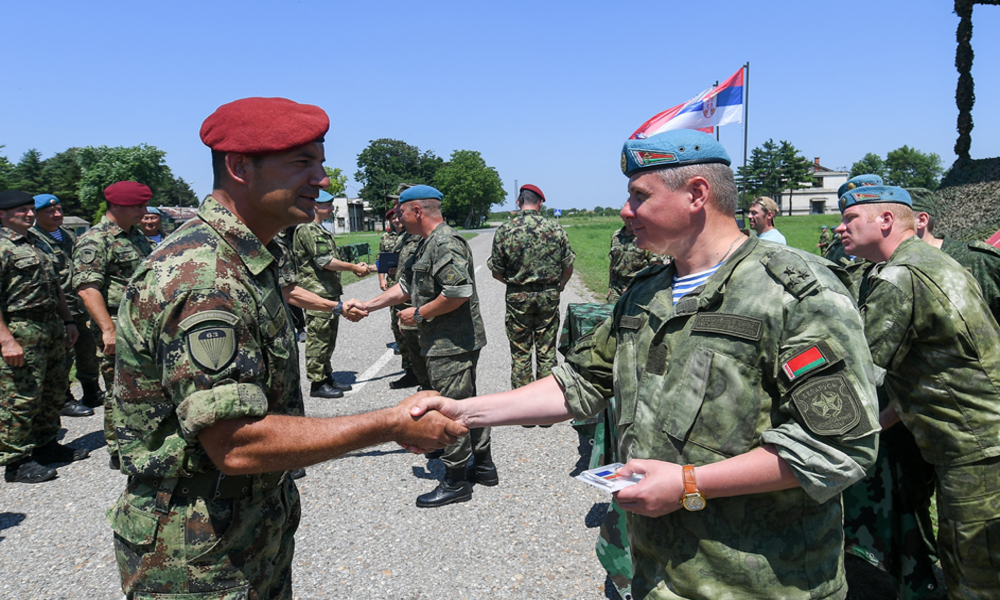 The Slavic Brotherhood war games have been hosted for several years in Russia, Belarus and Serbia. This year’s edition was held in Serbia and involved 200 Russian paratroopers, 300 Serbian troops, 60 Belarusian military men, as well as up to 50 combat vehicles. Live-ammunition drills began on June 15 in the Serbian city of Pancevo, located north of Belgrade, where allied forces conducted joint combat tasks pertaining to anti-terrorist operations. The opening ceremony took place a day before at a local headquarters of Serbia’s Special Forces Brigade. Joint drills lasted until June 26 and were held at various training grounds around the country. Right before ending the war games, Serbian Defense Minister Aleksandar Vulin said that exercises the Serbian military held with Russia and Belarus show Belgrade has allies “in any future war in the Balkans.” Vulin said the Slavic Brotherhood military maneuvers Serbia demonstrate “we are no longer alone.”

Saying that Serbian allies make “that horrible moment in our history will never repeat again,” referring to the 1999 NATO bombing of Serbia in a bid to put to a halt a crackdown against Kosovo. Vulin is known for his pro-Russian sympathies. Last few months marked mounting tensions between Belgrade and Kosovo, the latter of which is officially recognized by most Western states, but not by Serbia, Russia and China.

The Slavic Brotherhood drills are not the only form of training cooperation between Serbia and Russia. For instance, elite Serbian troops joined a similar exercise in 2018 in Novorossiysk in Russia. In 2013, Serbia had become a non-member observer state in the Russian-led Collective Security Treaty Organization (CSTO). Addressing the Parliamentary Assembly of the CSTO on May 20, Deputy Speaker of the Serbian parliament Veroljub Arsic thanked its member states for their support for Serbia over the issue of Kosovo.
Although Serbia’s drills with Russia are widely publicized and should depict ever-tightening partnership between Belgrade and Moscow, Belgrade is in fact more committed to cooperating with NATO. Since Serbia joined the NATO Partnership for Peace program, it has participated in over 150 military exercises with NATO member states. The number of joint activities in the same period with Russia was ten times smaller.