The shameful failure of Russia’s Federal Security Service (FSB) in the infamous Navalny case did not disgrace the country’s domestic security agency. Quite the contrary; the Kremlin is well aware of the more vulnerable FSB prompting a weaker Putin’s regime, with the service being a top pillar of his tenure. Instead of personnel reshuffles amid the failed Navalny case, the FSB is growing stronger, seeking broader competencies than those it now holds and more money – uncontrolled by anyone. Besides, a new act, which in fact covers what the FSB does, seeks to shield the state agency against such blunders as the FSB’s operation to poison Russian opposition activist Alexey Navalny. 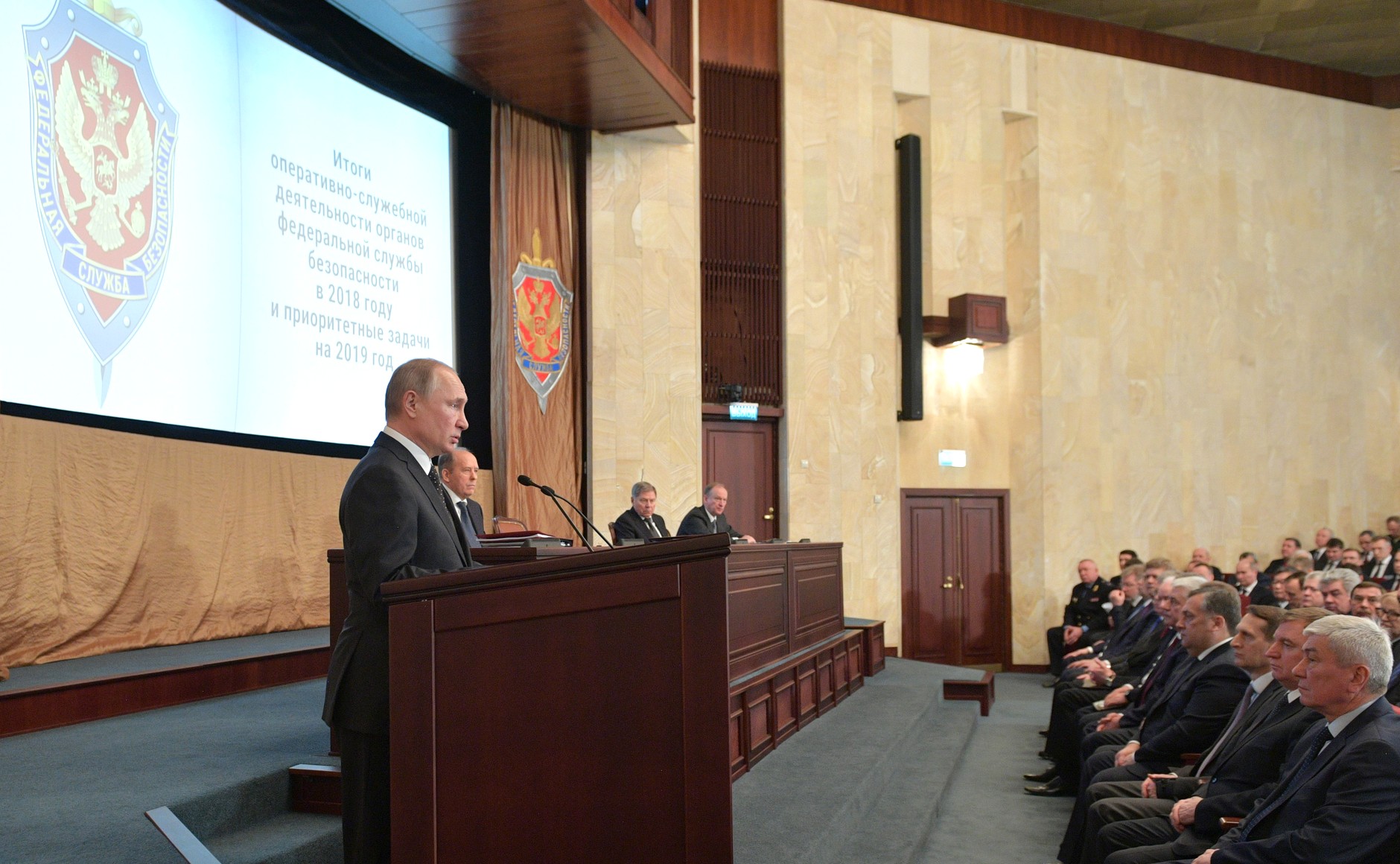 On January 7, Russia’s state broadcaster screened a documentary about the country’s military intervention in Syria, with Putin naturally featuring the film. Among other things, he praised the FSB for its successful efforts to neutralize threats from Syrian jihadists. It might be said the security agency has seen nothing but a series of praise recently and weathered the Navalny scandal. Quite the contrary; the Federal Security Service demands a mandate to defend its facilities amid “an increase in the number of armed attacks.” By claiming so, the FSB said there is still a risk of unauthorized actions targeting such facilities and their personnel. The authors of the draft presidential decree also suggested some additions to the current special service law, in particular by including a provision that the FSB “carries out activities to ensure the information security of the Russian Federation in areas like information and psychology within the limits of its responsibility.” Under the draft decree, the president or the state government will be allowed to set monthly payments and some other ones to FSB officers in addition to what the current law assumes. How much they will get will depend on the complexity and importance of their duties. Public hearings on the project began on December 28.

On December 22, Russian legislators at the State Duma amended a bill “On State Protection of Judges, Officials of Law Enforcement and Control Bodies.” On December 30, the Russian president signed into law an act that restricts the disclosure of information relating to both the work and private lives of law enforcement agents. The document provides for the possibility of banning data on judges, prosecutors, Investigative Committee officials, FSB officers, and some military personnel – even when there is no immediate threat to their safety. The authors of the bill note that this measure can be applied only if there is a threat to the employees’ life or health. The rationale for the bill was that the publication on the Internet of information about events and circumstances of the private life of law enforcement officers might negatively affect their ability to exercise their powers. The document also introduces updates to the act on operational and investigative activities that prohibits the disclosure of data contained in forms sent to citizens and organizations. Such information now can be made public only with the consent of the representative of the authorities carrying out specific operational and investigative activities. The prohibition shall not apply to any details disclosed open court hearings and statements from the prosecutor’s office or courts, both in the media and online.