Moscow and Kiev gave each other a “Christmas gift” by extending their sanction lists. On December 25, Russian PM signed a regulation concerning this matter and on December 26 the same decision was made by the National Security and Defense Council of Ukraine. However, the mutually imposed sanctions do not influence the real economic relations between both countries. Especially when it is not difficult to circumvent them. This is, in fact, a political step within the increased tension between Moscow and Kiev in the recent weeks. 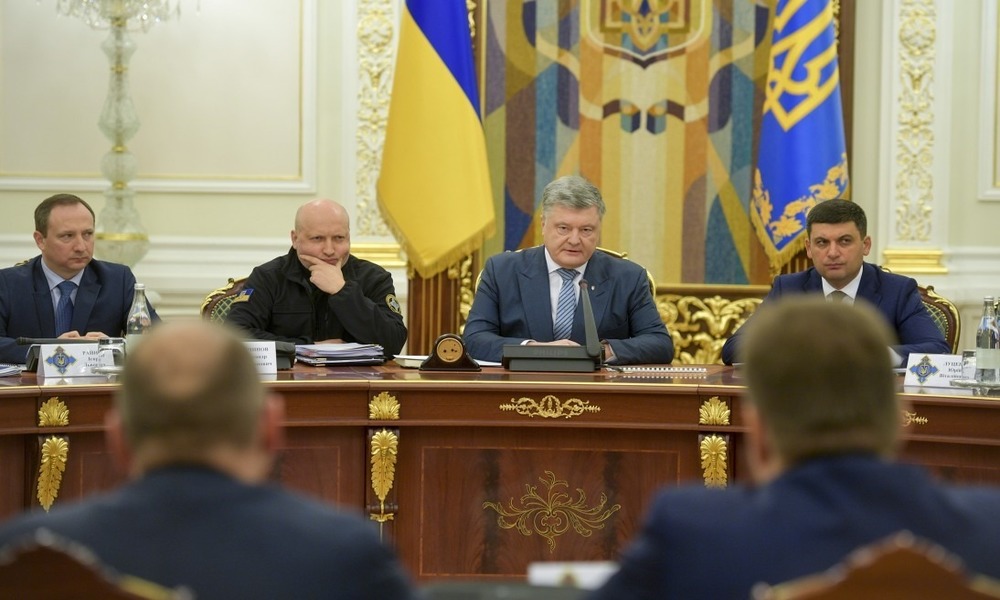 On December 25, Russian PM Dmitry Medvedev signed a resolution on sanctions against Ukraine. They concerned seven Ukrainian companies and 245 natural persons. The list contained e.g. Ukroboronprom military concern and Ukrspetsexport company, Centrenergo co-partnership and State Export-Import Bank of Ukraine. Among sanctioned natural persons there are e.g. Chief of the Main Directorate of Intelligence Vasyl Burba, Head of SBU Vasyl Hrytsak, Mayor of Odessa Gennadiy Trukhanov, former PM Yulia Tymoshenko, Secretary of the National Security and Defence Council of Ukraine Oleksandr Turchynov and Minister of Internal Affairs Arsen Avakov. A former PM and a Leader of People’s Front Arseniy Yatsenyuk, a leader of the Crimean Tatar Mustafa Dzhemilev and a former leader of the Right Sector Dmytro Yarosh have been sanctioned as well. Sanctions provide for, among others, blocking financial resources, securities and assets in the Russian territory. The first round of sanctions was imposed on November 1 – then, the Russian government decided that it would impose economic sanctions against 322 Ukrainian citizens and 68 companies. Now, 567 people and 75 companies from Ukraine are sanctioned. Kiev responded to Moscow the other day. On December 26, the National Security and Defense Council of Ukraine extended sanctions for the attack on the Ukrainian vessels in the Kerch Strait and sanctioned organisers of the so-called “elections” in the occupied part of Donbas. A list of sanctioned people and entities was not published. Earlier, it comprised about 1.8 thousand people and almost 800 legal subjects.

The imposed mutual sanctions do not have a real influence on the economic relations between Ukraine and Russia. Neither of these countries wants to take steps which would be noticeable for the other. It is particularly visible in the matter of the Russian gas transit through Ukraine and import of Ukrainian coal or nuclear fuel through Russia. Moscow’s sanctions are strongly personalised – this allows Russia to say that it wants to punish only the representatives of the “Bandera’s junta”, not the ordinary Ukrainians. However, companies and people considered as proponents of the cooperation with Russia, such as deputy of the Opposition Bloc Mykhailo Dobkin are sanctioned as well. Therefore, some experts point out that the opposition circles which do not want to cooperate with the strongly supported by the Kremlin political project of Medvedchuk, Rabinovich and so-called gas clan were touched by sanctions as well.