Recent statements of the most important Russian representatives confirm that Moscow still hopes for taking control over entire Ukraine. This is the reason why Moscow does not acknowledge the independence of the so-called People’s Republics in Donbas and is developing its military potential in the Crimea, attacking the autocephaly of the Ukrainian Orthodox Church and threatening with war. At the same time, Moscow claims that it wants to stick to agreements made with Ukraine and blames authorities in Kiev for provocations aiming to aggravate bilateral relations. 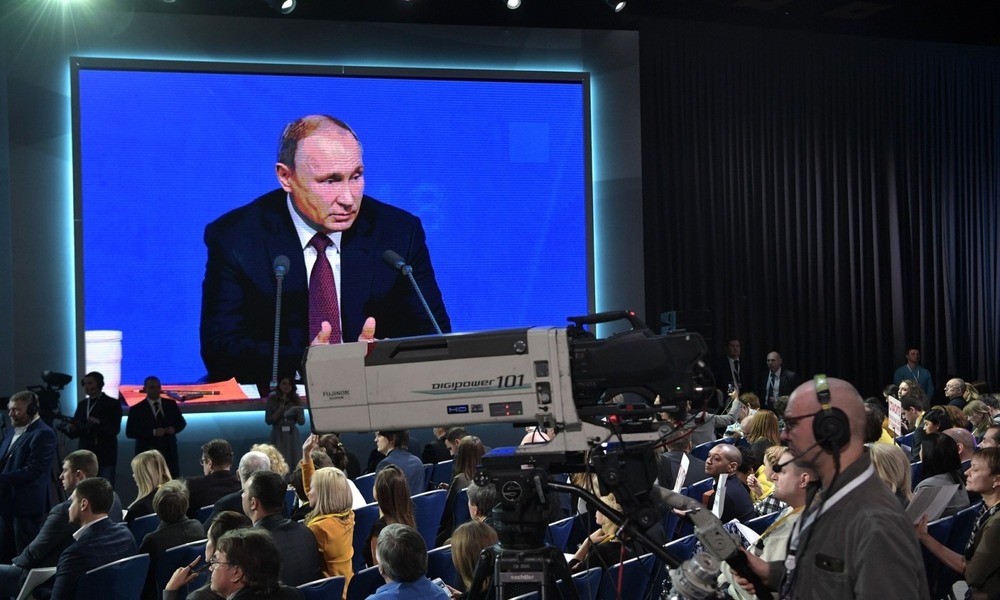 On December 20, during the annual great news conference, the President of Russia Vladimir Putin expressed willingness to respect the agreement about the Sea of Azov. He announced that the future of the Ukrainian sailors – arrested on November 25 near the Kerch Strait, accused of illegal crossing of the Russian border and placed in the Lefortovo Prison controlled by FSB – will be decided in court. At the same time, Putin stressed that the Crimea was and would be a part of Russia no matter what – it should be interpreted that Russia will be still reinforcing its defence capability in the Crimea. Recently, Russians mounted subsequent missile systems in the peninsula.

Putin’s declaration that Russia is ready to obey the agreement with Ukraine concerning the Sea of Azov contains a trap. On the basis of the agreement, both countries claim that the Sea of Azov and the Kerch Strait – over which Russia built a bridge after the annexation of the Crimea – are their internal territory. The problem is that the agreement was made long before the annexation of the Crimea when the waters of the Kerch Strait were divided between those two countries. Now – after the annexation of the Crimea and construction of a bridge connecting the peninsula with Russia – Moscow claims that the waters of the strait are fully Russian as the strait is surrounded by Russian territories. This means full control over the strait and considering its waters as internal waters of Russia. This is why the Ukrainian vessels which were trying to get from the Black Sea to the Sea of Azov by this route were taken over.

The statements of Putin and previous of Sergey Lavrov clearly point that Russia does not play for the Sea of Azov, the Crimea or Donbas, but for control over entire Ukraine. This is why the recent council of the Orthodox Church in Kiev connected with the struggle for autocephaly which allows the independence from the Moscow Patriarchate caused outrage. These struggles were supported by the Patriarchate of Constantinople. One should expect that in the upcoming months Moscow will act aggressively in this matter. Provocations and even force incidents during the establishment of a new order of the Ukrainian Church can be expected. At the same time, Moscow is trying to convince that Kiev will aim at various provocations. On December 17, the Head of the Russian Ministry of Foreign Affairs Sergey Lavrov accused the Ukrainian authorities of preparing “military provocations” near the Crimea. His response to the question asked by one of the listeners of the Komsomolskaya Pravda radio also reveals the most important aim of Russia. Lavrov said that Moscow cannot acknowledge the so-called People’s Republics proclaimed by the Russian separatists in Donbas because this would mean a loss of the rest of Ukraine. Meanwhile, according to Lavrov “prevailing part of Ukrainians wants to set themselves free from the shameful regime”. This means that Russia will still be threatening Ukraine with a great war and provoking incidents such as the one from November 25 to force Kiev, or rather the West (which would influence Kiev) to a “peaceful” solution to the problem in Donbas which is a formal reintroduction of control under the central authorities, but on the Russian conditions. And this would mean a great influence of the separatists from Donbas on entire Ukraine’s policy with the real Russian control over the “People’s Republics”. All this is of course connected with the presidential and parliamentary elections in Ukraine in 2019.