TV Befriends Putin. Moscow is Preparing for the Elections

The speculations that a new owner of the 112 Ukraine news TV channel is connected with the main political representative of the Russian interests by the Dnieper river, Viktor Medvedchuk, have been confirmed. The same person has recently become in possession of another famous NewsOne TV channel. Changes in the ownership of the Ukrainian media are connected with the presidential and parliamentary elections in the following year. The pro-Russian camp wants to have the greatest influence possible on the public opinion. This is part of the Russian strategy which assumes that the upcoming elections are a good opportunity for the first time since the revolution in 2014 to start the reconstruction of the – formerly traditionally strong – openly pro-Russian political forces in Ukraine. 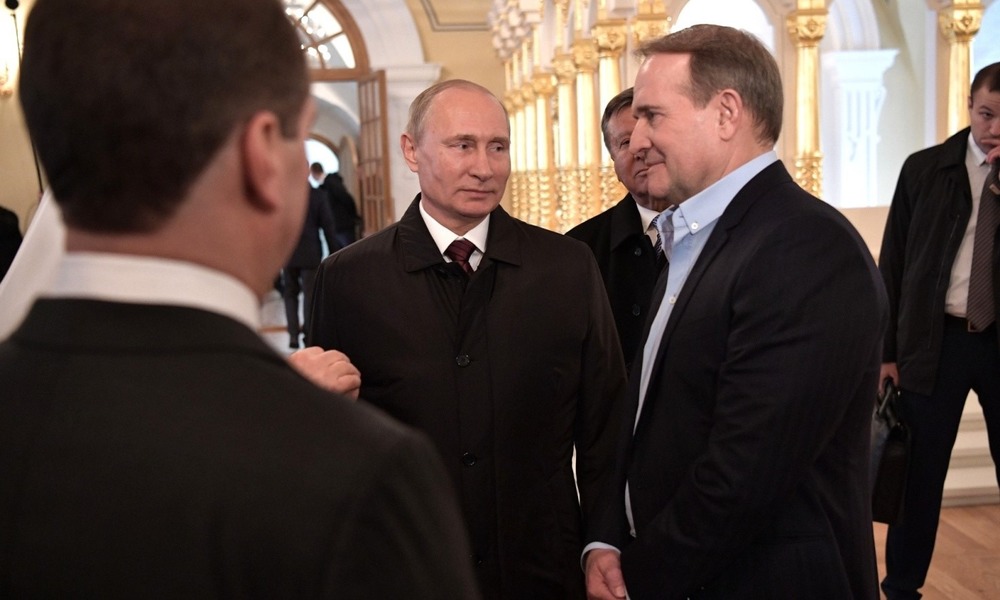 The deputy of the Opposition Bloc Taras Kozak turned out to be the real owner of all six TV channels belonging to the 112 Ukraine media group. The suspicions from previous months, after the change in the position of the official owner, that the TV was controlled by Medvedchuk were confirmed. Unofficial information about this appeared in spring this year when the company Plirofories AG registered in Switzerland and owned by the citizen of Germany Edward Katz has become an owner of the 112 Ukraine. Katz seemed to be a typical frontman. The Ukrainian journalists found out that the new owner of the television lived in a small town in middle Germany and his family had only one business: used-car dealer. In June, it turned out that the new leadership of Ukraine 112 was connected with Medvedchuk.

The new channel’s general producer Artem Marchevsky in 2015 took part in the Kyiv City Council elections from the Right of Nation party. Viktor Cherniy was the leader of this party. In 2013, Cherniy on behalf of the Ukrainian Choice organisation (which is led by Medvedchuk) talked about the necessity of conducting a referendum on the joining the then Zollverein by Ukraine under the aegis of Russia. Cherniy is also the vice president of the National Sambo Federation of Ukraine of which Medvedchuk is an honorary president. Cherniy leads the detective-security agency Storm. All cars used by Medvedchuk’s bodyguards are registered in this agency. After the change of the owner, the 112 Ukraine television ended its cooperation with Radio Svoboda which is considered by the Russian authorities as an enemy. After several months, Katz announced that he sold the TV channel. Now, it turns out that Taras Kozak, member of the parliamentary committee on the tax and customs policy of the Verkhovna Rada, owns the company. It is known that in the past he was closely cooperating with Medvedchuk. In October, Kozak bought the NewsOne TV channel.

Just after the change in the leadership, the 112 Ukraine TV channel conducted an interview with Medvedchuk in which he commented on Setsov’s starvation and advised against exerting any pressure on Russia. The leader of the pro-Russian Ukrainian Choice organisation turned out to be the first guest in “a Great interview with a great politician” programme on the popular TV channel. Viktor Medvedchuk is a former chief of the president Leonid Kuchma’s staff. He was considered as a power broker in the Ukrainian politics in the time preceding the Orange Revolution. Medvedchuk is a close friend of Putin. The Russian President is the godfather of the Ukrainian politician’s daughter. Probably due to his great relations with the Kremlin, or maybe due to the Russian suggestions, in 2014 Medvedchuk became the special envoy of Ukraine on negotiations about the exchange of captives with the separatist republics in Donbas. Since March 2014 he is under the American sanctions.

Medvedchuk has recently become more active in politics which is connected with the upcoming elections. In July, Medvedchuk accepted the invitation of the Vadim Rabinovich’s For life party. In November, Rabinovich joined part of the Oppositional Bloc connected with the so-called gas clan. Rabinovich and his party started exerting pressure on the unification of the pro-Russian forces just after joining Medvedchuk’s grouping. Putin’s friend is today considered as the main representative of the Kremlin’s interests in the Ukrainian politics, and the alliance of Rabinovich with Yuriy Boyko may be a favourite grouping of the Kremlin in the elections.