Ukraine in the Sea of Azov. Symbolic support from the West

Ten million dollars of support from the USA and a visit of a small British warship. These are not very impressive means of support from the West for Ukraine in its confrontation with Russia in the sea. The problem has suddenly become important after the so-called Kerch incident on November 25. However, Ukraine takes a weak position in this matter. 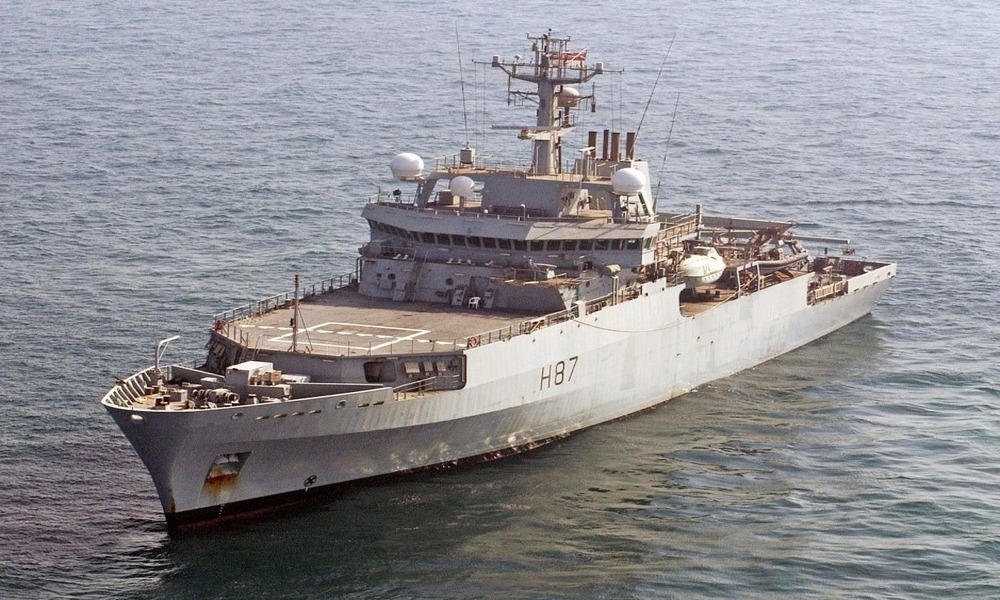 The United States informed that they would provide 10 billion dollars of financial help for Ukraine in order to increase the potential of its navy. This is a direct reaction to the seizure of three Ukrainian vessels by Russians on November 25 (so-called Kerch incident). However, it is rather obvious that the help is – to say the least – very symbolic.

The Department of State informed about the help on December 21, just after the announcement of Great Britain about the help for Kiev aiming to increase the power of the Ukrainian navy. The USA again appealed to Russia to immediately return the seized vessels and release the Ukrainian sailors as well as to maintain open water transport through the Kerch Strait and the Sea of Azov. On December 21, London announced that it would send instructors who would train Ukrainian sailors. A group of officers from the British Royal Navy is to arrive in Ukraine in January – the Minister of Defence of Ukraine Stepan Poltorak announced after the meeting in Odessa with Gavin Williamson, the Secretary of State for Defence. Earlier, Lithuania announced that it would send ammunition and additional military instructors in the matter of cybersecurity. On December 19, a vessel of the British navy HMS Echo arrived at the port in Odessa. It came to Ukraine in order to support the country in regard to the intensified Russian aggression – British Minister of Defence Gavin Williamson announced. The British vessel took part in e.g. training with the flagship of the Ukrainian navy, Hetman Sahaydachniy. On December 13, NATO promised to help the Ukrainian navy and announced that it would deliver secured communication equipment to Kiev until the end of this year.

Ukraine signalled that another attempt of transiting the Kerch Strait by the military units might happen. On December 19, Oleksandr Turchynov, Secretary of the National Security and Defence Council of Ukraine did not exclude such a possibility by inviting the vessels of the western countries to transit the Kerch Strait. But NATO is not in a hurry. Ukraine now faces a problem resulting from the governance from before 2014. In 2003, Kiev has signed a treaty with Russia on the Sea of Azov. Today it turns out how unfavourable it was. According to this treaty, the status of the Sea of Azov and the Kerch Strait is regulated by the bilateral agreement between Russia and Ukraine. According to Moscow, this bilateral character excludes the attempts of applying the international law by Kiev in regard to these waters in the matter of defence of security and economic interests of Ukraine. The treaty defines the Sea of Azov and the Kerch Strait as “historically internal waters of the Russian Federation and Ukraine” which shows that these waters have never had an international status. In fact, before 1991 these waters constituted internal waters of the Soviet Union. “The Sea of Azov should be demarcated along the state’s borderline under the consent of both parties” – the treaty says. Whereas “issues connected with the waters of the Kerch Strait should be regulated by an agreement between two parties”. There is no reference to national sectors in regard to the border in the Sea of Azov and there is nothing mentioned about the border of the Kerch Strait. After the annexation of the Crimea, Russia claims that according to the treaty, entire waters of the Kerch Strait belong to Russia, which means that Ukraine has to ask for consent to transit the strait with its warships.