The CEO of Rosneft, Russia’s crude oil major, made a proposal to cut transportation tariffs via the pipeline network that is managed by the Russian oil pipeline monopoly Transneft. The latter firm said these hit to a record-low level, with money flowing out from the federal budget, into pockets of private shareholders. Both parties to the conflict blamed the crisis that sparked off after Russian had pledged to curb its oil output under a landmark OPEC deal. Yet with the federal rescue plan for the country’s oil sector, Rosneft’s Sechin is likely to win the feud. Nonetheless, Vladimir Putin may eventually change his mind after having been in talks with Transneft’s Nikolai Tokarev back on May 28. 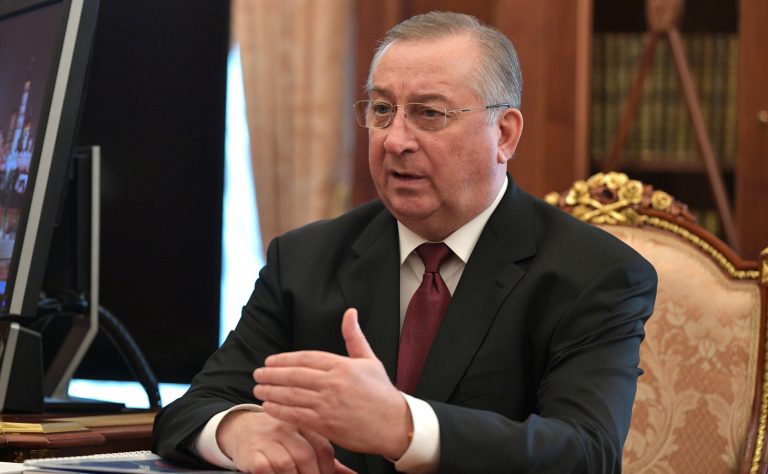 Transneft says transportation tariffs should go up instead of going down. Russian oil majors, it noted, pay on average 2.5 times less than similar companies elsewhere. The discussed cuts in Transneft’s tariff will result in an increase of private shareholders’ earnings at the expense of the state that gets 80 percent in dividends. Private stakeholders gain 42 roubles in dividends and the state – just 14 roubles – per 100 roubles of net profit, Transneft experts say. Meanwhile, Transneft can offer the state between 40 and 79 roubles per 100 roubles of its net profit. Russian oil pipeline monopoly said a drop in the percentage of oil firms that deliver energy commodities through its pipeline network would be tantamount to a dramatic shrinkage in the company’s whole earnings.

A presentation that Transneft published on its website comes in response to Sechin’s request to reduce crude transportation costs he had submitted to Vladimir Putin at a May 12 meeting. The CEO of Rosneft showed muddled figures, too. In 2008, he said, crude oil traded for 1,100 roubles compared to 1, 200 roubles now. Transneft has jumped from 822 roubles to 2,100 roubles per ton per 100 kilometers. Transport costs now make up roughly 33 percent of the whole oil price. Sechin asked Andrey Belousov, Russia’s Deputy Prime Minister and a member of the board of directors at Rosneft, for state help. While commenting on Sechin’s request, Igor Dyomin, an advisor to the head of Transneft, said this calculus was inaccurate. Last autumn, Dyomin grabbed the headline following his squabble with Gerhard Schroeder, a retired German chancellor who is now chairing the board of directors at Rosneft. According to Dyomin, Sechin, while speaking about transportation costs, was right to cite crude figures in tons – as this is how shipping costs are calculated. The problem was that Sechin quoted the crude price in barrels instead of tons. The standard is the 7.33 barrels-per-ton conversion ratio. He did not take into account the difference in the dollar back in 2008 and now. By comparing the price of a barrel with a price for shipping a ton of crude paints a far distinct picture than what Sechin said. It turns out that Transneft transportation costs are not that high. Dyomin based his calculus on this year’s data, according to which Rosneft has its commodities shipped twice as cheap than before.

Rosneft and Transneft, Russia’s biggest oil firm and the country’s oil pipeline monopoly, have in the past quarreled on and off about everything. Transneft and Rosneft are headed by two influential allies of Russian President Vladimir Putin, Igor Sechin and Nikolai Tokarev, who both have had a long history of differences over a number of issues. Last year they had a row over a tainted oil crisis in the Druzhba crude pipeline. Between 2014 and 2017, Rosneft publicly attacked Transneft over the latter’s alleged moves to overstate oil loss standards via its pipelines. In 2013, these two had been at loggerheads amid transportation costs via the Eastern Siberia-Pacific Ocean (ESPO) pipeline that Rosneft uses to send its energy goods to China.