Russia’s biggest state-run crude oil company Rosneft officially confirmed it saw the shift in its ownership structure – and is now no longer controlled by the state after the Rosneftegaz state holding company had relinquished its controlling stake. This is a step towards handing the Kremlin-endorsed company to Putin’s close allies and their foreign partners, all of whom are likely to pump money out of the oil company. Of course, Igor Sechin will be at the helm of this. 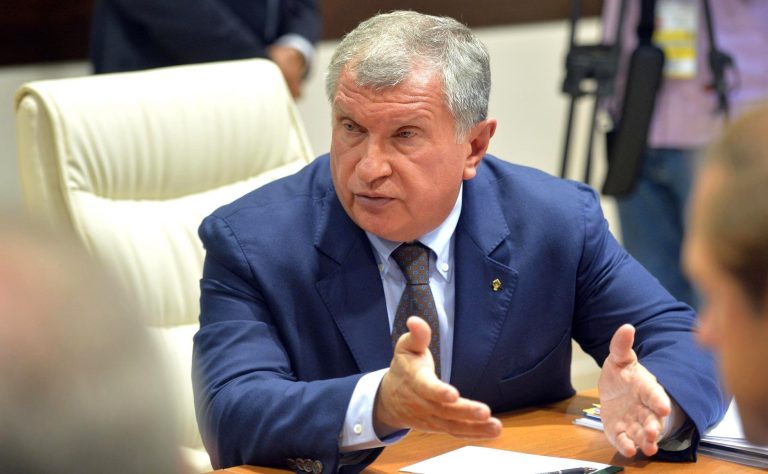 Russian energy giant Rosneft re-appointed chief executive Igor Sechin, starting from May 24, 2020, for another five years. Sechin took the office as the chief executive of Rosneft in May 2012, prior to which he was the chairman of the company’s board of directors (a type of the managing board) for several years (2004–2011). In November 2012, Sechin took on a new role at Rosneft, becoming its chairman. Since June 2013, he served as the deputy president of the Rosneft board, with Germany’s former chancellor Gerhard Schroeder being at the helm. It was clear beforehand that Sechin would enjoy the support from the Russian government. It earlier approved directives to extend the contract of Rosneft CEO Igor Sechin for five more years. There are a couple of Russian cabinet officials in the board of Rosneft, including Deputy Prime Minister Andrey Belousov, Energy Minister Alexander Novak, or Igor Sechin himself. The deal was inked as early as on May 8, according to some media outlets.

Igor Sechin owns a 0.1273 percent share in the company. The Rosneftegaz state holding company remains by far the biggest shareholder – yet it has no actual power over the company. Rosneft has changed its legal status from a state-controlled to state-owned company. Rosneftegaz now has a 40.4 percent stake, down from just above 50 percent before the deal. Thus it has waived its controlling stake in the country’s largest oil producer. This reportedly happened on March 28, 2020, yet it is only now that Rosneft made the information public. RN-NeftCapitalInvest, a subsidiary of Rosneft, had become the owner of 9.6 percent of the company. It is an outcome of Rosneft’s cessation of its participation in all projects in Venezuela. On March 28, 2020, the Russian government via the Federal Agency for Government Property Management set up a new oil company, Roszarubezhneft, with an authorized capital of 322.752 billion roubles. The firm was registered in Moscow when Russia’s oil major Rosneft announced its plans to stop its operation and sell its assets in Venezuela – in exchange for a 9.6 percent share. Under the agreement, Rosneftegaz would be granted a package of Rosneft’s shares.