Igor Sechin, the head of Russia’s energy giant Rosneft, was the first to blame for Russia’s downfall in the oil price war. Furthermore, he was a key driver of Moscow’s exit from the OPEC pact. Oil prices dropped to record-time lows while Russia made a comeback to the cut deal –– yet on worse conditions. Nonetheless, the country’s biggest oil suppliers were wrangling over how to distribute the country’s promised cuts, with Rosneft being in favor of a proportional share. All in all, Sechin’s energy group brought on the biggest burden yet hoping to win some state aid instead. 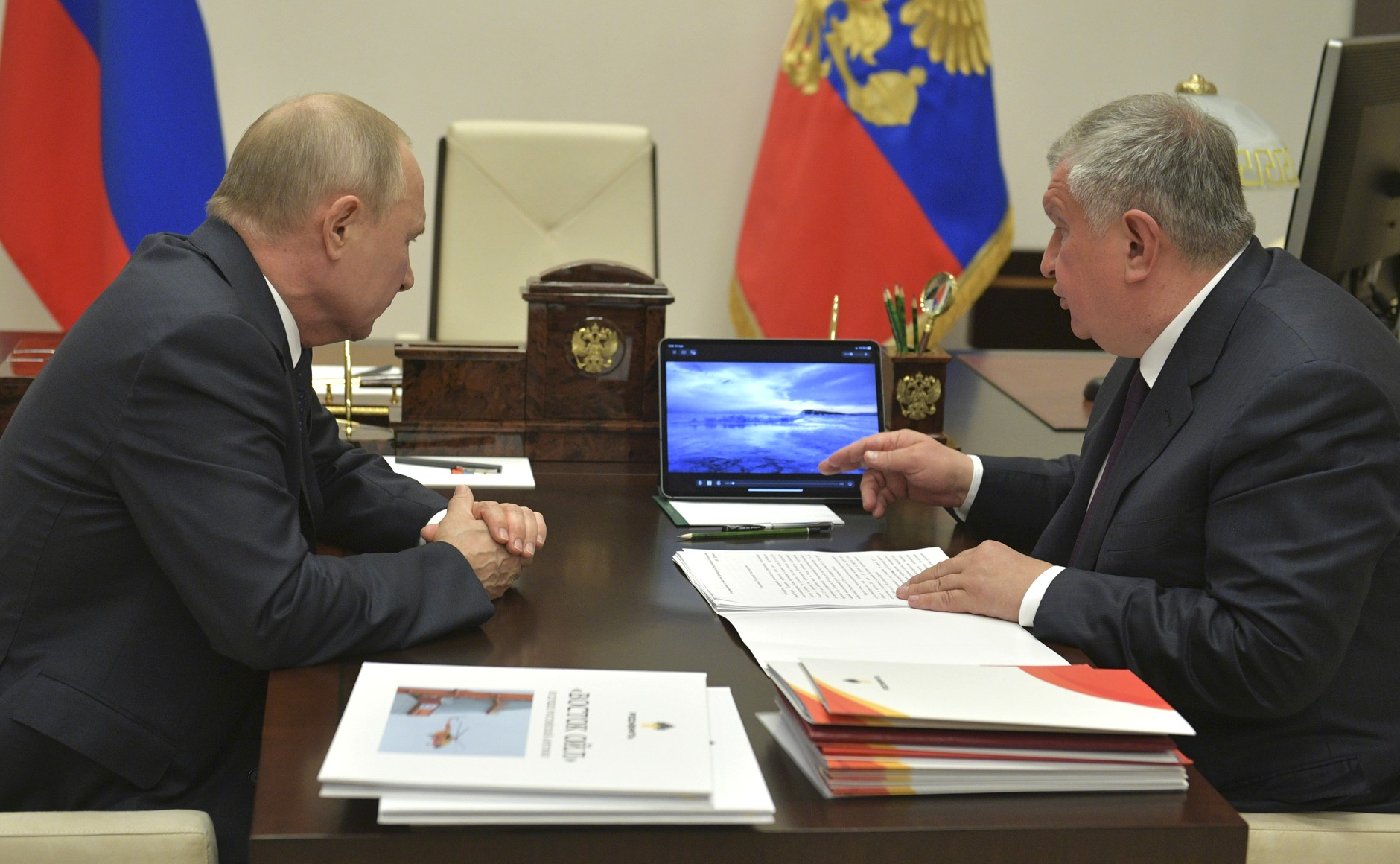 On May 12, Igor Sechin, CEO of Rosneft, met with Vladimir Putin to discuss the current situation in the oil and gas sector. Importantly enough, this marked a rare face-to-face meeting Putin has had just a few over the past few weeks. Also, this was the first conversation since the outbreak of the oil price war when Sechin insisted that Russia abandon the deal in a move that ended badly for Moscow. Their meeting coincided with fresh news reports on Sechin’s new request for extra tax breaks. The head of Russia’s energy giant Rosneft has asked Prime Minister Mikhail Mishistin to add tax breaks for production at the hard-to-recover Kharampur field in Western Siberia to ramp up the economic condition of the deposit, jointly developed by Rosneft and BP. In late 2019, the total estimated reserves of the Kharampur gas field were around 735 billion cubic meters (bcm).

With a lower mineral extraction tax, Rosneft could save up to 500 roubles per 1,000 cubic meters of gas at an average gas price of 3,500 roubles per 1,000 cubic meters. By 2021, Rosneft could notch up between 7 and 8 billion roubles in sales. The CEO of Rosneft had submitted his request in late March yet this was only recently that independent media outlets informed about the case. In his letter, Sechin wrote his company would need costly technology to produce raw materials and overall output could be unprofitable without any tax incentives. Thus, Rosneft’s head suggested reducing the mineral extraction tax (MET). A comparable rate has been in place since 2013 for other hard-to-exploit Rosneft fields. For the time being, few details are known about the impact of Mishustin’s infection on Sechin’s appeal –– as the Russian prime minister is a close ally of the CEO of Rosneft. First Deputy Prime Minister Andrei Belousov is replacing Mishustin in his absence.