In a lengthy essay published in U.S. magazine The National Interest, Russian President Vladimir Putin discussed the topic of both World War II and the current affairs worldwide. Though stuffed with a number of references to many other documents, the historian-like exegesis is far from being a scientific paper. The author was inclined to insert the quotes that embolden his thesis while most importantly misinterpreting historical facts. What for? To accomplish some outstanding political goals. 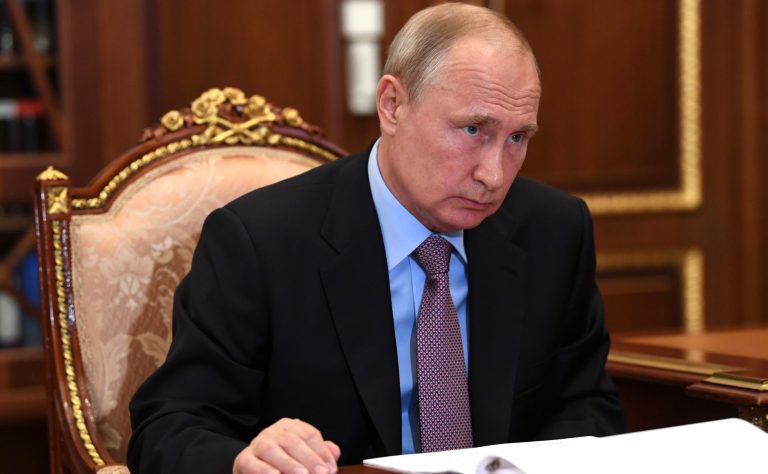 Putin has yet again slammed Poland, rebuking the country for starting the war. Putin sees Poland’s invasion of the Czechoslovak border area of Zaolzie –– an outcome of the Munich Agreement –– as the country’s alleged being in cahoots with Adolf Hitler. Earlier Putin had renewed his war of words with Poland, blaming the country for anti-Semitism before the outbreak of war in 1939. Both the Russian leader and some media outlets at home have insisted on the topic back in December 2019 and in early 2020, thus shortly before the Jerusalem memorial conference to mark the liberation of the Nazi death camp Auschwitz. By falsely accusing Poland of its purported conspiring with the Third Reich and its obstructing of military talks between the United Kingdom, France, and the Soviet Union in the summer of 1939, Putin is hoping for two political goals. First, his reading of history downplays the responsibility of Paris and London as both colluded with Hitler in Munich. Secondly, Putin tries to portray Poland as an untrustworthy ally who is to blame for its irrational moves that made the whole West suffer. This could be learned after reading another part of Putin’s essay that has sparked outrage both in Poland and the Baltic states. The Russian leader views the round anniversary of the outbreak of World War II as an opportunity to find answers to some outstanding challenges during somewhat a new Yalta conference. The problem is that an in-person summit of the world’s powers is unlikely, and so is a chance of taking conclusive steps, chiefly between the United States and China. Of course, there is no chance of building a brand-new world order, either. These are nothing but empty words; Putin’s top goal is to stop his country’s isolation by lifting at least a portion of punitive measures or through Moscow’s comeback to the G7. Also, since March this year, the Kremlin has urged other countries to remove sanctions against Russia amid the pandemic while calling for cooperation.