The fall in Vladimir Putin’s popularity ratings is bucking the trend. The pandemic and much-criticized state policies, including the president’s self-isolation from Russian society, have created a less comfortable environment for the Kremlin while only speeding up some alarming shifts. What is particularly grappling for Kremlin officials is that Putin’s traditional voters, who have hitherto labeled themselves as “apolitical”, are becoming more and more interested in domestic affairs. With their growing interest in politics and chiefly a critical approach towards state officials, Russian society comes as more knowledgeable than ever before. 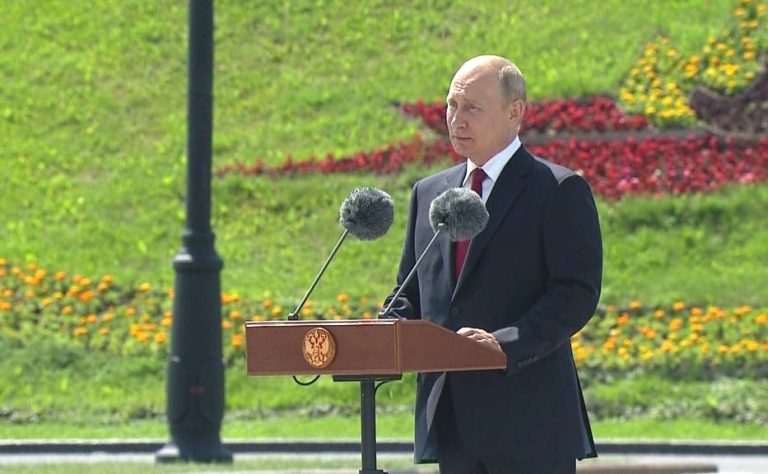 The Russian state has failed the coronavirus test, chiefly amid the autocratic personalized model, in which far too much depends on the president. With Vladimir Putin locked down in the Novo-Ogaryovo residence outside Moscow and ruling the country via video conferences, the state becomes little efficient that way. Importantly, unlike in the past, Putin did not find a scapegoat whom he could blame for the coronavirus crisis, nor did he shift whole responsibility to the prime minister or local officials. Neither Mikhail Mishustin nor Moscow Mayor Sergey Sobyanin is likely to follow Dmitry Medvedev’s example and earn undeserved criticism. In Moscow, Russia’s biggest coronavirus outbreak, local authorities are performing quite well. For Russian public opinion, these two officials are doing much better than Putin who has isolated himself from society in its Novo-Ogaryovo residence outside Moscow.

Back in late April, popularity polls found that Putin’s ratings went down, unlike was the case of Western leaders. While the approval ratings of most Western presidents have risen amid the new coronavirus pandemic, President Vladimir Putin’s ratings are consistently declining. State propaganda solutions proved useless, sociologists say. There are more and more people criticizing the authorities in virtually all social groups throughout Russia. Finally, Putin’s self-isolation is being judged not as rational behavior. Educated urbanites have always been against Putin’s rules. Yet he could ignore them as long as he enjoyed support from the provincial working class, which has always been a pillar of the regime. The pandemic has yet changed the status quo, with more and more Putin’s voters declaring themselves as interested in politics and hence more judgmental toward the regime. However, their objection stems from different reasons than that of urban residents. Those who in the past voted for Putin are now irked by the president’s weakness as the incumbent leader is inept to take sufficient steps.