Russian President Vladimir Putin said that a referendum on constitutional changes that would allow him to stay in office past his current term will be held on July 1, or basically throughout the whole last week of June. With a blend of the Victory Day parade and plausible vote-rigging tools, the Kremlin seeks to hit both an adequate turnout vote and a much-desired result. 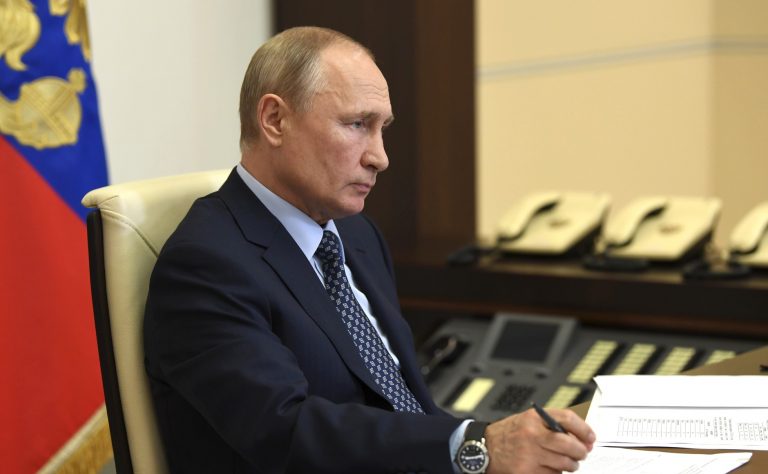 The vote on the reforms had been planned for April 22 but had to be postponed after Russia experienced a surge in coronavirus infections. Likewise, the traditional Victory Day parade marking the anniversary of the Nazi defeat in World War II was postponed from May 9. The vote will be held a week after Russia is due to hold rescheduled grand celebrations on June 24 marking 75 years since Joseph Stalin received a parade after the Nazi German surrender in 1945. That was a much-expected move; the Kremlin is fearful of dropping turnout rate amid the growing dissatisfaction with the incumbents. Putin’s approval ratings sank to the lowest in the two decades he has been in power, according to the Levada Center, the nation’s top independent pollster.

Vladimir Putin on July 1 set a July 1 date for a nationwide vote on constitutional amendments allowing him to extend his rule. Anna Popova, the head of Russia’s public health watchdog, offered assurances that holding the referendum on July 1 would be safe for the public. July 1, which falls on Wednesday this year, is to be a day off work for all Russians. Starting from June 25, in the six days before July 1, voters will have a chance to cast ballots. In some of the country’s regions, perhaps also in Moscow, citizens will be allowed to take part in electronic balloting, too. A new law on amending Russia’s election legislation stipulates that due to the pandemic voters can cast their ballots by mail or in a remote online vote. Yet authorities can apply vote-rigging mechanisms. So will they use special tools to ensure safety for the public. In Russia, the nationwide vote is a never-before-seen thing –– it is neither an election, nor a referendum. Perhaps it will feature no foreign electoral observers, nor a mandatory approval threshold for adopting these changes. Surely the Kremlin is eyeing a high turnout to further strengthen Putin’s presidency. According to Russian pollsters, even independent ones, the vote is likely to see more than 50 percent turnout with most “yes” votes.