Nothing New Under the Sun: Russia Sends Its Strategic Bombers to Chukotka

Two Russian Tupolev Tu-160 strategic bombers performed an eight-hour non-stop flight from their Saratov home base to Anadyr airfield in Russia’s Chukotka Region near the U.S. State of Alaska, covering over 6,000 kilometers, the Russian Defense Ministry informed on August 14. Russia’s regime press outlets have widely publicized this mission, drawing particular attention to a threat posed by strategic aviation to U.S. military facilities in Alaska. What we are here dealing with is just using the mundane military drills for propaganda purposes in a bid to push aside a recent series of fatal incidents both in the Russian army and the domestic arms industry. 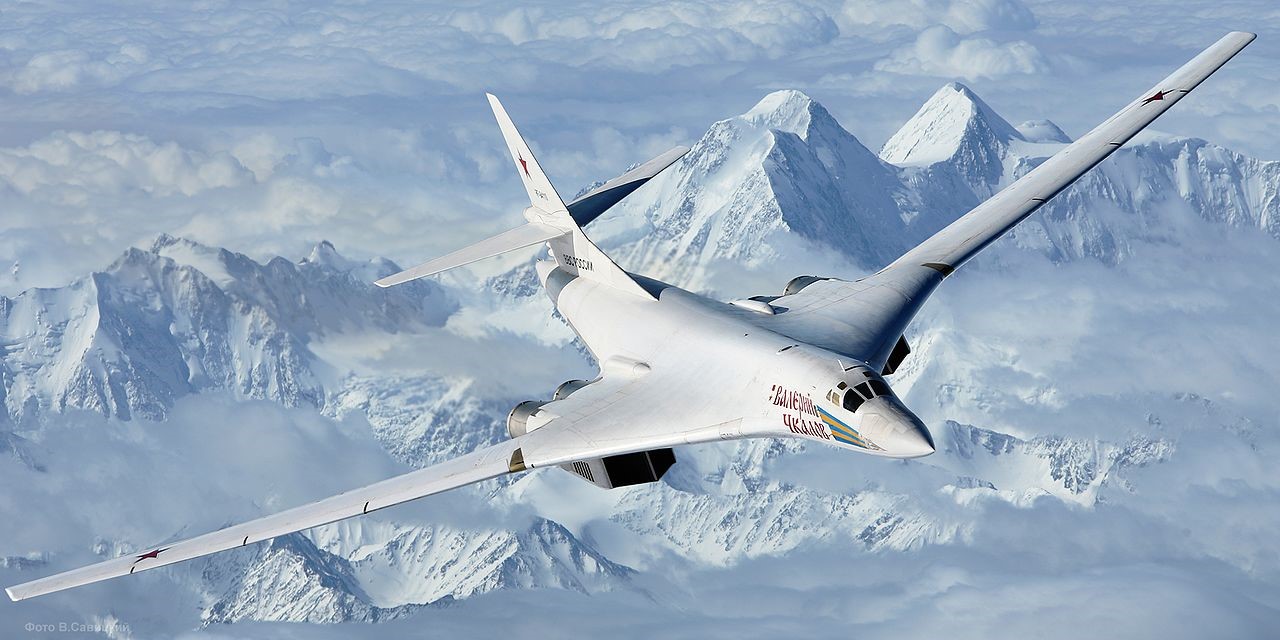 The ministry said the maneuver was part of a scheduled tactical flight drill involving about ten aircraft, including Tu-160 and Tu-95MS strategic bombers and Il-78 air-refueling tankers. The maneuvers are expected to last until August 28. The flight was intended to check the capability to transfer combat resources from their home bases to operational airports. Considering where the Tu-160 was exactly sent to, a conclusion is that Russia practiced the use of its long-range aviation in the event of an armed conflict with the United States. Such was the interpretation of the Russian government’s official daily Rossiyskaya Gazeta whose journalists emphasized that the drills showed Moscow’s ability to base nuclear bombers within 20 minutes flight time from U.S. territory. The distance from Anadyr to Alaska is less than 600 kilometers. Russia says that if necessary, the bombers’ target could be radar stations and the positions of interceptor missiles that are part of the U.S. missile defense system in Alaska.

Military drills have been staged shortly after the recent military aerial incidents that stirred up tensions between Moscow and the West. On August 13, Moscow informed that two of its Sukhoi Su-27 jets chased away a NATO F-18 fighter jet from an airplane carrying the Russian Defense minister Tuesday above neutral waters in the Baltic Sea. A day later, NATO said in its turn that its fighters had intercepted a pair of Russian Su-27 to make visual identification because they had been traveling over the Baltic Sea without a flight plan and with their transponders shut off. On August 9, the U.S.-Canadian North American Aerospace Defense Command (NORAD) said its fighters had intercepted two nuclear-capable Russian Tu-95 long-range bombers off the coast of Alaska. The action took place after the Russian planes entered the Alaskan and Canadian Air Defense Identification Zones, which extend some 300 kilometers off the western coast of Alaska. Russian Defense Ministry said that the aircraft remained in neutral airspace while their flight near Alaska was part of a 10-hour mission within the framework of the naval exercise Ocean Shield.

By using the Russian press outlets, the Russian army made its mission to Anadyr highly publicized, probably in an effort to divert attention from the latest series of incidents, such as that of a blast of a rocket engine carrying nuclear material. But almost exactly a year ago, Russia fielded its strategic bombers to Chukotka for the first time in history. It can be concluded that the current mission is part of routine drills, which will happen more often in the future. Russian-made Tu-160s are codenamed Blackjacks by NATO. A supersonic aircraft is capable of carrying up to 12 short-range nuclear missiles and of flying 12,000 kilometers without refueling.
Last year Russian used its Tu-160s in Syria to perform a series of raid attacks on the positions of Islamists. Russia is currently upgrading its Tu-160s; by 2027, the Russian Air Forces will have gotten ten modernized machines. The upgrade cost is estimated at $227 million.