Why Navalny Returned to Russia

Russian opposition figure Alexey Navalny flew back to Russia from Germany, as earlier announced. He has been detained upon landing in Moscow. Now Navalny is likely to serve a long term in prison. But the whole story is not over yet, being rather the beginning of Navalny’s way to the top. 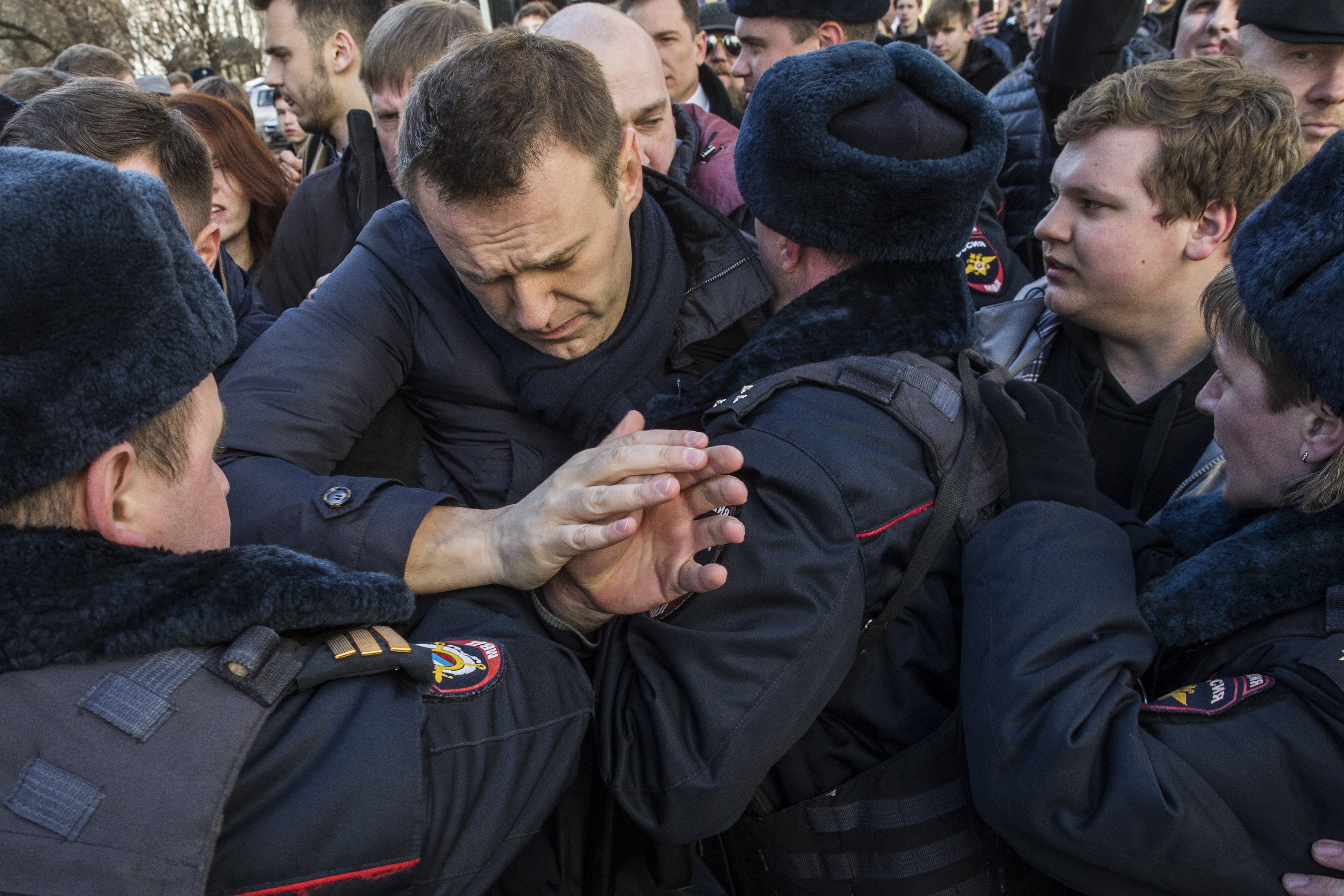 Alexey Navalny could not have done otherwise if he thinks seriously about fighting for Russia’s top offices in the future. By staying in Germany or outside Russia in general, he would share the fate of such Russian political immigrants as Garri Kasparov or Mikhail Khodorkovsky. Not incidentally, shortly after Navalny flew to Germany, Russian officials sought to portray him as a puppet of Western intelligence services, with his decision to stay permanently outside Russia just meant to confirm this fact. Naturally, both the opposition and clear-eyed Russian citizens are perfectly aware of what the whole thing looks like. Yet if Navalny aimed to reach his fellow Russians broadly, he had no other choice but to take the risk. A poll found that more people in Russia are likely to believe in what both the Kremlin and the Federal Security Service (FSB) said about the case than Navalny, which is now probably the last chance for the country’s top opposition activist. What is obvious is that the regime sought by all means to prevent its number one enemy from flying back to the country. Russia’s Federal Penitentiary Service, or FSIN, said in a statement published after the Kremlin critic announced his decision to return to Russia that it would want a suspended sentence replaced with a prison term. The prospect of being arrested and perhaps serving a years-long sentence did not prevent the Kremlin critic from coming back home. What might seem is that Navalny devised a detailed plan of his returning to Russia, with the date being one of the top points. The opposition figure flew back to Moscow a few days before Joe Biden is sworn in as U.S. president and right when Russia seems likely to complete the construction of its Nord Stream 2 gas link. Both Navalny’s detention and a wave of outrage that sparked in the aftermath might not end up well for the incumbent president. Firstly, it is difficult to imagine the new Biden administration not keeping the existing sanctions on Russia; it might even introduce much harsher measures than those already in force. Secondly, the Kremlin yet again gets the German government in a tough situation as Berlin officials express such a keen interest in finishing Nord Stream 2 that they dropped the idea of abandoning the gas link they had put forward after the attempted poisoning of Navalny. Calls to scrap Nord Stream 2 now come back twice as strong to Angela Merkel.

As predicted, the opposition figure was detained at an airport upon landing in Russia and held at a police station outside Moscow where he is currently awaiting the court’s ruling – unlikely to come as a surprise. The Russian judiciary is fully dependent on the regime. And even a conflict of interest the Moscow judge due to make the ruling to change anything in the case. The thing is that her father-in-law runs a business that earns money from state contractors, including deals with the Federal Penitentiary Service. So what does Navalny count on while voluntarily accepting to go to jail? Perhaps he hopes that being the regime’s number one enemy makes him untouchable for Russian officials. In a way, Navalny might feel safer in prison than in somewhere in exile – if anything bad happens to him in jail, Putin could not shirk responsibility. Possibly, Navalny made a tough yet sole decision to serve a years-long sentence in prison. But only in this way can he solidify his image of the lone courageous person to challenge Vladimir Putin. When the Russian regime plunges into a crisis, it is Navalny who might yearn to lead the country’s anti-government protests and possibly even to succeed Putin. Of course, this may be a long way to go. Furthermore, Russian ruling elites are developing confrontational, authoritarian, and anti-Western moods. The Kremlin does absolutely nothing of a wave of worldwide condemnation amid Navalny’s detention. Vladimir Putin cares far more for staying in power than maintaining a good image abroad. However, the risk of anything happening to Navalny is now much greater than a few years ago.