Iran: A Golden Opportunity for the Kremlin

Just before Shiite militias stormed the US embassy in Baghdad, Sergey Lavrov had met with the head of Iranian diplomacy. Just before Iran fired missiles at US bases in Iraq, Vladimir Putin had landed in Syria. A string of coincidences? If so, it was extremely favourable to Russia’s Middle Eastern plans. 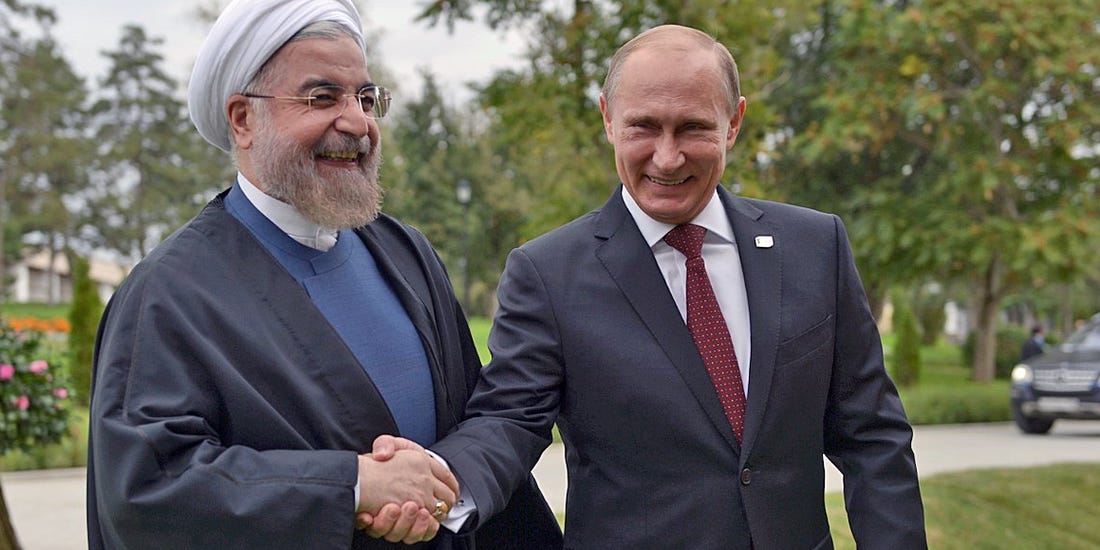 For the Kremlin, the crisis in the Middle East is an opportunity to both strengthen its influence in this scorching-hot region as well as to take advantage of the tense situation for a rapprochement with the US. That is why Russia has once again taken on the role of a mediator, while at the same time being actively involved “in the field”, which was manifested by Putin’s unannounced visit to Syria, followed by talks held with the President of Turkey, the Chancellor of Germany and – by phone – the President of France. Even though the recent events in the Persian Gulf region open up new opportunities for Russia, they also carry some risks. Of course, Moscow could not but condemn the elimination of General Qassem Soleimani. Of course, as a country truly concerned about peace in the Middle East, and not merely as an ally of Tehran, Russia also criticised the attack carried out by the Americans. The Russian state media describe the elimination of Soleimani as an “act of terror” committed by the US. Russian special services will use Soleimani’s death to destabilise the Middle East in order to distract the US from the situation in Europe. The chaos in Iraq will limit the country’s oil exports, which is also beneficial to Russia.

When assessing Russia’s reaction to the events in the Persian Gulf, first of all, one should take into consideration the following four aspects: economic, Syrian, Middle Eastern and global. Let us start with the first one. Undoubtedly, Moscow reaps financial benefits from such events, especially in the oil-rich Middle East region. After Soleimani’s death, the price of Brent crude oil rose to $70.2 per barrel (it is worth noting that the Russian budget is “adjusted” to $40 per barrel). However, despite all this, it is not the most important matter from the Kremlin’s viewpoint – after all, other large oil exporters, including the US, also profit from high prices. Political considerations are far more superior. The fact is that Russia benefits from the US-Iran conflict. First, the crisis encourages anti-American sentiments in the Middle East and, as a result, pushes the US out of the region – of course, the place is to be taken by Russia. Second, Soleimani’s death and the humiliating shooting down of a civilian airliner weaken Iran’s influence – Moscow also intends to take advantage of this issue. Russia’s takeover of Iranian positions is particularly evident in Syria.

Putin reacted quickly to the news of Soleimani’s death, who until recently was the most important external partner influencing Assad. The Quds Force commander was such an influential figure that his death resulted in the creation of a void in many parts of the Middle East, wherever local leaders (e.g. Assad) or armed formations (the Hezbollah movement in Lebanon, Houthi rebels in Yemen) maintained an alliance with Iran just through Soleimani. The Russian president took advantage of the situation and flew to Syria in person – which is very important – to convince the Syrian president that he does not have to concern himself with the death of Soleimani and the future of Syria’s alliance with Iran. Russia and Putin are the ones that Damascus should be betting on right now. For Moscow, the elimination of Soleimani is a great opportunity to take the lead in Syria. It is worth recalling that although Iran and Russia had previously jointly supported Assad in the civil war (besides, it is believed that Soleimani was the one who personally persuaded Putin to intervene in Syria), when it became clear that the dictator had won the war, Moscow and Tehran began to compete against each other to gain decisive influence on the situation in post-war Syria. In 2018, clashes broke out in the city of Aleppo between the Shiite militia supported by the Quds Force and militias linked to Moscow, when the Russian military police tried to take control over the Al-Nayrab airport, which became one of the most important Iranian bases in the region. When in October 2019 the Islamic Revolutionary Guard Corps arrested Russian journalist Yulia Yuzik, accusing her of being an Israeli spy, it was only the Iranian Ministry of Foreign Affairs that led to her release under heavy pressure from Moscow. Moreover, according to Russian calculations, by limiting Iranian influence in Syria, one can obtain great gratitude from Israel, and thus from the US.

The controversy surrounding the elimination of Soleimani and Iran’s retaliation also benefit Russia in another way. Here we have another tension between the US and Western European NATO member states. Even before that, Berlin and Paris had not hidden their irritation with Trump’s withdrawal from the nuclear deal with Tehran, and now there is growing discontent over the US silence – the Americans did not warn their allies about the attack on Soleimani. Right after the military operation, Mike Pompeo did not hide his disappointment over the lack of complete support in Europe. And to top it all off, Berlin and Paris held talks with Moscow concerning the situation in the Middle East. The Kremlin can, therefore, be satisfied with further tensions between the Euro-Atlantic partners.

Of course, Moscow does not strive for further escalation of the conflict, as it has already reaped its benefits. A potential war could shift the balance of power in the Middle East. First and foremost, it is not in the Kremlin’s interest to seriously weaken Iran (much more severely than it is today), let alone to lead to the fall of the Islamic regime. For Russia, Iran is still an important partner in the region, thanks to which it can achieve its goals in, for example, Syria, furthermore, at the same time, Moscow can use Iran to build up its image as a key mediator in the Middle East. For quite some time, Putin has been taking advantage of good relations with Iran in talks with Israel, the US and Saudi Arabia. Although they all realise that Moscow supports Tehran diplomatically and militarily, they still hope that they will be able to put pressure on the Iranians through the Kremlin. And these are the hopes that Putin will want to use today. On the one hand, he will get involved in the process of de-escalating tensions in the Middle East by acting as an intermediary. On the other hand, however, he will continue to support Iran, mostly diplomatically, while taking over some of Tehran’s geopolitical shares in several important Middle Eastern countries – with Syria, Iraq and Palestine at the forefront.