Russia’s state-run oil company Rosneft has yet again indicated that the Russian authorities should break Gazprom’s monopoly on gas pipeline exports. This may be closely linked to the recent shifts within the management board of the latter firm. Igor Sechin is, however, unlike to achieve success in this respect while his company may still receive financial aid from the Kremlin to help the heavily indebted company. Such Rosneft’s activity would not be possible but for the government’s approval. 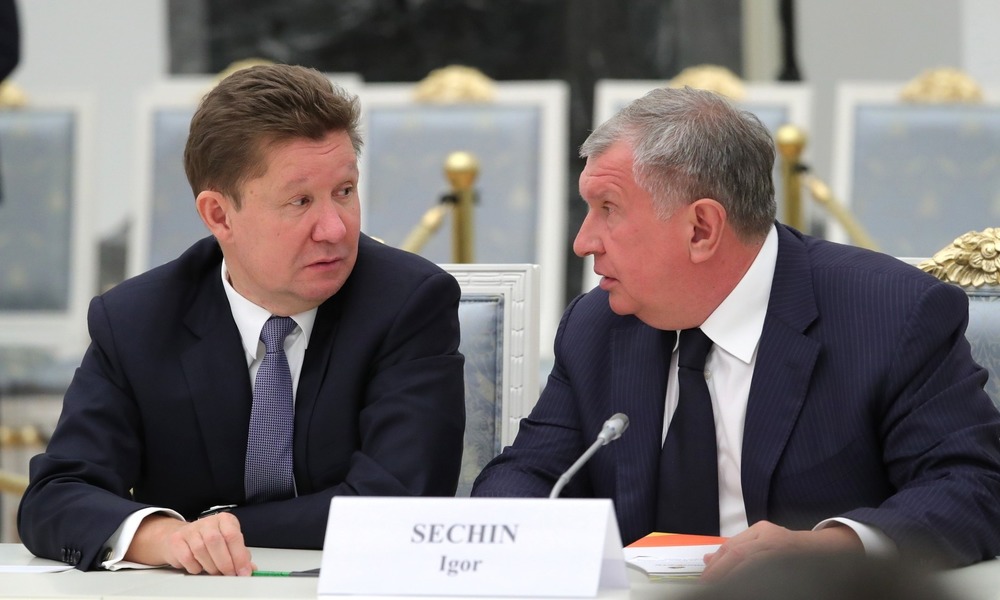 A few days after Gazprom announced major reshuffles within its management board, fuelled by speculations on a possibly insecure position of the company’s CEO Alexei Miller after the Arashukov scandal, Rosneft reconsiders the issue of its rival’s monopoly on gas pipeline exports. The company’s Vice President for Commerce and Logistics Otabek Karimov said Russia is able to increase its share in the global gas market after liberalizing domestic legislation on the natural gas export. Although gas production in Russia is still growing, the country’s shares keep dwindling, Karimov told delegates at the International Petroleum Week in London on February 27. This is to be solved by amending Russian law to allow independent gas producers to enter foreign markets. In line with the Russian legislation, only Gazprom has the right to export natural gas via pipelines though Rosneft and Novatek managed to obtain a permit to transship liquefied natural gas, thus lifting Gazprom’s exclusivity. Now Rosneft is in hopes of increasing shares in Russia’s gas market. In its development strategy until 2022, the company indicated that the implementation of a number of gas projects will provide it with 20 percent of Russia’s total gas market while raising output to more than 100 billion cubic meters (bcm). In 2017, Sechin’s firm sealed a gas cooperation deal with British Petroleum, gaining a powerful partner in the West. BP’s CEO Bob Dudley said his company was ready to purchase Russian gas starting from 2019 provided that the government gave its go-ahead.

Rosneft’s debt has experienced continuous growth since the company was established: in 2003, the company owed other business entities a total sum of 100 billion roubles. In 2011, this amount was 748 billion roubles, reaching 3.5 trillion roubles in 2016. And yet Rosneft’s management board awards its members with gigantic bonuses, praising them for “effective work”. Interestingly, Sechin keeps asking Russia’s National Wealth Fund to bankroll the company with credits worth a total of billions of dollars. Rosneft recently sought further tax reliefs for one of its oilfields. Most of Sechin’s applications are accepted owing to his friendly relationships with Putin that has the last word, and not the government that remains somewhat reluctant towards Rosneft’s CEO. He loses only to Putin’s other trusted men, including Chechen leader Ramzan Kadyrov. Once revived, the idea of eliminating Gazprom’s monopoly may thus mean that Sechin is aware of Miller’s weak position.