Russian privately held oil producer Lukoil and state-controlled gas monopoly Gazprom agreed on the terms of their joint project to commercialize reserves of the Vaneyvisskoye and Layavozhskoye fields in the Nenets region. This is another joint venture within the strategic partnership between the two Russian energy giants. 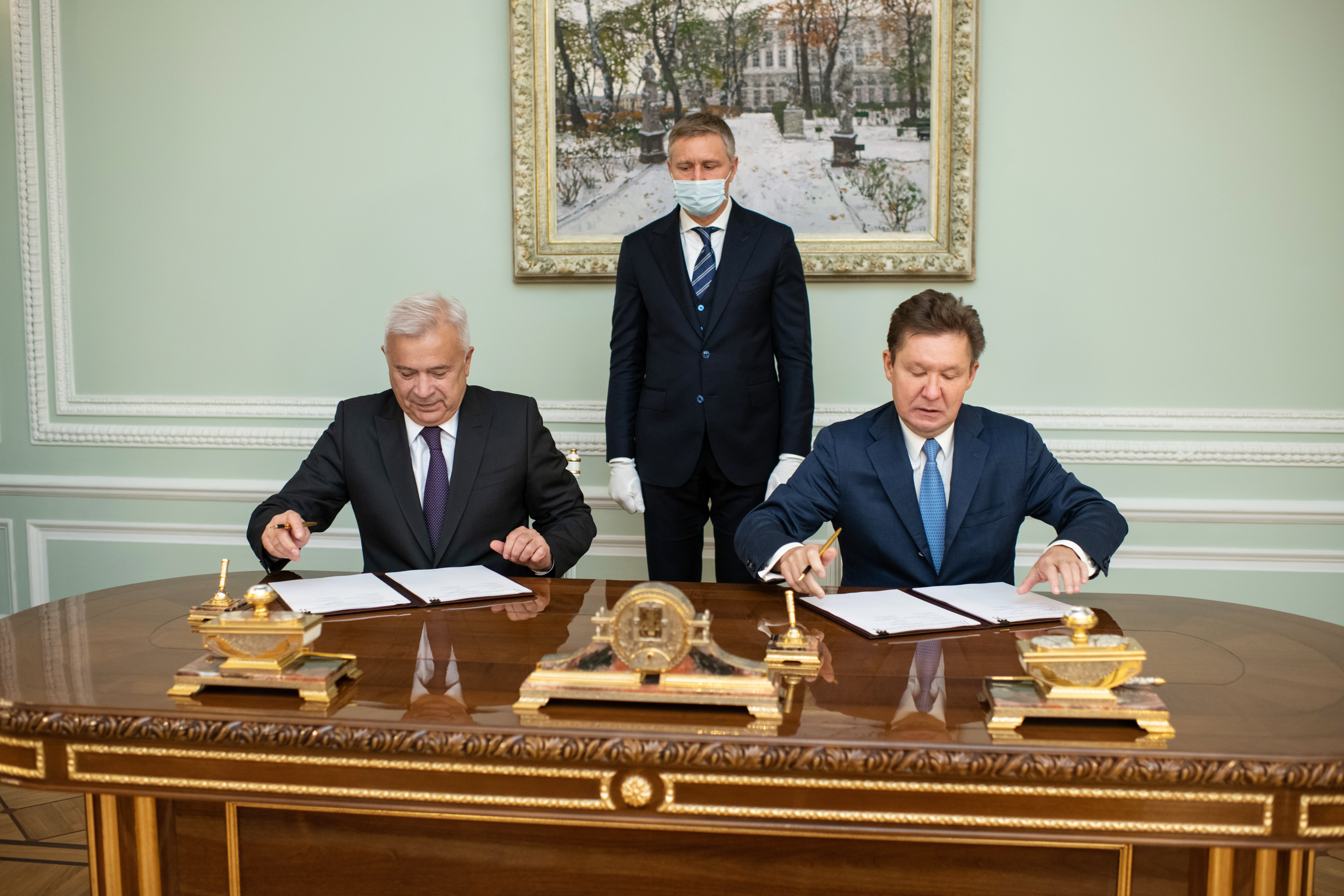 In addition to Gazprom’s Alexey Miller and Lukoil’s Vagit Alekperov, the December 21 signing ceremony was attended by Yury Bezdudny, the governor of Nenets Autonomous Okrug. The document, which is based on the deal inked at the St. Petersburg International Economic Forum 2018, outlines the preparations required to commence hydrocarbon production at the two fields. The paper sets out the procedure for creating a joint venture to execute the project. The venture will be established by the subsidiaries of Gazprom and Lukoil: Gazprom Dobycha Krasnodar and Lukoil-Komi. The new company will receive an exploration license. During the preparatory stage, the joint venture will carry out design and survey works as well as draw up design documentation for the pre-development of the fields and the creation of infrastructure for hydrocarbon treatment and delivery up to Lukoil’s oil receiving facility and the entry point to Gazprom’s gas transmission system. Also, potential contractors and equipment suppliers will be selected, and proposals will be developed with regard to the contract strategy and the terms of project financing. The proximity of these fields to Lukoil’s operational production site will add extra synergies to the implementation of the project while minimizing the amount of infrastructure to be built. The Vaneyvisskoye and Layavozhskoye fields have the aggregate recoverable reserves of 27.4 million tons of liquid hydrocarbons and 225.3 billion cubic meters of natural gas. The joint deal to explore the Nenets fields comes as one of the Gazprom-Lukoil ventures under their 2014–2024 General Agreement on Strategic Partnership. Under the deal, Lukoil supplies gas to Gazprom’s gas transmission system. In 2015, Gazprom’s Sosnogorsk gas processing plant (GPP) started to receive associated petroleum gas from the northern group of fields developed by Lukoil-Komi.