Russian President Vladimir Putin attended an annual meeting of the Defense Ministry Board. Two features arose from both his speech and that of Defense Minister Sergei Shoigu. Firstly, Russian officials believe that updated weapons in the army are necessary to ensure the security of Russia as the country sees threats from the outside. By saying so, and secondly, they meant the United States and NATO. Putin’s words in this matter fitted into his sharp anti-Western rhetoric at the recent annual press conference. 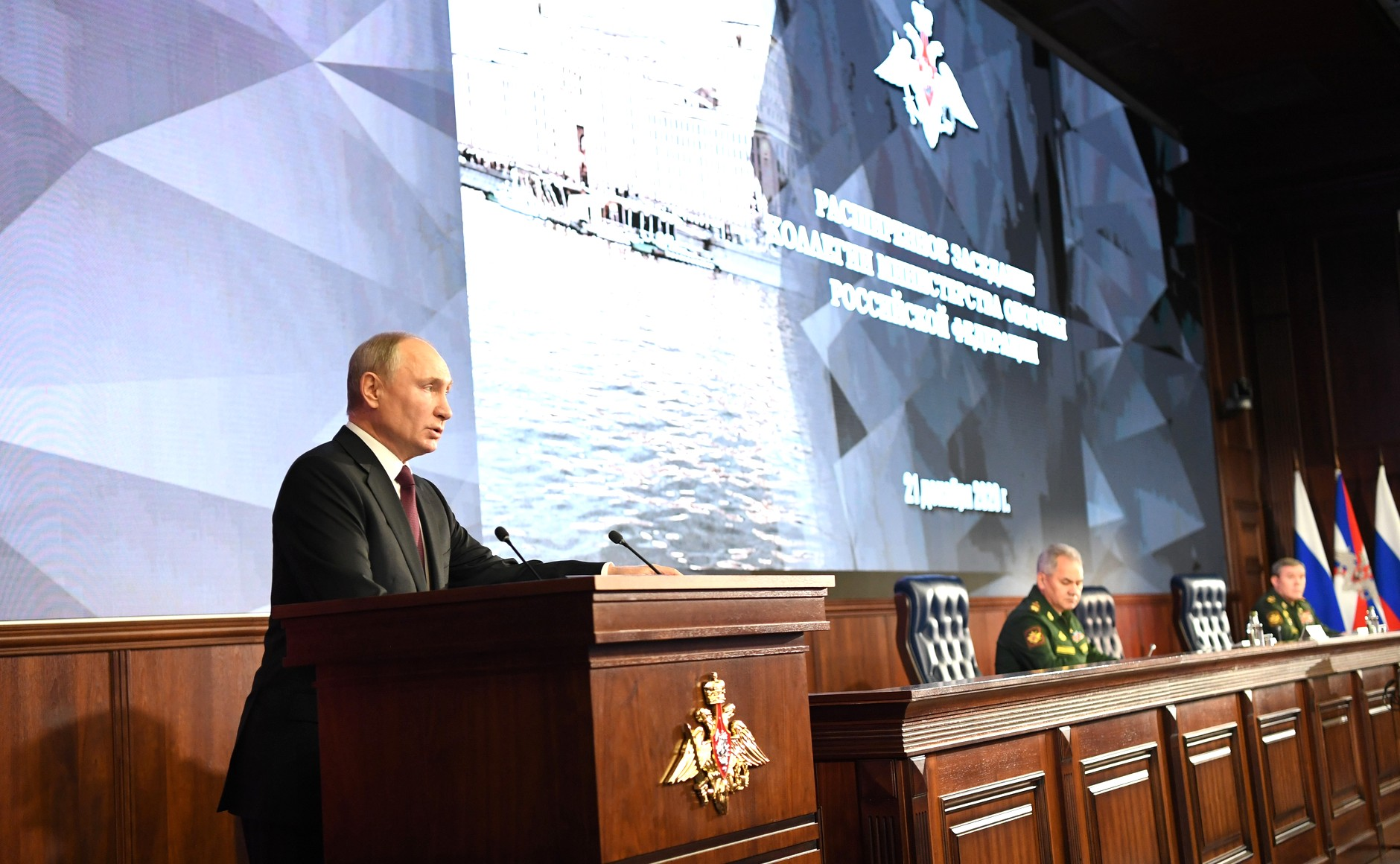 The meeting of the Defense Ministry Board took place on December 21. “The world’s leading armies are spending enormous resources that do not compare with ours on ensuring their supremacy,” Putin said. Therefore, he claims Russia cannot slow down in this peculiar arms race, with each falloff being equivalent to a bigger advantage of its rivals. Putin added Russia could not give the edge to anyone in this respect, arguing that his nation is gaining an advantage over others. “I proudly repeat: we have developed weapons that the world does not possess, primarily, of course, hypersonic arms,” the president added, yet again broaching the topic of nuclear weapon that Russian propaganda has named as “Russian Wunderwaffe.” Putin said he had ordered to boost the level of modern weapons in the country’s armed forces to 75.9 percent by 2024. The things already look very good in some forces, he added. The share of advanced types of armament and military hardware in the Russian troops equals already over 70 percent in general-purpose forces and 86 percent in nuclear forces, according to the Russian leader. Putin also stressed that the nuclear triad had reached the level that allowed guaranteeing Russia’s security. The president mentioned the Avangard strategic missile system tipped with a hypersonic cruising warhead among other prospective weapon systems Russia has at its disposal. These would be carried by the Sarmat intercontinental ballistic missiles (ICBM) to replace the Voyevoda ICBMs currently in use (NATO designation: SS-18 Satan). During the meeting, Sergei Shoigu said that there has been an increase by 15 percent in the intensity of U.S. surveillance activities near the Russian border. “NATO sees Russia as the main threat to their military build-up on our borders,” Russian top defense official added.