Conclusions From Rallies In Support of Navalny

Russia is seeing an unprecedented wave of street rallies after the arrest of Kremlin critic Alexey Navalny, the only surprising feature of Saturday’s (January 23) events. Neither a harsh reaction from the country’s authorities nor the Kremlin’s narrative on the protests, lambasting Washington for staging the demonstrations, came as a surprise. If the Kremlin regime has learned anything from last year’s events in Belarus, it was in its response to the protests in support of the Russian opposition figure. 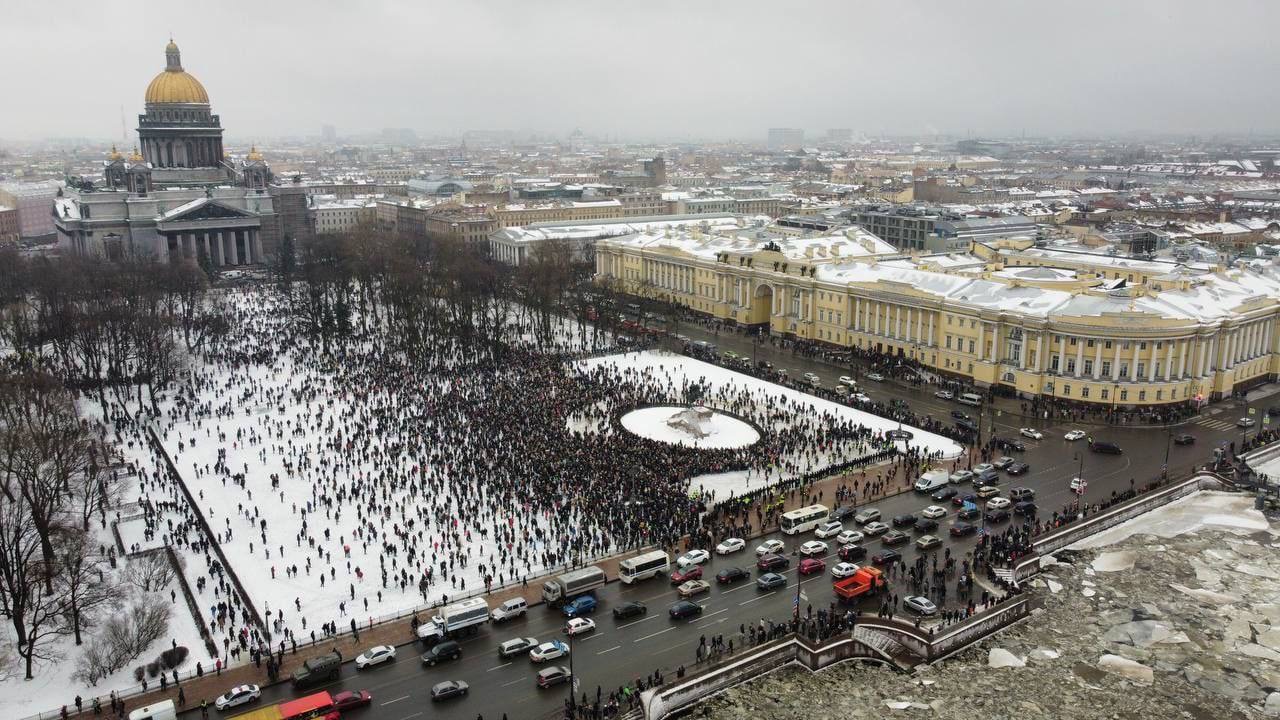 Protests took on an unprecedented geographic scale, spanning more than 128 cities across the country, attracting most people in St. Petersburg and Moscow. What might be grappling is a sharp reaction from Russian officials. Police seized at least 3,324 demonstrators across dozens of cities, with 1,320 people detained in Moscow. It was the largest number of detentions at opposition rallies since Putin took power in Russia. What came evident was that in addition to Russia’s two biggest cities, a sweeping wave of protests washed through Siberia and the country’s Far East. It yet seems that Russian officials learned a lesson from the problems that Alexander Lukashenko encountered last summer. While in Belarus the siloviki could not predict the actual scale of the protests and where they might erupt, with all forces directed to Minsk, and not outside the capital, Russia devised a different tactic. Both law enforcement agencies and the National Guard, or Rosgvardia, controlled the rallies quite efficiently, while with mass detentions and threats to start criminal cases, the regime showed it will suppress anyone against. What might be expected is that the detained could face severe punishments, a solution likely with updated legal provisions adopted at the turn of the year. They were swiftly adopted by Russian lawmakers, a move that might have indicated that the Kremlin could know what to expect soon.

Even if the regime failed to dissuade people from hitting the streets by warning universities, schools, and parents or censoring social media, and more people took part in the rallies than expected, the second stage went smoothly. Despite the protests spanning throughout the country, the siloviki responded efficiently, not allowing the situation to get out of control. Of course, this does not mean any information- or image-related losses. Also, viral photos of policemen aggressing a young boy or protesters throwing snowballs are little helpful for the regime. Of course, the Kremlin has stuck to the narrative it had devised years ago. Kremlin officials refer to Navalny as “this person.” Also, they downplay the Saturday protests. Kremlin spokesman Dmitry Peskov gave an interview for the country’s biggest state broadcaster a day after a wave of protests swept across the country. He insisted that “few people” hit the streets while “many” vote for Putin. Putin’s spokesman also attacked the United States for publishing details of Saturday rallies, portraying it as an example of Washington’s meddling into Russia’s domestic affairs and throwing support for unauthorized actions. He also suggested that Western services helped Navalny produce the report on “Putin’s palace.”

There is no doubt that both the number of people taking to the streets and that of the cities were a sign for the regime about the great potential for possible mass rallies or even social unrest. The Saturday events are this year’s first test for the regime before the State Duma elections scheduled for the fall. Future protests might attract more people who hit the streets not so much to defend Navalny, but to express how frustrated they are with Putin’s tenure. Millions of people watch Navalny’s videos online while tens of thousands hit the streets in cities throughout Russia. His supporters called for more protests next weekend (January 30–31). On February 2, a court will consider whether Navalny’s 2014 suspended sentence should be converted to jail time.