Saudi Arabia has teamed up with China to secretly develop its nuclear facilities, raising fears about the direction of the oil-rich kingdom’s nuclear programme. According to a Wall Street Journal report, Chinese companies assisted Riyadh in the construction of an extraction facility for uranium yellowcake, which in a highly enriched state can be used to develop nuclear weapons. The existence of the facility, discovered by Western intelligence agencies to be in a remote desert area in northwest Saudi Arabia, marked a sharp departure from Riyadh’s well-publicised civilian nuclear programme. Despite categorical denials by the Saudi Energy Ministry, the secret Saudi-Chinese cooperation has raised alarm amongst U.S. and allied officials about a Middle East nuclear race. The revelation has also highlighted China’s rise as a competitive provider of nuclear technology to the developing world. 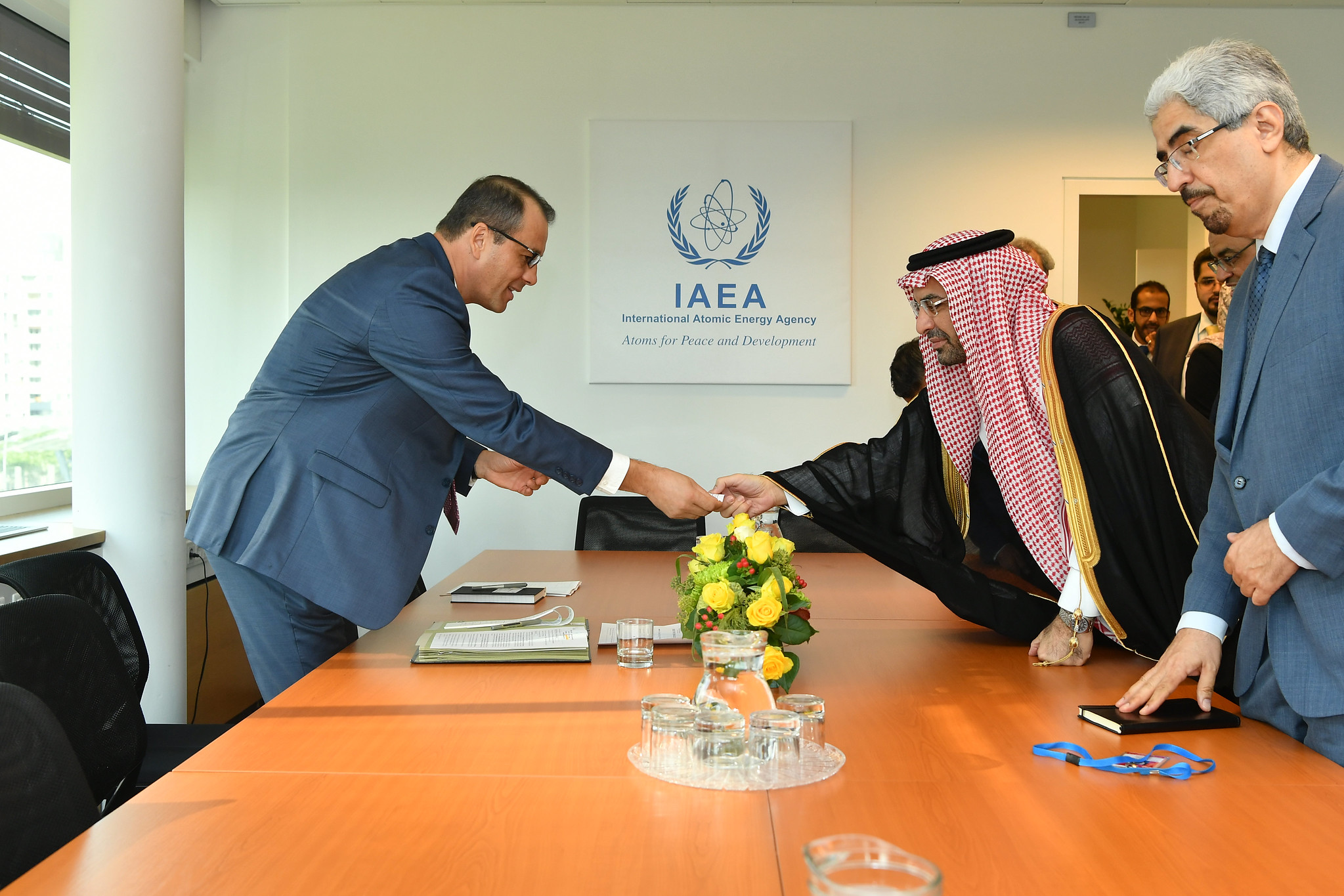 There were already several reasons to doubt the motivations behind Riyadh’s nuclear programme. First of all, while Saudi Arabia has signed the Treaty on the Non-Proliferation of Nuclear Weapons (NPT), the core international agreement that regulates the spread of nuclear technology, it still has to implement the required monitoring rules regarding the progress of its nuclear programme. Existing regulations, based on the Comprehensive Safeguards Agreement with the International Atomic Energy Agency (IAEA), do not allow international inspectors to visit the Kingdom whenever they like and on short notice. This level of access could only be granted under the Additional Protocol with the IAEA, which Saudi Arabia has so far refused to sign, instead pushing to complete its first nuclear reactor.
Second of all, there is a solid economic case against Saudi Arabia’s nuclear ambitions. Riyadh has repeatedly pledged that its nuclear program is peaceful in character and is simply part of Crown Prince Mohammed bin Salman’s “Vision 2030” plan to transition the country’s economy away from its reliance on oil. The Prince argues that producing nuclear energy would free up crude oil that is currently used to meet domestic demand, thus further filling the Kingdom’s coffers. At the same time, developing a high-tech industry would also create jobs for the country’s youthful workforce.

However, as noted by financial advisory and asset manager firm Lazard, if economic progress is truly the goal, renewables like solar and wind are a much more attractive option. While the average cost of utility-scale solar photovoltaic panels dropped by almost 90% and the cost of wind fell 43% in the last decade, nuclear costs shot up 26%. The economic and safety concerns resulted in the significant drop of nuclear power units under construction around the world, from 68 in 2013 to 46 by mid-2019.

The lack of an economic case, as well as its secrecy, point towards a geopolitical rationale for the programme. The Kingdom’s officials have made no secret of their determination to keep pace with Iran in the nuclear field. According to New York Times, the Obama administration’s decision to sign the 2015 nuclear deal with Tehran withered Saudi’s faith in America’s willingness to counter Iran and pushed the country to look for ways to deter the regional rival itself. As Tehran’s nuclear programme accelerated following American withdrawal from the nuclear deal, Crown Prince Mohammed bin Salman publicly pledged in 2018 that if Iran were to develop a bomb, Riyadh “will follow the suit as soon as possible”. The statement sparked fear within the nuclear monitoring community about Saudi’s nuclear advancement, which is, at present, much harder to monitor than Iran’s.

Security motivations explain Saudi Arabia’s choice of business partner for building the facility. Although the Trump Administration has been discussing the sale of nuclear technology and reactors with the Saudis for years, the Kingdom has not been able to agree on the restrictions necessary for such transfers to go ahead. The “gold standard” U.S. nuclear agreement not only requires the approval of Congress, but it also precludes the signatory from building its own fuel-production ability and ensures that there cannot be any military side to cooperation.

China, on the other hand, has traditionally not demanded such strict non-proliferation safeguards in its nuclear export doctrine, giving it a competitive edge over Washington. The export of nuclear technology became an integral part of China’s Belt and Road Initiative, and from 2013 onwards, Chinese state-owned enterprises have been encouraged to actively pursue opportunities to sell their nuclear energy expertise in developing countries. The globalisation of Chinese nuclear companies was meant to achieve Beijing’s long-term goal of establishing China as the major provider of high value-added and technologically-advanced goods and services. The domestically developed third-generation Hualong One nuclear reactor gained the status of one of China’s “business cards”, on par with the country’s high-speed railway technology. As a result, China has become an important player in the global nuclear energy sector with one of its central nuclear companies, China National Nuclear Corporation (CNNC), planning to build as many as 30 “Belt and Road” reactors in developing nations by 2030.

The Middle East has become an important nuclear export market for Chinese firms. Alongside oil and gas trade and infrastructure construction, nuclear energy serves as one of the three pillars of China’s strategic vision for the region, outlined in “China’s Arab Policy Paper”. Saudi Arabia, China’s top oil provider, especially drew CNNC’s attention. With Riyadh eager to bypass nuclear restrictions, the company quickly began making inroads in the market, signing a memorandum of understanding with the Saudi government in 2017 for uranium extraction from seawater using gas-cooled nuclear reactors.

Even if Saudi Arabia has decided to pursue a nuclear deterrent, it would take years to reach the capacity necessary to build a single nuclear warhead. Nevertheless, the reports will likely cause fear in the West about the prospect of a nuclear arms race in the Middle East. Growing Chinese competition in the global nuclear industry may also push the Trump administration to further relax its approach towards transfers of technology. The US congressional committee already reported in 2019 that the White House began allowing American companies to sell nuclear technology to Riyadh without obtaining non-proliferation guarantees, bypassing congressional oversight.