Iran’s Economy in the Face of Sanctions and Pandemic, part 1

Since the US implemented the policy of “maximum pressure” on Iran, media reports predicting the imminent bankruptcy of the country or catastrophic, perfunctory analyzes of the Iranian economy, usually adorned with statements by “random” Iranians complaining about the crisis, have become more frequent. The negative impact of the sanctions on the lives of Iranians and state finances is undeniable, but their effectiveness in forcing Tehran to make concessions is greatly exaggerated. The sanctions have put Iran into recessions, but despite the alarmist and highly biased media materials, the economic situation in Iran is not dramatic and does not threaten the collapse of the regime. 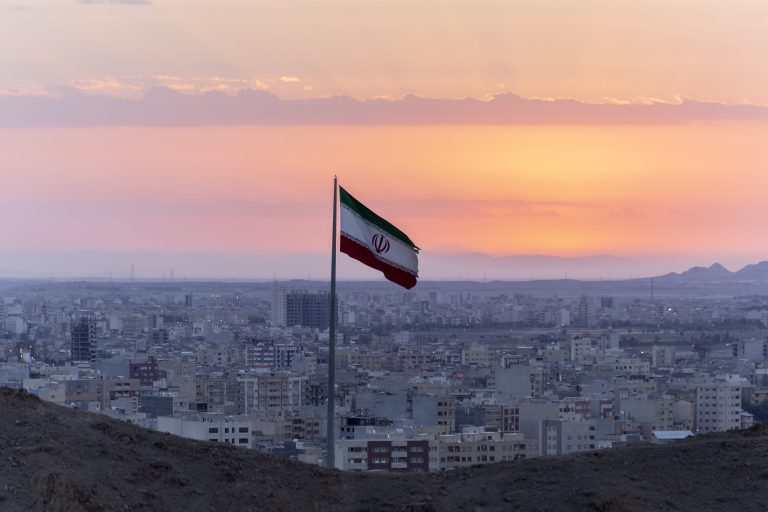 For successive Iranian governments, embargoes and economic problems are nothing new. Almost since its inception, the Islamic Republic of Iran has been subject to sanctions of various intensity. The most severe ones were introduced in 2012 in connection with the development of the nuclear program when the US and the EU imposed embargoes on Iranian oil exports and limited Iran’s ties with the global financial system. The Iranian economy felt this very hard, but it did not stop Iran’s nuclear ambitions. It has become clear that the sanctions are not effective enough and it is necessary to sit down to talk. After over a year of intense negotiations, the Joint Comprehensive Plan of Action (JCPOA) known as “the nuclear deal” was signed on 14 July 2015. As a result, on 16 January 2016, EU / US sanctions were lifted. Iran’s economy recovered from stagflation and GDP grew by 12.3%. The prosperity did not last long, however. On 8 May 2018 Donald Trump announced that the US would withdraw from the deal. In November 2018, the fourth wave of U.S. sanctions against Iran entered into force, largely including restrictions that were in place before the JCPOA. In late April 2019, Washington significantly tightened sanctions, introducing restrictions focused on further attempts to reduce Iranian oil exports and the complete exclusion of Iranian banks from the world system. Despite the Iranian economy being pushed back into stagflation, none of the sanctions’ goals has been achieved. The economy managed to survive the sanctions shock and even started showing an upward trend. It was the COVID-19 pandemic that has come as the real blow to Tehran.

Statistics on Iran vary widely depending on their source. It has to do with, among other, differences in methodology, research sloppiness, different currency conversion rates (in the case of Iran, this is a particularly important and complicated problem), or different settlement periods (Iran uses its own calendar, which does not coincide with the Gregorian calendar in terms of both years and months, which often results in discrepancies in the calculations of economic indicators for a given period). In addition, Iran is a sanctioned country, and economic relations with it are risky, therefore bypass mechanisms which distort statistical data (e.g. on oil exports) are used. When discussing the economy of Iran, it is also worth to remember about the powerful gray zone and the fact that smuggling is the basis for supplying a large part of the bazaar. In relation to the above, it is extremely important that any figures regarding Iran, especially on a macro scale, be treated with increased caution. This publication uses the most reliable sources available and has been subject to verification and consultation with Iranian economists and entrepreneurs, therefore the presented data and conclusions can be considered as reliable.

The economic picture of Iran in years 2018 and 2019 (1398 AH[1]) did not look good. Although it was far from idyll, the country was not on the brink of disaster or bankruptcy. The economy was in a recession and moderate crisis. Iran’s Central Bank data for the previous year showed that all major components of GDP (on the expenditure side) were contracting, clearly indicating a multi-sector recession. Private and government consumption decreased by 6 and 2.4% YoY respectively in April-December 2019. In the same period, investments decreased by 2.6% YoY, despite an increase in construction investments by 9.6%. Exports and imports dropped sharply by 32.6% and 27.1% YoY respectively. Despite the shock caused by the US “maximum pressure” campaign, there were also good news for Tehran. The most important of them, apart from the growth in the construction sector, was the significant growth in the services sector. The situation on the housing market also improved, price growth slowed down and the number of housing investments increased despite the growing prices of building materials. In the last quarter of 2019, the currency market stabilized, productive activity grew, and the non-oil sectors of the economy began to grow again and generate new jobs. 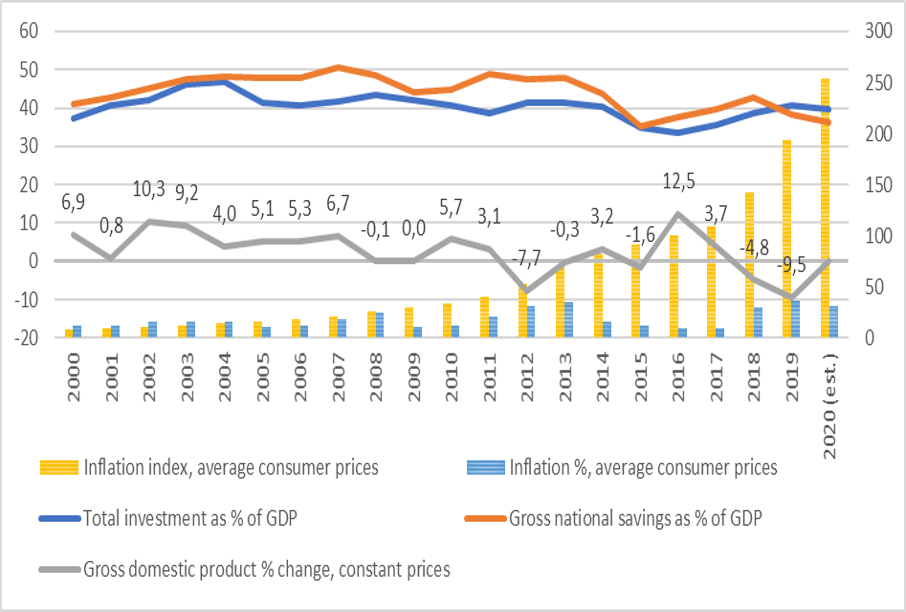 Chart 1 shows the negative impact of both the multilateral sanctions introduced in 2012 and the 2018 unilateral US sanctions. It is worth noting, however, that the inflation index has been systematically increasing since 2008 and individual embargoes only strengthen the tendency. After a relatively good period of 2014-2018, the consumer price index soared. Importantly, half of the calm period falls on the duration of multilateral sanctions. It may be disturbing that for the first time in this century, savings have fallen below investment levels. On the one hand, Iran is trying to maintain the economic situation on the domestic market, hence the increase in investment after 2016, and on the other hand, it is forced to use its reserves to deal with the crisis and keep the currency market under control. 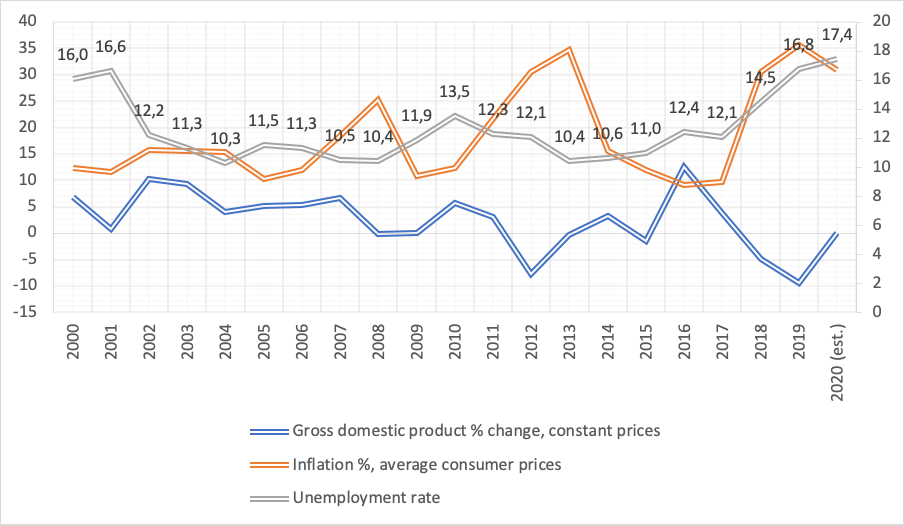 Chart 2 shows the impact of sanctions on GDP growth and inflation. You can see here how big the negative impact of the 2012 embargo was. You can also see that after a relatively short period of recession, the economy has started to return to normal and show signs of recovery. This trend has been greatly enhanced by the JCPOA. A similar regularity can be indicated in the case of the declaration of the maximum pressure policy. Inflation (CPI) fell to 25% (YoY) in February 2020, which is a significant improvement compared to the peak – 52.1% in May 2019, when the economy was affected by subsequent sanctions. It is currently showing an upward trend but is kept in check and fluctuates around 30%.

Significantly, unemployment has risen since 2013, with a small break in 2017 following the recovery after the JCPOA. Starting from 2017, we can observe a significant acceleration in unemployment growth. The negative tendency persists regardless of changes in the inflation rate and GDP growth. This is probably related to the high birth rate. Currently, the population of Iran increases by approx. 900 thousand people every year. In 2020, approx. 800 thousand people entered the labor market. Due to both sanctions and management errors, the economy is unable to create enough jobs. 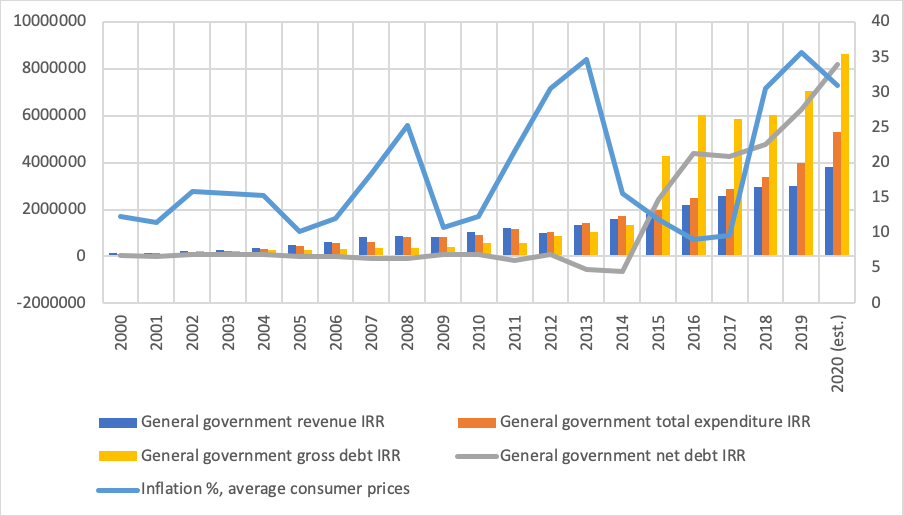 Chart 3 shows the most dangerous phenomenon from Tehran’s point of view, which is the rapid and long-term increase in public debt. Its amount is still under control, but the trend started in 2014 is gaining momentum every year and in the long term it may become a serious challenge, especially taking into account the epidemiological situation. The sanctions linked to the pandemic have had a very negative impact on the state’s finances, forcing the government to increase tax revenues, as well as to privatize and issue bonds (which contributes to accelerating the upward trend in public debt). The budget for the years 2020/21 (1399 AH), although taking into account most of the restrictions (mainly the decline in oil prices and the volume of its exports), is based on quite optimistic assumptions. It assumes, among others, a tenfold increase in privatization revenues and an increase in tax revenues by nearly 13% compared to 2019/20. Both assumptions are difficult to implement in the face of the crisis. The expected increase in the budget deficit, especially in light of the COVID-19 pandemic and the resulting decline in interest in Iranian exports, is likely to lead to further debt issuance and the use of funds from the National Reserve Fund, especially considering that already last year (1398 AH) Iran ended with a deficit of around US $ 37 billion (around 13%), corresponding to 8% of GDP. The deficit increased significantly compared to originally planned as non-tax revenues decreased and revenues from the sale of capital assets (mainly revenues from oil exports) in April-November 2019 (and thus even before the outbreak started) showed only 18% of plans included in last year’s budget. A similar situation will probably take place in 2020/21.

Another chance for the implementation of at least part of the budget assumptions is domestic production capacity. Iran’s heavy industry and agriculture, which are major parts of the real economy, remained largely untouched by sanctions, and the COVID crisis had a short-lived effect. On the other hand, the total value of all currently planned aid packages amounts to approximately 7%-10% of the Iranian budget, which is not an amount capable of derailing a country with significant foreign exchange reserves. The financial support promised by the government for citizens amounts to approximately 0.5%-1% of GDP. If the Rouhani administration is able to ensure at least a benevolent neutrality of the Rahbar (Supreme Leader) in tax matters and succeeds in privatization, then with the simultaneous increase in oil prices and demand for it Iran has a good chance of getting out of the budget crisis by the end of 2022 and reaching a state of unstable balance in 2023.

The charts have been prepared by the author on the basis of data from Bank-e Markazi-ye Iran, Markaz-e Amar-e Iran, Int. Monetary Fund, World Bank and OPEC.

Author: Marcin Krzyżanowski – orientalist, entrepreneur, former diplomat, academic lecturer. Graduate of Middle Eastern Cultural Studies at the Faculty of International and Political Studies of the Jagiellonian University and the Arabic Language School for Foreigners in Damascus. In 2007-2008, he was an Afghanistan expert in the MFA’s Department of Asia and Pacific. In 2008-2011, he served as the Consul of the Republic of Poland in Kabul and the head of the Political and Economic Department of the Embassy of the Republic of Poland in Kabul. His research interests include the economy and politics of the countries of the Middle East and South Asia as well as asymmetric conflicts, regional security and terrorism in a strategic and political context. An important place in his scientific activity is also occupied by universal human rights as a field of ideological and cultural conflict.

[1] Anno Hegirae, the Hijri year. In the Muslim world, the so-called hijra, i.e. the emigration of the prophet Muhammad from Mecca to Yathrib (Medina), which took place in 622 CE according to the Gregorian calendar, is considered as the beginning of the era. At the state level, such dating is currently in force in Iran and Saudi Arabia, with the difference that the Iranian calendar is based on the Earth’s orbital motion around the Sun (similar to the Gregorian one), and the Saudi calendar on the phases of the moon (hence the current year is 1441 AH).