During the meeting with the Maltese Minister of Foreign Affairs Evarist Bartolo, held on July 23 in the Chinese city of Chengdu, Chinese Foreign Minister Wang Yi expressed his doubts about the European Union’s multiple policies towards the People’s Republic of China. 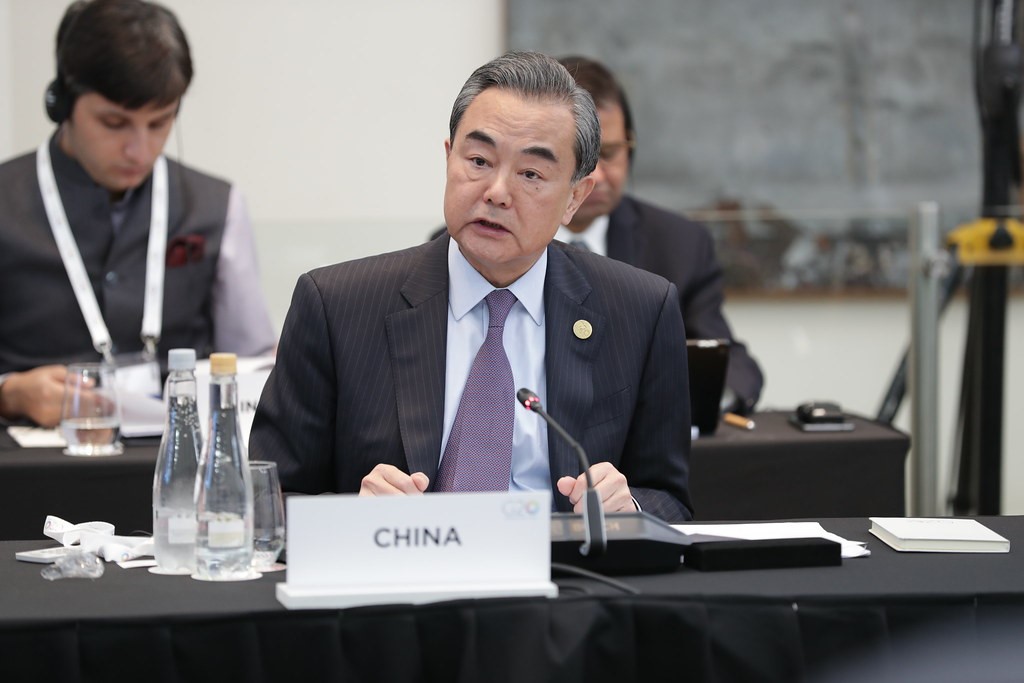 Minister Wang Yi said that the current attitude of the European Union, which considers the People’s Republic of China (PRC) a partner, a competitor, and a systemic rival at the same time, is “mutually contradictory.” He added that China and Europe do not have any serious conflict of interest or historical bickering. At first glance, the approach adopted by the European Union in 2019 combines seemingly contradictory positions. It aims to encapsulate the desire to further strengthen economic relations, best demonstrated by the Comprehensive Agreement on Investment (CAI) negotiated at the end of 2020, the development of cooperation in combating climate change, the matter of sanctions related to human rights, as well as new mechanisms to control investment from outside the EU.

However, relations between these actors have cooled in recent months due to the situation in the Xinjiang region and turmoil related to it. EU sanctions against Chinese government and security officials, accused of human rights violations, were followed by retaliatory sanctions from the PRC, which included not only the members of major parties in the European Parliament, the Political and Security Committee of the Council of the European Union, as well as the Subcommittee on Human Rights of the European Parliament, but also European NGOs – the Mercator Institute for China Studies in Germany and the Alliance of Democracies Foundation in Denmark. Consequently, further proceedings of the CAI were effectively halted – the EU announced that in order for the ratification process of the Agreement to be continued, China must lift its restrictions.

The fact that Minister Wang Yi described the attitude of the EU as “mutually contradictory” is most likely caused by the position of Western countries. On the one hand, they are calling for cooperation and solidarity in terms of climate before the upcoming COP26 summit, while on the other hand, they are taking a tougher stance regarding the situation in Xinjiang and Hong Kong. Suspicions towards Chinese technology companies are also strong, which is especially noticeable with regard to construction of 5G network infrastructure. It is worth noting that controversies and doubts about the respect for human rights in China have already been addressed in the history of relations between the EU and the PRC, but they have never led to a serious blow, which is best evidenced by economic data. Between 2000 and 2020, the cumulative EU foreign direct investment (FDI) flows from the EU to China amounted to over €140 billion, while the Chinese FDI in the EU reached about €120 billion . In 2021, China is the EU’s biggest source of imports and its second largest export market, while trade between the EU and the PRC is equal to around €1 billion per day .
The EU’s ambivalent policy, driven by economic gains and reasoned by a position on human rights, which contradicts that of the PRC, is likely to continue, despite criticism from the Chinese Ministry of Foreign Affairs. The partnership desired by the Chinese Communist Party (CCP) would equate primarily to focusing on economic matters and largely overlooking issues regarded as “interference in internal affairs,” such as human rights. In reality, this would require the European Union to abandon the principles of liberal governance that constitute its foundations. On the other hand, due to the previously described economic matters, it is not possible to implement the slogan that was popular during the COVID-19 pandemic – decoupling, i.e., making European industry independent from supplies from other parts of the world, especially China, and thus radically reducing economic ties with the PRC. Another problem is the lack of a joint position of all EU members, resulting in no unanimity towards China. The current approach of the European Union, although it does not satisfy the government in Beijing, the European organizations, and groups calling for a tougher stance in the domain of value politics, will most likely stay with us for a while.