Between January 4 and 9, 2021, the Chinese Minister of Foreign Affairs Wang Yi embarked on his first diplomatic tour of the new year with stops in five African countries: Nigeria, Democratic Republic of Congo, Tanzania, Botswana and Seychelles. The purpose of these visits was to maintain China’s role as the key partner of African countries with regard to the construction of new infrastructure as well as trade and financial cooperation. These activities are presented as part of the Belt and Road Initiative, promoted since 2013, which is one of the China’s flagship international projects. Moreover, frequent diplomatic contacts will be used to promote vaccines manufactured in China and build a positive image of the Middle Kingdom in Africa. 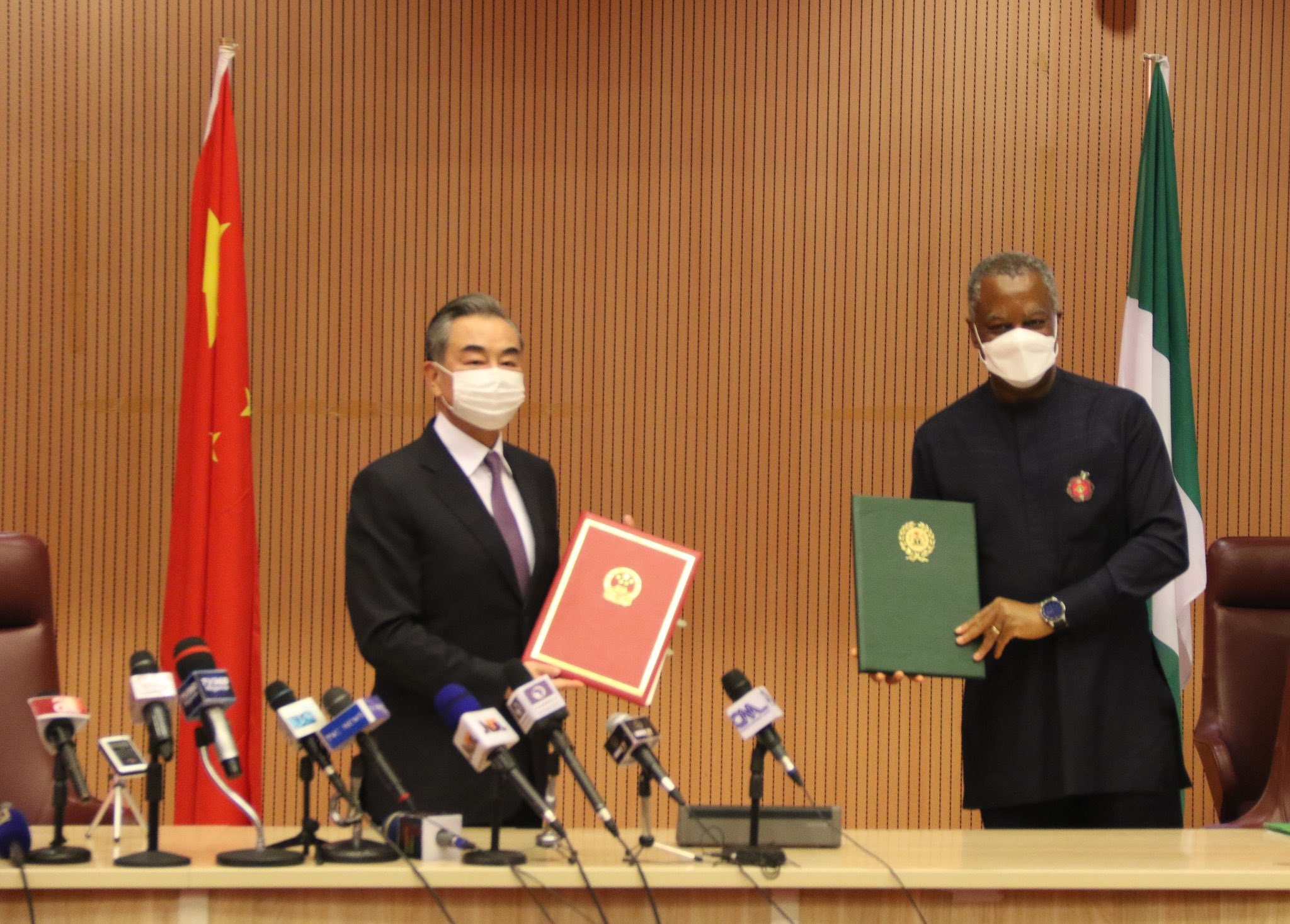 During the visit, Minister Wang Yi pointed out that since the last FOCAC (Forum on China-Africa Cooperation) summit in 2018, more than 70% of the adopted goals have been achieved in areas such as: promotion of industry and trade, improvement of connectivity, green growth as well as cooperation in culture, education and security. The Minister underlined that 1,100 projects are being implemented under the Belt and Road Initiative and 110,000 Chinese workers have participated in this process. Over the past two decades, Chinese companies and banks have been involved in the construction of railroads and roads with a total length of over 12,000 km (around 7,450 mi). Furthermore, the tour is part of the preparations for the next FOCAC summit in 2021, throughout which the representatives of China and African countries will discuss economic, political and educational cooperation in the face of the crisis caused by the COVID-19 pandemic. It is expected that the Chinese authorities will use the intensive political and economic relations to promote their own vaccine and the so-called Health Silk Road.

Throughout the tour, a $1.32 billion contract for the construction of a 341 km (212 mi) rail line in Tanzania was signed. Moreover, in December, it was made public that the Nigerian authorities had obtained a $2.5 billion loan for the construction of the AKK natural gas pipeline, which is crucial to Abuja’s energy policy. During Wang Yi’s meeting with the Nigerian authorities, it was announced that a special intergovernmental committee, responsible for the cooperation between the two countries, would be established. In the DRC, Wang Yi declared that China would write-off a $28 million loan, justifying the decision by the difficult situation of the local authorities as a result of the pandemic. In Botswana, a memorandum on the Belt and Road Initiative was signed, thus increasing the number of African countries that participate in the scheme to 46.

The Chinese Minister of Foreign Affairs announced that China is increasing its efforts to establish a manufacturing base in Africa under the “Manufacturing Africa” program. For years there have been ideas to move labor-intensive industries to Africa because of the far lower labor costs, as compared to China. According to calculations by McKinsey consulting group from 2017, Chinese companies already account for about 12% of Africa’s manufacturing output (about $500 billion).

Furthermore, investment, financial and trade cooperation is developing remarkably fast. According to data from Africa Report, between 2000 and 2018, China concluded credit agreements with African countries for a total of $148 billion, whilst the value of trade is $200 billion per year and has been comparable since 2017. On the other hand, data from the American Enterprise Institute indicate that the total amount of projects and investments, ongoing since 2005, exceeds $300 billion in sub-Saharan Africa alone. Over the past two decades, trade between China and African countries increased more than twentyfold. It accounted for $10 billion in 2000, $40 billion in 2005, $166 billion in 2011 and as much as $209 billion in 2019. In 2009, China became Africa’s most important trade partner, outrivaling the United States. The rising debt levels of African countries and the difficulties caused by the pandemic have led the authorities in Beijing to cancel or postpone the repayment of some of their debts.

Additionally, Wang Yi emphasized China’s commitment to promoting security and stability in the region. Between 2008 and 2020, the PRC’s financial contribution to the UN peacekeeping operations budget increased from $693 million (9.4%) to $988 million (15.21%) and exceeded the combined contributions of Japan (8.56%) and Germany (6.09%). China has the most UN peacekeeping troops among the permanent members of the UN Security Council (about 2,500 Blue Helmets), which is also more than all of the other superpowers combined. Most of the soldiers are deployed in Sudan, South Sudan, Lebanon, Mali and the Democratic Republic of Congo. This approach reinforces China’s overall policy towards Africa, which aims to consolidate the political and economic influence as well as the favorable public image there.

The difficult economic situation in the post-pandemic era, infrastructure deficits and health needs will foster closer relations between African countries and China. For Beijing, this region is no longer simply a place where it carries out construction contracts and obtains raw materials. African countries are gradually becoming valuable partners within international organizations, where the rivalry between China and the West for the vision of a new order is intense. Development aid and participation in stabilization missions are also conducive to gaining international prestige by the PRC, especially in developing countries where stability and growth are priorities.