The Bad Luck of Putin’s Spies

Seven is supposed to be a lucky number. However, this autumn the number will have negative connotations in Moscow. The reason? In seven different European countries, Russian agents have made the headlines: exposed and discredited. The spies from the East are nothing like James Bond. Here is a short trip along the latest series of failures of Vladimir Putin’s intelligence officers. 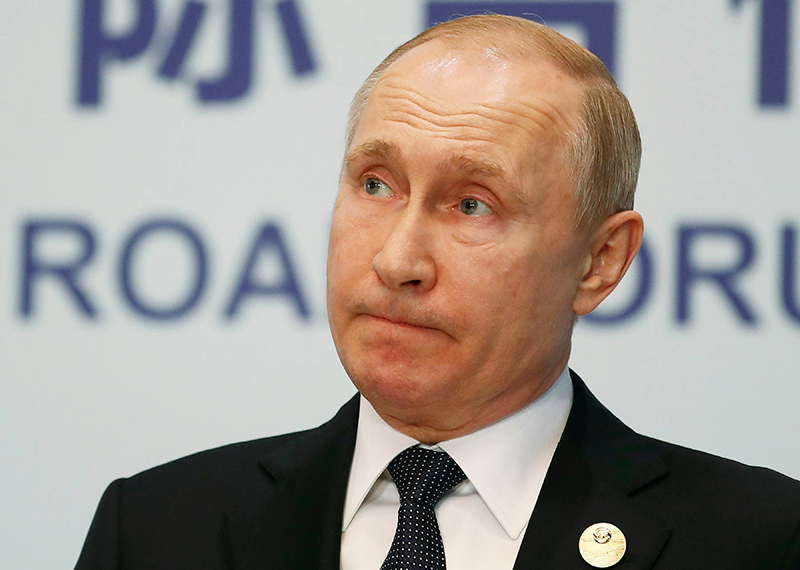 First, in September, the prosecutor’s office charged Nikolai Malinov, a businessman, politician and the leader of the Russophile Movement, with espionage. Together with Russian intelligence, hidden under the disguise of foundations and think tanks, he was supposed to establish a strong pro-Moscow camp in Bulgaria and change Sofia’s geopolitical orientation. The Bulgarian authorities banned the Russians involved in the case from entering the country. After several weeks, a Russian diplomat was expelled from Bulgaria for trying to recruit the local military. In December, it turned out that, a few years earlier, GRU agents from Unit 29155, a special Russian military intelligence organisation, had attempted to poison a Bulgarian arms dealer with a Novichok-like substance because he had been selling weapons to Ukraine.

In October, the Czech counter-intelligence agency BIS revealed that in 2018 it had destroyed a Russian intelligence network. There are suspicions that it was linked to the FSB, Russia’s main security agency, and financed by the Russian Embassy in Prague. The network’s main task was to organise cyber attacks. The group was operating under the cover of two private Prague-based companies specialising in selling computer hardware and software. The Russian Embassy in Prague is an important centre of Russian intelligence for the entire region. The Czech Republic is the place where two GRU agents came after Skripal in 2014 and attempted to assassinate him a few years later. The money intended for staging a failed coup d’état plot in Montenegro in 2016 was also passed through the Czech Republic.

“Russian secret services used Estonia to finance their foreign operations,” Estonia’s Minister of Finance, Martin Helme, stated. In his November interview for Reuters, Helme said that two kinds of funds were flowing from Russia. Part of the money was, at first, embezzled and then planned to be channelled abroad. The rest was “very closely linked” to Russian secret services. At present, the Estonian authorities are examining whether persons subject to U.S. sanctions were involved in the financial operations under investigation. To discuss the issue, in October, Helme held a meeting in Washington with Marshall Billingslea, a government official who deals with terrorist financing in the U.S. Department of the Treasury.

At the beginning of December, the French daily newspaper Le Monde revealed that at least 15 Russian GRU spies – probably belonging to notorious Unit 29155 – used the Haute-Savoie region in the French Alps as a base for operations all over Europe. A joint investigation conducted by the intelligence agencies of the United Kingdom, Switzerland, France and the United States shows that the group operated from Alps ski resorts in the years 2014-2018. As a matter of fact, the assassins who attempted to kill Sergei Skripal are connected with Unit 29155. The group’s agents were also active in Bulgaria, Moldova, Montenegro and perhaps even in other European countries. Le Monde also reported that two hacking groups with close links to the GRU attacked Emmanuel Macron’s campaign headquarters before the 2017 French presidential election. Of the two, the APT28 group is also suspected of being behind the cyber attacks on the Democratic Party in the United States. Sandworm hackers are particularly known for targeting several government organisations in Europe.

One of the countries visited by the spies based in the Alps is Spain. In October, the local police detained two Russian spies engaged in activities fuelling Catalan separatism. On November 21, it was revealed that the Supreme Court of Spain had launched an investigation into the involvement of Russian intelligence services in a destabilisation campaign in Catalonia. The name of Denis Sergeyev, a Russian military intelligence veteran, is mentioned in the case. Over the last few years, he travelled to several European countries, including, among others, Ukraine and the Czech Republic. Interestingly, he was in Bulgaria at the time when two failed attempts to murder the arms dealer Emilian Gebrev took place. Sergeyev is also believed to be the third member of the group that attempted to assassinate Skripal in 2018. The Russian is suspected of arriving in Catalonia twice under a false name.

In early December, the German government expelled two Russian diplomats, presumably intelligence agents, for their alleged involvement in the assassination of a Georgian immigrant and veteran of the Chechen wars. Zelimkhan Khangoshvili was shot dead on August 23 in Berlin. Since a lot of information indicated that the hit job was the making of the Russian services, the assassin, a Russian native, was captured immediately. The subsequent investigation did indeed confirm the speculations. Berlin claims that either the Kremlin or Ramzan Kadyrov is behind the murder of Khangoshvili. Moscow responded in kind to the German accusations by expelling two German diplomats. The case may complicate the cooperation between Berlin and Moscow, embodied most recently in the Nord Stream II project. Vladimir Putin de facto publicly admitted that Russian intelligence services are responsible for the death of Khangoshvili when he called him a terrorist and a criminal during the recent press conference in Paris.

Moscow is spying not only on EU and NATO countries, but even on its closest allies. In mid-November, a spy scandal erupted in Serbia following the publication of a video showing Georgiy Kleban, a former deputy military attaché at the Russian Embassy in Belgrade, handing over a bag of cash to a former Serbian army officer. The video was made in December 2018. Kleban, who is a retired GRU officer, left the service at the diplomatic establishment in Serbia in June 2019. After consulting the heads of the country’s intelligence services, President of Serbia Aleksandar Vučić confirmed that the recording is authentic, however, he also added that the meeting was not filmed by Serbian agents, but by Western special services. Moreover, Vučić also said that Serbian intelligence agencies have uncovered Russia’s large-scale espionage scandal, adding that it concerns 10 incidents of contact with three Serbian sources, all of which have been filmed. While commenting on the spy scandal, the Serbian leader expressed his conviction that Putin “knew nothing about it” and emphasised that Belgrade will not change its policy towards Russia. Both the president and counter-intelligence representatives suggest that the leakage of the video footage is the result of operational activities undertaken by the intelligence services of other countries, such as the United States, the United Kingdom or France, in Serbia’s territory.