Zelensky Is Heading For The Presidency

Everything indicates that a three weeks gap between the first and the second round of the elections in Ukraine is too short for Petro Poroshenko to catch up Volodymyr Zelensky. The President explained that earlier he had been focused on the competition with Yulia Tymoshenko to manage to reach the second round. After March 31, he has been doing everything to compete with Zelensky. But with no result – as shown in the poll conducted ten days before the final confrontation. Only a political catastrophe would be able to take the victory from Zelensky. 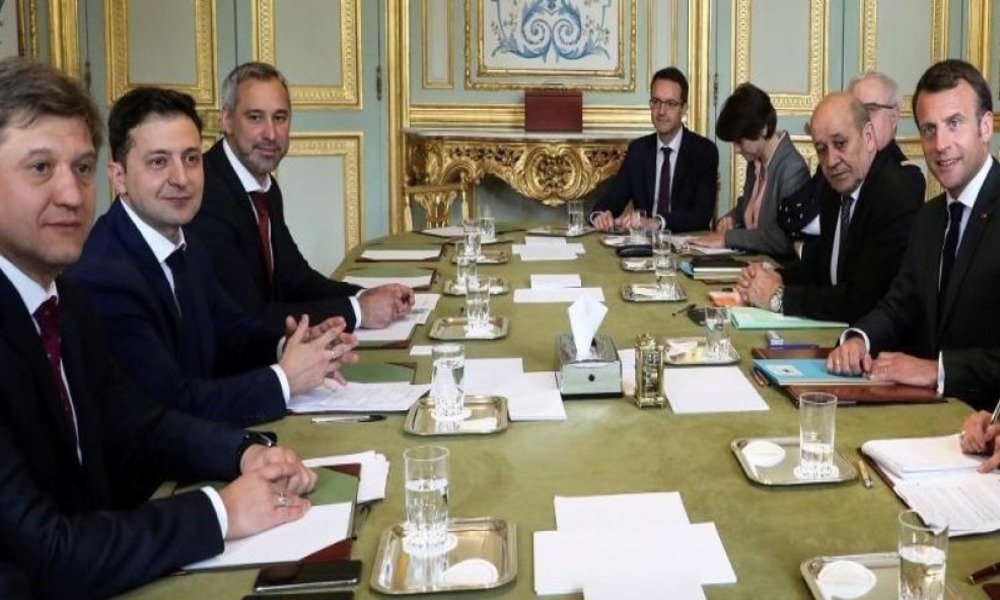 Poroshenko engaged in the discussion about the debate at the stadium and in a way he accepted conditions imposed by the comedian. It is not appropriate for the head of state to publicly take part in blood tests. Poroshenko adopted the role of a participant in the political happening on which, in fact, is based the whole Zelensky’s campaign. Additionally, the fact that Emmanuel Macron accepted the visit of Zelensky destroyed the narration of Poroshenko’s staff which claimed that Zelensky would not become a statesman, would compromise himself and would not be treated seriously internationally. Such decisions as the deposition of several compromised regional officials and the decision on establishing a special anticorruption court did not help Poroshenko either. On April 11, Poroshenko signed a decree on appointments of 38 judges of the new High Anti-Corruption Court. It seems that those steps are taken too late.

The poll published on April 11, ten days before the second round, by the Rating sociological group shows that almost 51 percent of Ukrainians are to support Zelensky. Poroshenko can count on only 21 percent. This is an overwhelming majority and other data of this research are even more pessimistic for the president. Among people who are sure that they will participate in the elections, the advantage of Zelensky is even bigger: 61 percent to 24 percent. Zelensky is leading in all age groups and in southern, eastern and central Ukraine. Moreover, 61 percent of respondents believe in Zelensky’s victory which means that among them there are people who declare voting on Poroshenko. This is a sign of a change in attitudes. The president did not manage to change his situation for almost two weeks after the first round. The support for Zelensky has risen both thanks to the fact that he showed he can win, but also thanks to receiving votes of a major part of the remaining candidates. In comparison to the first round, Poroshenko’s electorate has only slightly increased. And one more bad result of a survey for Poroshenko: as many as 83 percent Ukrainians claim that the state needs a shock and radical changes. Zelensky’s campaign and slogans about choosing between the past and the future are more suitable for these expectations.

The appearance of billboards on which Putin is presented as a rival of Poroshenko is a response to the sociological research which shows that many Ukrainians who are ready to support Poroshenko want to do that only to avoid voting on Putin and Russia. But this is not enough to win the second round. Now, Zelensky is uniting Ukraine with his campaign, avoiding taking a stance in different current issues, a virtual image and freshness. But this will not last long and the disappointment of Ukrainians will be probably even bigger than with governance after the revolutions in 2004 and 2014. It is possible that this will influence the parliamentary elections in autumn in which Zelensky’s party will lose and he will be forced to cooperate with the possibly unfavourable Verkhovna Rada. In this matter, Poroshenko had better conditions to govern. Unfortunately, he did not make use of his chance.