Does Yulia Tymoshenko collaborate with the Kremlin?

Many Ukrainians felt outraged when some time ago Yulia Tymoshenko, the head of the Batkivshchina political party, in the interview for the public television de facto repeated the main points of the Kremlin’s propaganda. Ukrainians on Facebook burst with anger. Even those who openly do not support the present President of Ukraine Petro Poroshenko noted that the fact that Tymoshenko was not recognising the war with Russia (according to Tymoshenko, Russia de jure does not wage a war against Ukraine) was scandalous and such a stance should not be maintained by any Ukrainian politician. Many political opponents of Tymoshenko accuse her of collaboration with Russia and Putin. 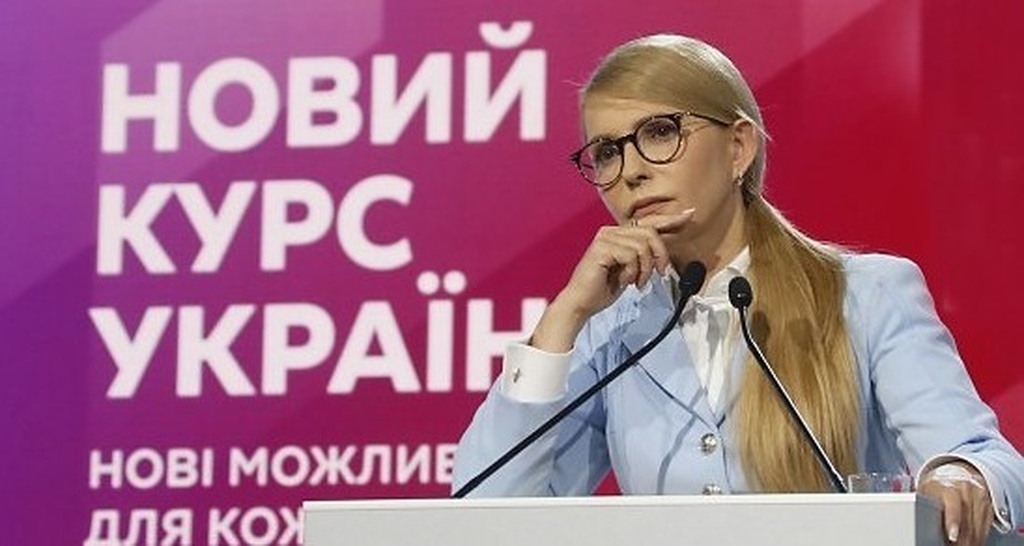 The suspicions of cooperation between Tymoshenko and the Kremlin are occurring regularly. Pieces of information leak from numbers of different, independent sources. It proves that there is no specially organised PR-campaign against the head of Batkivshchina.

In June 2018 a Russian news agency TASS informed that the Security Service of Ukraine (SBU) forbade the political advisor Alexei Sitnikov, who advised Tymoshenko, to enter Ukraine. Moreover, Mykhailo Dobkin, the former representative of the Party of Regions together with Vladimir Granovsky, the former political consultant of Viktor Yanukovych were spotted lately in her office in Kiev. They both have never hidden their pro-Russian views.

The critics of Tymoshenko state that in four years she has never visited the front in Donbas and has never met with soldiers or inhabitants of the regions near to the front. Her role in one of the greatest provocations of the Russian secret services during the war with Russia, namely the one with Nadiya Savchenko, is also not clear. Just after the arrestment of Savchenko, Tymoshenko placed her at the first position of the electoral candidate list for the Verkhovna Rada of Ukraine, the Ukrainian parliament, and was supporting her political career after the release from the Russian prison.

Tymoshenko has always been connected with Russia – both in business and politics. Yet in the mid-nineties, she was reselling the Russian gas in cooperation with the then chairman of Gazprom Rem Viakhirev. According to the press releases, it was Viakhirev who insisted that Tymoshenko should enter the government of Viktor Yushchenko in 1999 and even the then president Leonid Kuchma was not able to resist such a strong pressure.

With the presidency of Vladimir Putin in Russia, Viakhirev lost his political influences. Tymoshenko had to do many important favours for Putin, both political and economic, to establish good relations with a new Russian leader.

In August 2008 Tymoshenko refused to condemn the attack of the Russian Federation on Georgia. Then, as a PM of Ukraine, she prevented the Ukrainian warships from blocking the Russian ships in the Bay of Sevastopol in Crimea. As a result, Georgian armies were being shot from the sea by the Russian Black Sea Fleet squadron which came from Sevastopol.

A gas contract with Putin concluded by Tymoshenko in 2009 turned out to be very unfavourable for Ukraine. By signing this contract, Tymoshenko helped to supersede a competitive company from the Russian gas market, supporting Igor Sechin, her Russian gas business partner, the present chairman of Rosneft, a Russian state-owned petrochemical company. After the decision of the Stockholm arbitration court, it was estimated that this contract cost every Ukrainian family over 61 thousand hryvnias, which is about 2 thousand EURO.

During Tymoshenko’s service as a PM, Putin’s bank, then called Vnesheconombank, bought the oldest Ukrainian bank – Prominvestbank, whereas in last months of her term Russians bought the Industrial Union of Donbas, one of the greatest companies in Ukraine which possesses shares of over 40 industrial businesses in Ukraine (in the Donetsk, Luhansk and Dnipropetrovsk Oblasts), Hungary and Poland. Its co-owner Serhiy Taruta was a sponsor and partner of Tymoshenko. Now, if Tymoshenko wins the presidential elections, he hopes for the position of prime minister.

The most serious charge. Acting in cooperation with the Kremlin, Tymoshenko introduced Pavel Lebedev, a Russian spy, to the Ukrainian politics, who later became the Minister of Defence of Ukraine and made every effort to destroy the Ukrainian army. In 2006 he became a member of the Verkhovna Rada from the BYuT (the Yulia Tymoshenko Bloc) political party, and in 2012, during the presidential term of Viktor Yanukovych, as the head of the Ukrainian Ministry of Defence, he was selling the military equipment, sometimes not even caring for the price. During his term, the Ukrainian army lost the remains of its military capabilities and in 2014 it helplessly faced the Putin’s “little green men”.

When Tymoshenko was serving her sentence in Kharkiv prison, Putin defended her publicly several times.

The cooperation of the former Ukrainian PM with the Kremlin was lasting probably after the Revolution of Dignity as well. It can be proven by the statement of Hanna Herman, a former advisor to Viktor Yanukovych, that Tymoshenko will serve as a good President of Ukraine.

It is worth underlying that on February 28, 2014, during the most important meeting of the National Security and Defence Council of Ukraine Tymoshenko insisted on allowing the annexation of Crimea by Russia. In 2018, during the negotiations on the deployment of the UN Peacekeeping Troops in Donbas, she supported the option proposed by Putin, which provided for the deployment of the troops on the demarcation line, which is on the Ukrainian territory, instead of the Ukrainian-Russian border advocated by Ukraine.

The political campaign ahead of the presidential elections in Ukraine which are scheduled to 2019 goes on. According to the Ukrainian media, Yulia Tymoshenko has hired the American political technologists from “Avenue Strategies Global LLC” to lead her campaign. She consulted experts – George Birnbaum and Vlada Galan. Tymoshenko signed a deal with “Avenue Strategies Global LLC” on lobbying in the United States, but Birnbaum and Galan are rather specialised in the election campaigns – according to the website of the company.

Unfortunately, it is possible that the role of the main political advisor and protector of Julia Tymoshenko in the upcoming elections will be played by Vladimir Putin who prepares a plan for Ukraine under the code name “Yanukovych 2.0”.