Noteworthy is the article published on August 7, 2020, by Yang Jiechi entitled “Respect History, Look to the Future and Firmly Safeguard and Stabilize China-US Relations.” The article indicates that cooperation with China has paid off for America, but the current US rulers are looking for a dispute with Beijing. 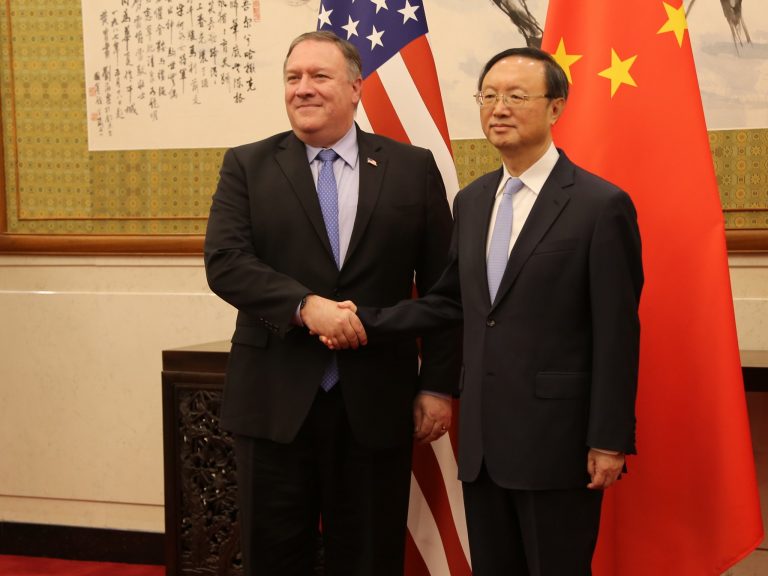 Yang Jiechi is a member of the Political Bureau of the Communist Party of China (CPC) Central Committee and director of the Office of the Foreign Affairs Commission of the CPC Central Committee. He is one of the most significant foreign affairs architects in China, especially in terms of the Beijing-Washington relations. Among others, he held a nearly seven-hour meeting with the US Secretary of State – Mike Pompeo, in Hawaii this June.

Jiechi’s article consists of five parts – an introduction and four chapters. In the introduction, the author pointed out that China-US relations are the most significant in the world. He also quoted the words of General Secretary Xi Jinping from 2014, saying that China and the United States can benefit from cooperation and lose from confrontation. The history is supposed to confirm this relationship. Nevertheless, for a while already, some selfish politicians in the US have been making false and baseless remarks about China in an attempt to disrupt good relations.

The first chapter was aimed at showing the good historical relations between the two countries. Although they have been rather hostile since the beginning of the People’s Republic of China (PRC), the “ping-pong diplomacy” has helped to overcome the stagnation. The US President Richard Nixon was quoted saying that “There is no reason for us to be enemies.” Some quotations from the Shanghai Communiqué, an agreement recognizing Taiwan as part of China and the final establishment of official diplomatic relations in 1979, were mentioned. Yang Jiechi points out that China and the US have always been based on a common understanding that both sides recognize and respect a different social system whereas the foundations of the friendship built up over the years should be protected.

In the second chapter, the author shows that mutual relations have brought huge financial profits to the American companies. The Chinese policy of opening up the economy was beneficial to all. Beijing supported the US with the deliveries of medical equipment during the fight against coronavirus, was a partner in solving international conflicts, building peace and prosperity around the world. Yang Jiechi sums up the chapter by saying that 41 years of diplomatic relations show that common interests outweigh the differences, the spirit of win-win cooperation will bring success to both countries and the whole world whilst the mutual interests should be respected and problems approached constructively.

The following chapter recalls that all of us form the global village and that we are interdependent. All countries should work towards a new type of international relations. The world is very diverse and China has chosen a path of socialism with Chinese characteristics that has brought it prosperity, peace and stability throughout the world. American politicians are trying to interfere in Beijing’s affairs, but this will not succeed because the CPC has a widespread public support. The US should respect the path chosen by China. As part of a peaceful development, they are inviting to the Belt and Road Initiative, the Health Silk Road, to invest in China and to the process of creating a friendly business environment.

The last chapter summarizes Yang Jiechi’s rhetoric. For the sake of humanity, the US should cooperate with China, building relations with a sense of responsibility for the history. The Americans should stop accusing China of the COVID-19 problem and instead start cooperating in fighting the virus under the leadership of the World Health Organization. He urged to immediately stop interfering in China’s internal affairs, i.e. issues related to Taiwan, Hong Kong, Tibet and Xinjiang. Cooperation is the only good choice. The United States must stop harassing Chinese companies. Both countries should work together on the international stage in order to address global issues.

This article is another attempt by China to present itself as a peaceful and cooperative state. Nevertheless, practically every chapter contains a warning towards the US against the attacks on Beijing and interference in its internal affairs. The article is a further step that puts China in a positive light, omitting a number of issues, such as human rights violations, failure to comply with trade agreements, aggressive behavior in the South China Sea, etc. It should be expected that the rhetoric of both sides of the conflict will not change.