China and the United States are preparing for war?

The Global Times has published further articles that warn the US against war with China. In their rhetoric, they also try to show Washington as an aggressor and Beijing as a peaceful party that is ready to cooperate. 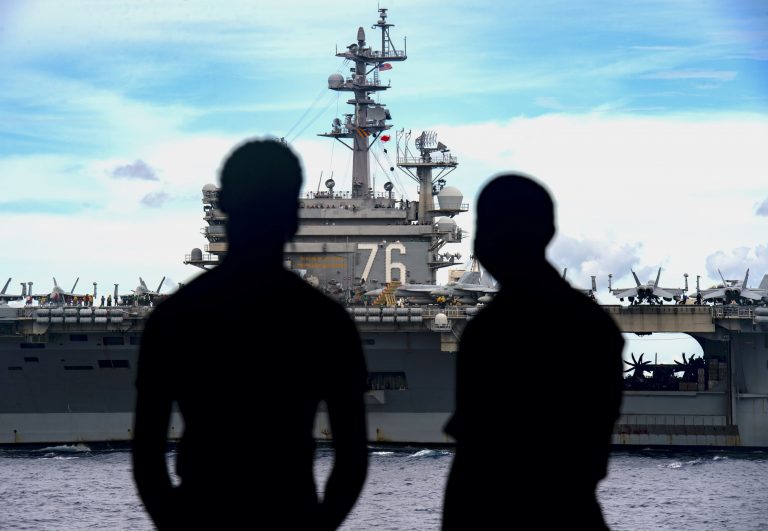 One of Hu Xijin’s articles of July 18 is entitled: “Will there be a war between China and the USA?” According to the author, due to the loss of mutual trust and a stronger American presence in the vicinity of China, the risk of an accidental clash has increased, although neither side desires the conflict. However, if the military provocations continue to occur, Beijing will take up the challenge and defeat Washington.

Another article points out that Donald Trump is trying to attack China because of the upcoming US presidential election, in an attempt to divert attention away from the “growing chaos and panic amid the COVID-19 epidemic. It is hard for them to be rational at this point.” Furthermore, it was noted that “confrontation is inevitable no matter which party wins.”

In his article of July 19, Shi Xiaoqin calls for the urgent creation of communication channels in case of sudden incidents in the South China Sea (the author calls it the Chinese Sea in the title). Xiaoqin outlines the arrangements about communication during peacetime, but notes that there is a shortage of such during the time of war, suggesting that it may happen. Interestingly enough, Mark Esper – the US Secretary of Defense, plans to visit China this year to create a plan for crisis communications in case of war.

An article of July 20, prepared by Li Qingqing – a Global Times journalist, based on an interview with Li Jie – a naval expert, responds to words of the US Defense Secretary, which place China as a major strategic competitor for America. According to the author, this shows that the US will treat China more seriously in military terms, and even imagine China as a target of war. The South China Sea and the Taiwan Strait were enlisted among the most critical locations. It was reminded that Beijing will not provoke the US, but will not retreat from protecting its own interests if necessary. The DF-21D and DF-26 ballistic missiles, known as the “aircraft carrier killers”, were also mentioned as a potential threat.

The journalists of the Global Times state that the US has lost its senses, moral grounds and credibility. The demand to close the Chinese consulate in Huston was called an escalation towards the Cold War. Donald Trump’s administration, due to the presidential election, is supposed to have such a tough attitude towards Beijing, whilst the election is driving the US crazy, according to the Chinese journalists.

There is also a more “conciliatory” approach to the subject. One of the texts noted the words of M. Esper who said that the United States “does not seek conflict” with China. Li Haidong – professor at the Institute of International Relations at the China Foreign Affairs University (CFAU), says that the harsh anti-Chinese rhetoric of some American politicians, trying to start a new Cold War, will not be accepted by the rest of the world. America is becoming too fragile to start a new Cold War and Republican politicians are going too far. Such a statement is a nod towards the Democrats, whose candidate has an equal opportunity to assume the office of the President of the United States.

The articles of the Global Times constantly mention the willingness to cooperate and the peaceful attitude of Beijing towards Washington. The specific reasons for the US-China conflict are ignored. They are only presented occasionally as the sources of escalation and tension between these players. The journalists claim that China will be able to defeat the United States, which is weakened by domestic issues and the pandemic. Moreover, they often point out that the current rhetorical attacks are caused by the presidential campaign. Additionally, they bow down to the Democrats who, according to the Global Times, may have a more conciliatory stance towards Beijing’s claims. However, this is contrary to the recent draft of the Democratic Party’s program, which makes tough provisions for the authorities of the Communist Party of China. Further articles with similar rhetoric are to be expected, especially since the position of both countries towards each other is dangerously intensifying.