The 20th meeting of the Council of Heads of State of the Shanghai Cooperation Organization (SCO), bringing together Russia, the People’s Republic of China, India, Pakistan, Kazakhstan, Kyrgyzstan, Tajikistan and Uzbekistan, took place online on November 10. Xi Jinping, General Secretary of the Communist Party of China (CPC), gave a speech on this occasion. 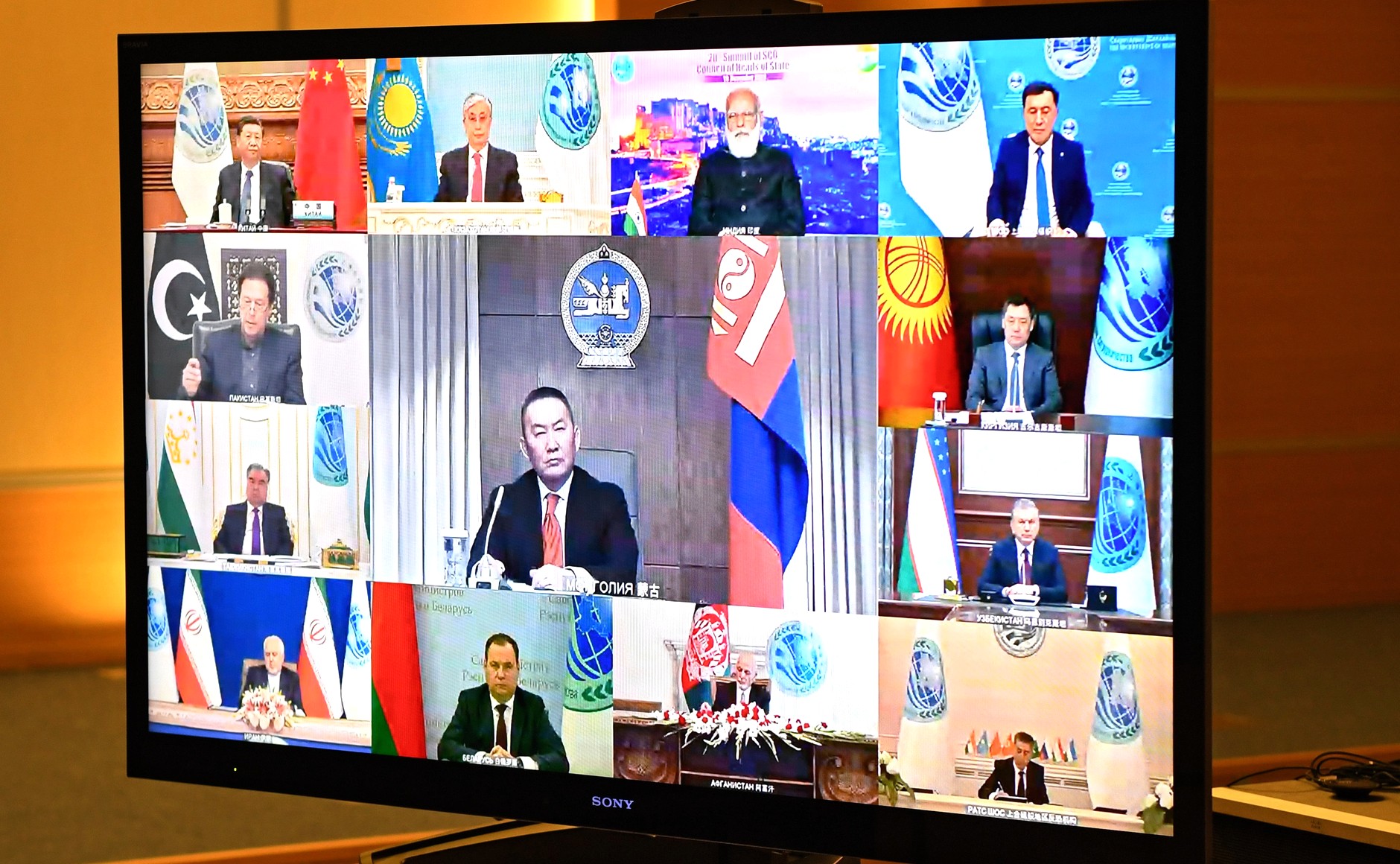 At the beginning, President Xi thanked President Putin and Russia for the thoughtful organization of the meeting and conscientiously fulfilling its duties during the ending Russian presidency in the SCO. He pointed out that the COVID-19 pandemic accelerated changes in the international landscape. According to the Chinese leader, the global community is now facing a serious test with choices to be made between multilateralism and unilateralism. He further mentioned four “prescriptions” for deepening cooperation and building a “community with a shared future for mankind.”

First of all, in his opinion, cooperation in the fight against the pandemic should be intensified. According to Xi, the leadership of the World Health Organization should be supported and attempts to politicize the pandemic should be opposed. China proposes to run a helpline between the SCO members’ disease prevention and control centers in order to obtain up-to-date information on the cross-border transmission of infectious diseases. The General Secretary stressed the exceptional value of traditional medicine in the fight against COVID-19, adding that Beijing has joined the COVAX initiative and will consider supporting the SCO countries with vaccines.

Secondly, safety and stability must be ensured. This means opposing the interference of external forces in the domestic affairs of the SCO members. It is important to respect biosecurity, data security and outer-space security. Moreover, it is crucial to halt terrorism, separatism and extremism. In the context of cyber security, Xi recalled the Chinese Global Initiative on Data Security. He also referred to the situation in Afghanistan, where destabilization affects the security of the region, hence there is a need for cooperation within the SCO-Afghanistan Contact Group.

Thirdly, the SCO countries should deepen their practical collaboration, among others, develop greater synergy of the Belt and Road Initiative with regional cooperation initiatives such as the Eurasian Economic Union. Xi encouraged closer partnership in the fields of digital economy, e-commerce, artificial intelligence and smart cities.

Fourthly, human relations should be nourished. “Each civilization is distinct and none is superior to others. We need to promote mutual learning between our civilizations and enhance good-neighborliness and friendship between our countries,” said Xi. To achieve greater public support for the SCO’s vision of cooperation, he proposes exchanges in the fields of education, culture, sports, media and “women’s welfare.”

At the end of his speech, the leader of the CPC proposed that the SCO should expand its network of partnerships and conduct extensive cooperation with the UN and other international organizations. The SCO should “play a more active role in international and regional affairs, and stay committed to building an open, inclusive, clean and beautiful world that enjoys lasting peace, universal security and common prosperity.” Furthermore, he added that “China cannot be separated from the world in achieving development, and the world also needs China for prosperity.”

As for the meeting itself, the participants succeeded in adopting, among others, an Action Plan for 2021-2025, a concept of cooperation between the SCO member states in the development of remote and rural areas in the digital age as well as a comprehensive joint state action plan for combating epidemics. The report of the SCO Secretary-General and Director of RATS (Regional Anti-Terrorist Structure) on their activities in 2019 was approved. Additionally, the participants expressed support for the initiative of the Kyrgyz Republic to build the SCO Culture and Integration Center in Bishkek.

Xi Jinping primarily encouraged multilateralism that has brought prosperity to Beijing and is now threatened by the COVID-19 pandemic, the trade war with the US and the redefinition of their supply chains by countries around the world. Hence, he encouraged cooperation in various fields, varying from trade to space, which is becoming increasingly significant for China. He appreciated the role of the WHO, which has supported the Middle Kingdom’s narrative of the pandemic from the very beginning and promoted Chinese medicine, which was used in the fight against COVID-19 in China, although its actual effectiveness is questionable. He invited the SCO members to take a common position on the attempts (implicitly of the West and the USA) to politicize the pandemic, which often remind where the pandemic has started. Moreover, Xi advertised the Global Initiative on Data Security, which stands in opposition to the American proposal – the Clean Network. The SCO is a convenient forum for Beijing, allowing it to expand cooperation with Russia, but also with partners with which it has various disputes such as India. Since its establishment, the SCO has also had a clear anti-western dimension, which fits well with Beijing diplomacy. Moreover, it is a framework allowing to emphasize the economic attractiveness of China in Central Asia. It should be expected that the CPC will strengthen the role of this organization.