Biden’s Presidency According to Chinese Forecasts

The recent US election and the very likely victory of Joe Biden in the run for the Oval Office have prompted experts, journalists and Chinese diplomats to consider what the new administration in Washington could mean for Beijing. 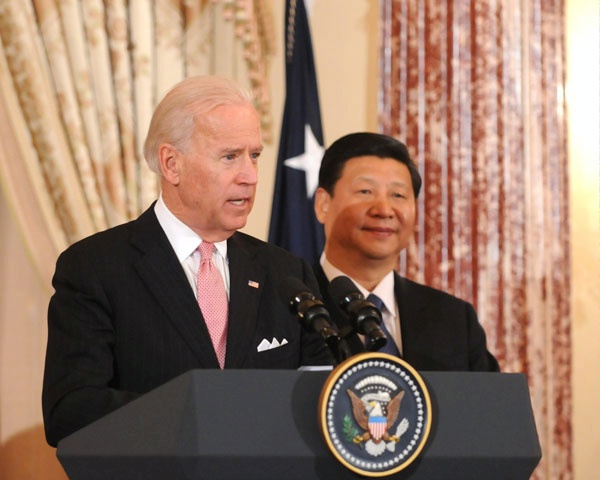 The Global Times article states that once Biden assumes the office of the President, he will maintain a tough attitude on China and it is unlikely that the US will ease the pressure on China on key issues. Moreover, it notes that Beijing and Washington will be able to move from “fierce confrontation to pragmatic cooperation,” such as the fight against coronavirus, the Paris Agreement and climate change, or trade cooperation. It was pointed out that the Democratic Party is more stubborn about values such as human rights, but this will not be the main reason for these two players to fall into a strategic confrontation.

On the website of the Chinese pro-government television CGTN, one of the articles (also reprinted by the China Daily) suggests that Biden is a better candidate from the point of view of Beijing. First of all, he was a long-time member of the American foreign policy establishment and better understands various nuances. Secondly, his remarks about Beijing during the campaign aimed only at winning him more votes. Thirdly, Biden is less capricious than Trump and will use formal diplomatic channels, as opposed to Trump, who rather used Twitter for this purpose. Additionally, the article points out that “no matter how astute or sensible Biden appears, he still has to contend with the real powers that be behind the facade of US democracy – Wall Street and the military-industrial complex.”

Yuan Zheng, Deputy Director and Senior Fellow of the Institute of American Studies at the Chinese Academy of Social Sciences, sees the new US President in a more optimistic way. According to his opinion, it is possible that dialogue with China will be intensified and bilateral tensions will be eased to some extent, although, as he recalls, this will encounter resistance from the Republican Party. He adds that in the short term, China’s relations with the US will be less tense, but in the long run they will face a greater challenge, as Biden emphasizes US leadership in the world. Along with his allies and partners, he will attempt to balance Beijing’s power.

Sun Xihui, an employee of the National Institute of International Strategy at the Chinese Academy of Social Sciences, states that Biden administration will continue to see China as the major strategic competitor of the US. Perhaps the new president will rejoin the Trans-Pacific Partnership (TPP) or other forms of regional economic and trade mechanisms which exclude China. He will also rely more on the system of alliances. “There will be no significant difference under Biden on major issues such as Taiwan, Hong Kong, the South China Sea, Xinjiang, Tibet and China’s religious and human rights situations,” said Shi Yinhong, a Professor at Renmin University in Beijing, who is a Foreign Affairs Advisor to the State Council of the PRC.

Jin Canrong, Associate Dean of the School of International Studies at the Renmin University of China in Beijing, told the Global Times that Biden will begin a “buffer period” in relations between China and the United States – relations may continue to deteriorate, but not so quickly. Xin Qiang, Deputy Director of the Center for American Studies at Fudan University commented on the topic of trade war that “the tariffs imposed by Trump are actually a good bargaining chip for Biden to continue negotiations, and he is unlikely to take the initiative to cancel them.” Moreover, Qiang believes that Biden should be more cautious and restrained on Taiwan question, but in the high-tech sector, rivalry is inevitable.

Southern Daily, an official newspaper for the southern province of Guangdong, wrote on Weibo website that although Biden would most likely treat Russia rather than China as the greatest foreign threat to the United States, “we don’t have to have illusions,” and “one thing is for sure, things will never return to the way they were before.” Hu Xijin, the editor-in-chief of the Global Times, tweeted about the US president-elect with care and appreciation. He reminded that the articles about his life have become popular on the Internet and aroused the sympathy among Chinese people as well as created an image of a “tenacious man.”

The General Secretary of the Chinese Communist Party Xi Jinping has not yet congratulated Joe Biden. In case of the previous election, Donald Trump received them the day after. This fact was addressed by the Chinese Ministry of Foreign Affairs spokesperson Wang Wenbin on November 9. He said that the announcement of Biden’s victory in the election was acknowledged, but the outcome of the election will be determined in line with the US laws and procedures whilst the congratulations will be sent in accordance with international customary practices. Chinese Deputy Minister of Foreign Affairs Le Yuchen said he hopes that “whoever wins the election will meet China halfway; uphold the principles of non-conflict, non-confrontation, mutual respect and win-win cooperation.” A similar position was presented by the aforementioned spokesperson of the Ministry of Foreign Affairs.

As it could be observed, the Chinese elite notes that from their country’s standpoint Biden may be a better US president than Trump. Above all, he is more prudent, which will allow for better communication between Beijing and Washington. However, the analysts from the Middle Kingdom note that a good cooperation can be short-term because the US establishment will not change the current confrontational course against China. Nevertheless, the CCP’s diplomacy counts on collaboration and is conciliatory towards the new administration, which was also evident in the early days of the previous president.