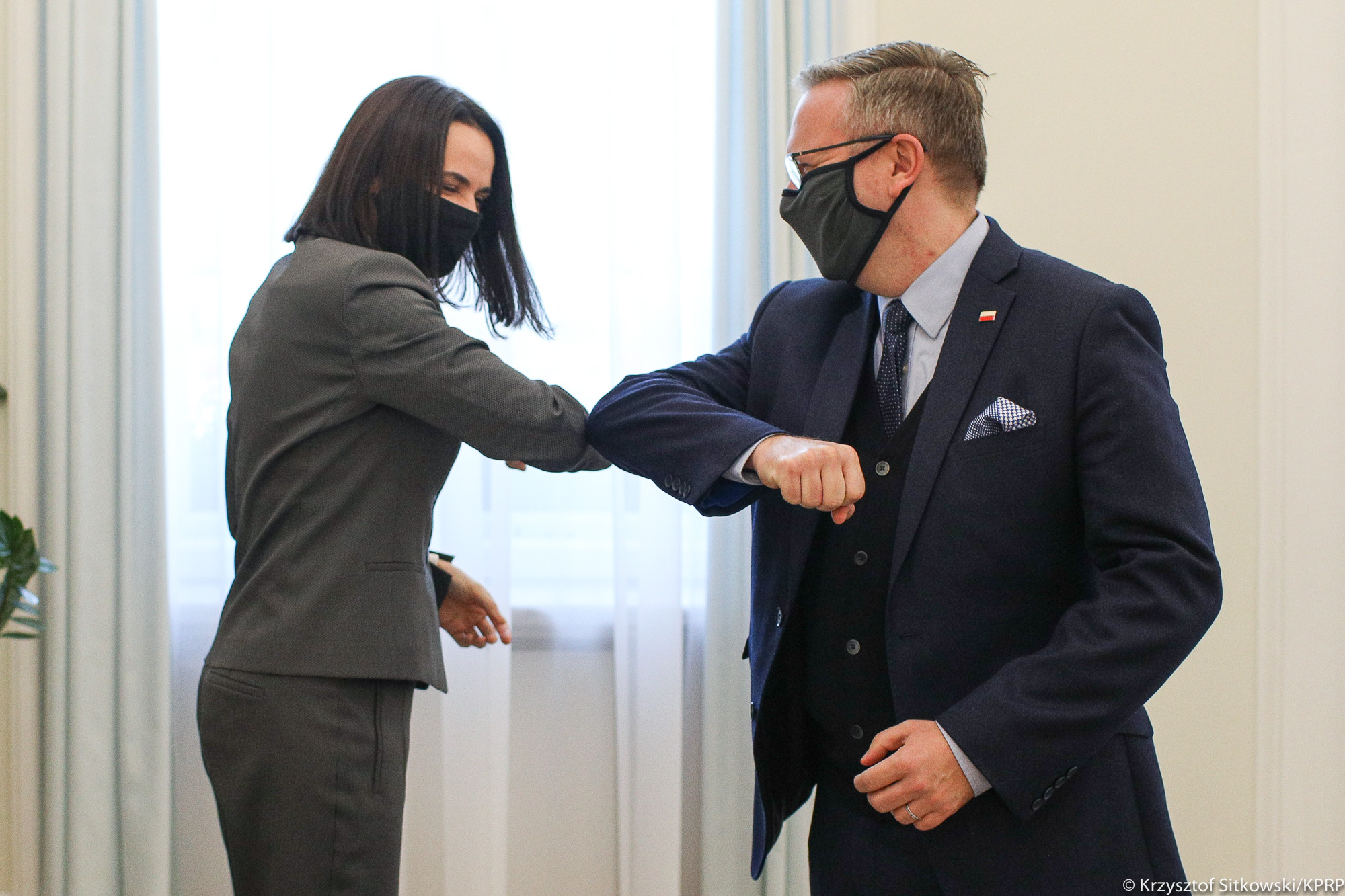 The talks covered ongoing situation and how the confrontation looks today between the authorities and citizens. Krzysztof Szczerski assured Svetlana Tikhanovskaya that the aim of the entire international community is to guarantee Belarusian citizens the opportunity for free elections, as well as to end the violence and guarantee security and free speech.

Presidential aide added that the issue of Belarus had been on the agenda of Monday’s Three Seas Initiative summit of 12 countries lying between the Adriatic, Black and Baltic Seas. According to Krzysztof Szczerski, the situation in Belarus affects the whole region and expressed hope that international interest could be maintained as, without international pressure, the situation there would deteriorate.