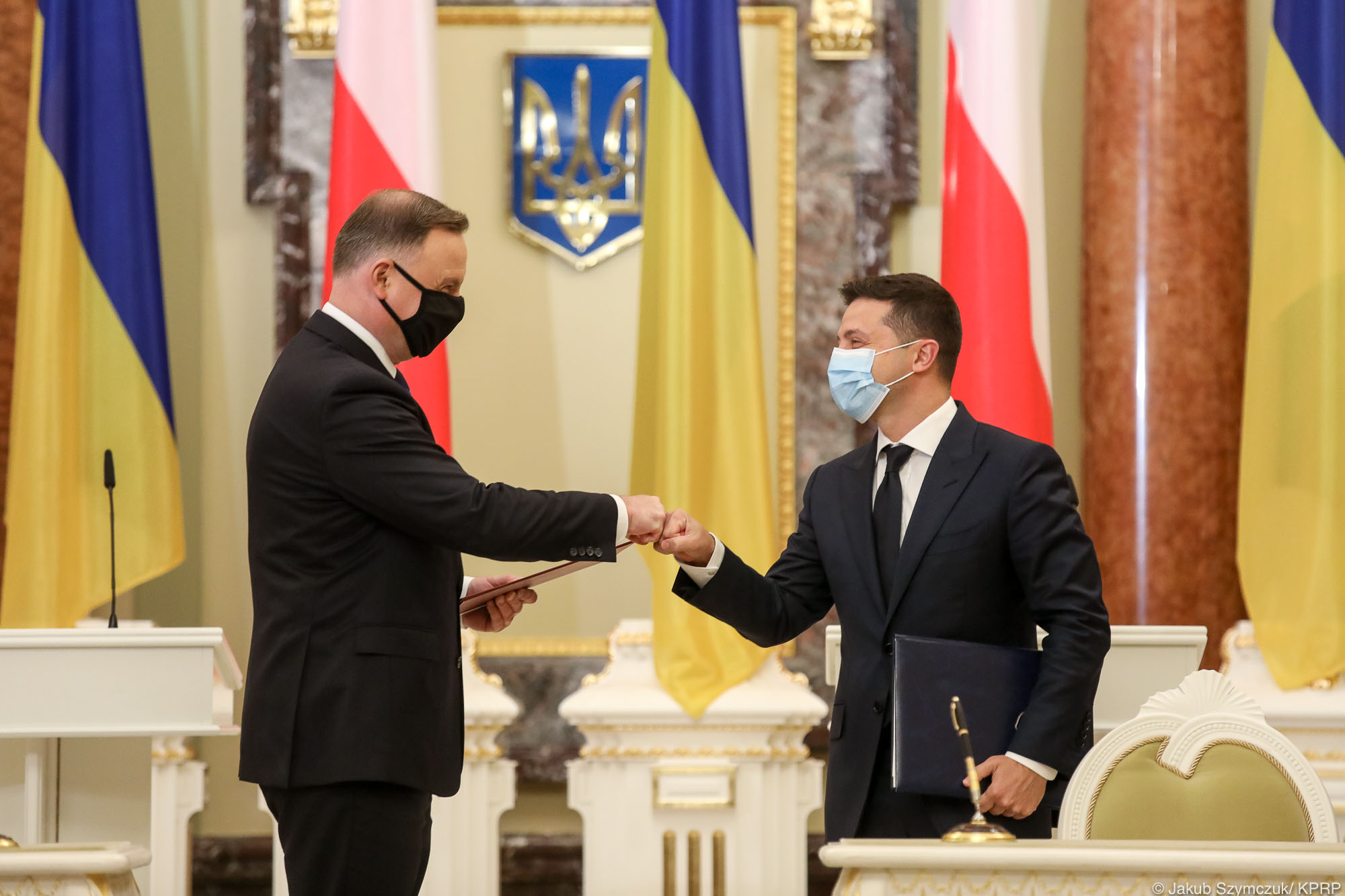 Yesterday, presidents Andrzej Duda and Volodymyr Zelensky, signed a joint declaration after which they highlighted the importance of allowing the search and exhumation of victims of 20th century conflicts and repression.

The presidents also referred to the situation in eastern Ukraine. The joint statement went on to express Poland’s interest in cooperating with Ukraine within the framework of an international platform for the de-occupation of Crimea. The declaration also stated Poland’s support for the sovereignty and territorial integrity of Ukraine and its internationally recognised borders.