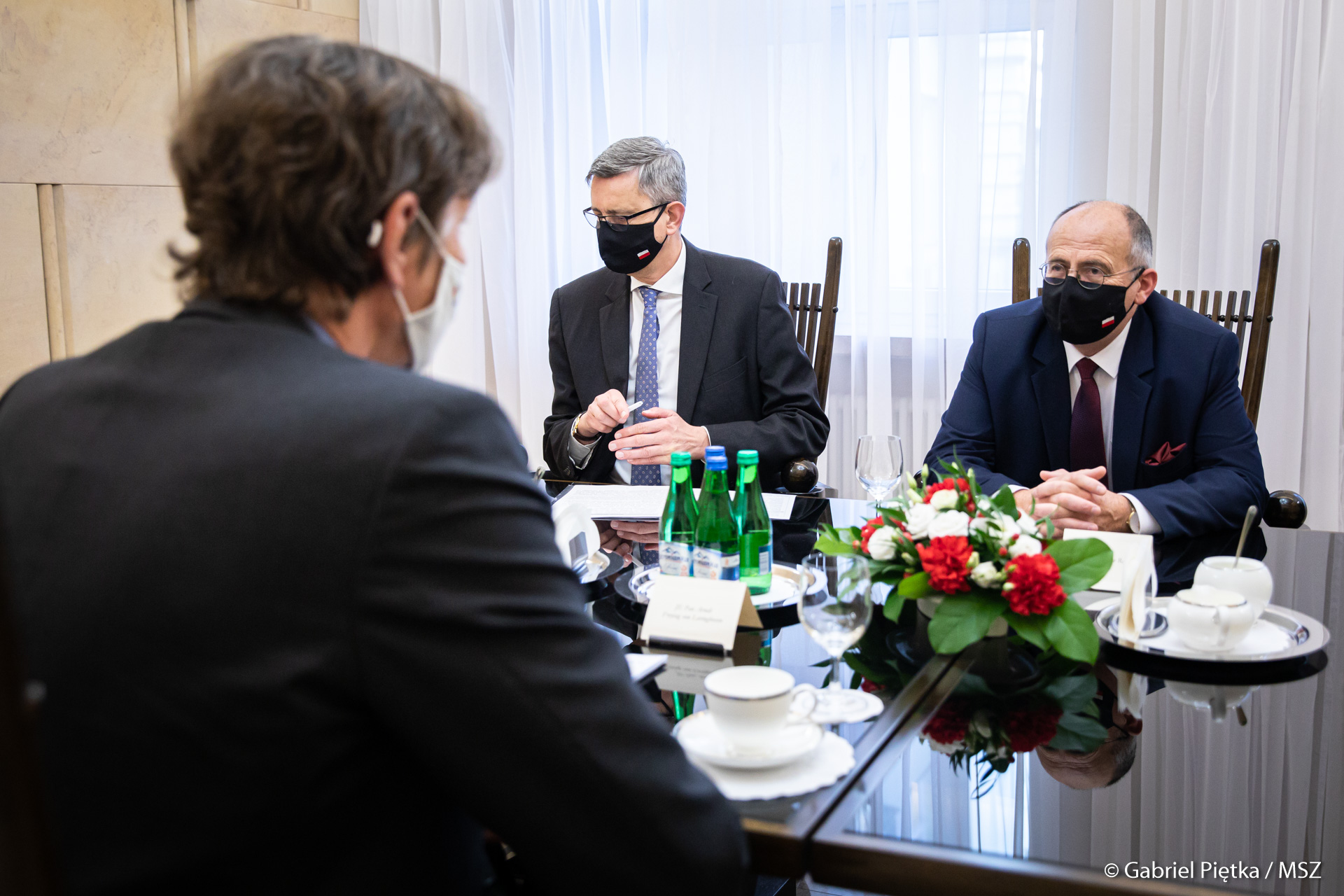 According to Polish Ministry of Foreign Affairs, the current state of bilateral relations and their prospects in the future were among the points of discussion during a meeting between Polish Foreign Minister Zbigniew Rau and German Ambassador to Poland Arndt Freytag von Loringhoven.

This was the first meeting of the Polish Foreign Minister with Ambassador Arndt Freytag von Loringhoven, who assumed his post in mid-September.

Two officials also spoke about the prospects of cooperation within the Weimar Triangle, whose Foreign Ministers met in Paris last week.

Minister and ambassador emphasized the importance of the roles of historical experience and consciousness in the successful development of bilateral relations.