Polish authorities met to discuss defence cooperation with US 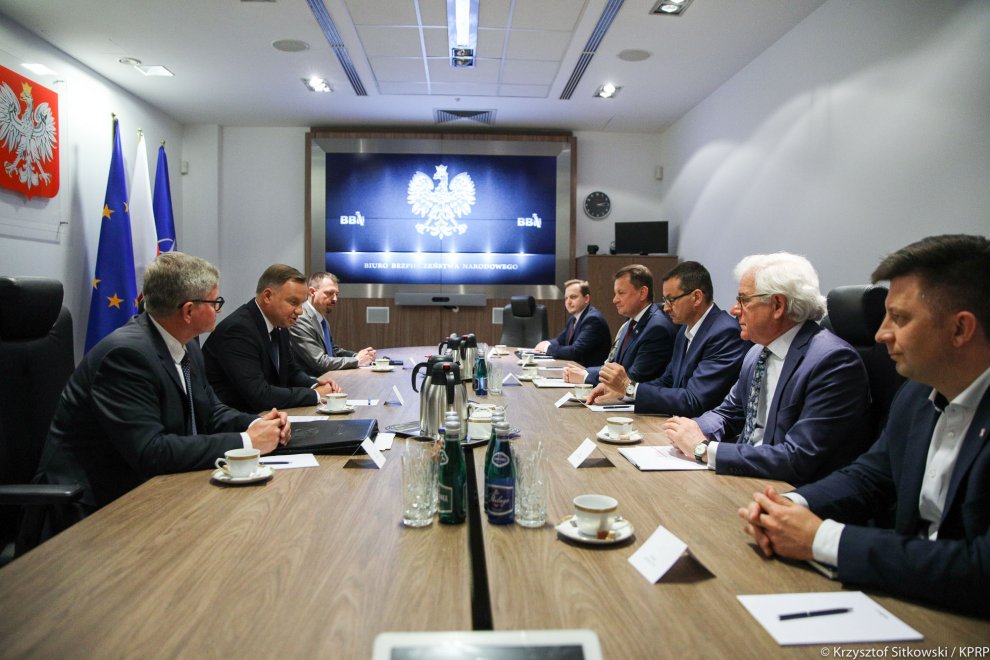 President Andrzej Duda met with Prime Minister Mateusz Morawiecki, the heads of the Ministry of Foreign Affairs, the Ministry of National Defence, the chancellery of the Prime Minister, the National Security Bureau and the General Staff of the Polish Army to discuss defence cooperation with the United States.

The issue discussed during the meeting was the implementation of the arrangements between Andrzej Duda and Donald Trump concluded in September 2019 and June 2020, primarily in the context of concluding the negotiations of the so-called Defence Cooperation Agreement, as well as plans to transfer a part of the command of the 5th Corps of the US Army to Poland.

The agreement involves, among other aspects, Polish support for this operation, logistics, rights and duties accrued to the soldiers and civil workers of the US Armed Forces.
The adoption of the new agreement will also enable the further implementation of the arrangements made by the presidents of both states, including the transfer of a part of the command of the 5th Corps of the US Army to Poland.