According to Vladimir Putin, Russia will still be one of the main participants of the Syria. Russian president was asked about the country’s participation in the conflict during his annual Q&A show. The declaration was followed by the raid of Russian aviation in the Idlib province. 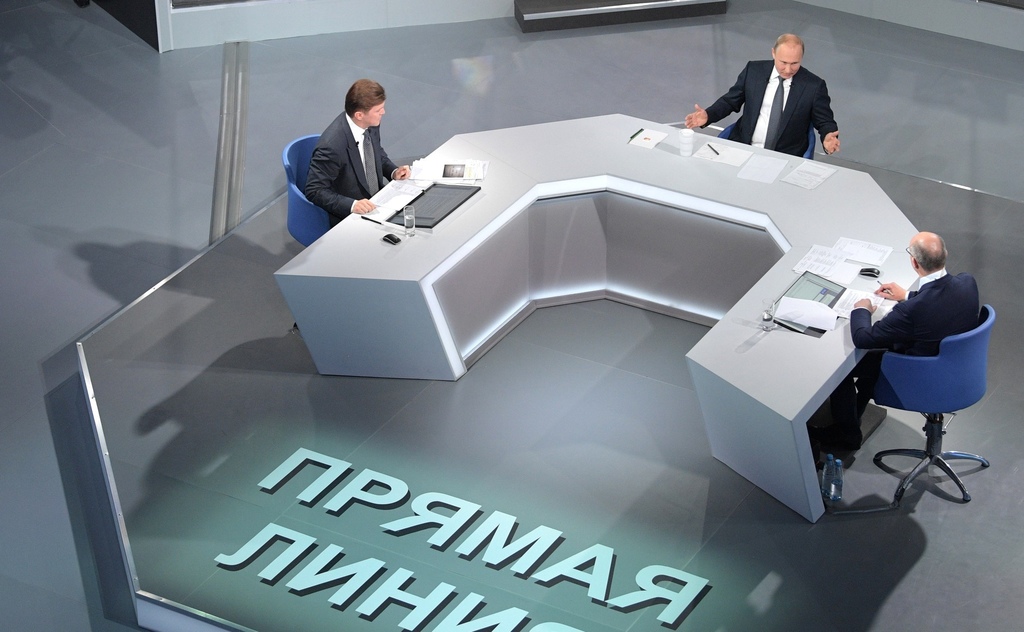 On June 7, Russian president answered questions from citizens in his annual live television call-in show. One of the issues concerned the war in Syria. Putin declared that he was currently not planning to withdraw all of troops from the country. The Russian army will stay there as long as it benefits Russia. Putin did not specify what circumstances would lead to the withdrawal of the Russian contingent. The Kremlin has already announced the actual end of the Syrian operation (launched in autumn 2015) at least twice: in spring 2016 and at the end of 2017. In both cases it turned out that the alleged reduction of military involvement in Syria was only the rotation of a part of the forces.

Speaking during the broadcast, Putin assured that the Russian army was not going to “permanently” expand its infrastructure in Syria. Many years ago, Moscow and Damascus signed long-term contracts for the lease of air base in Khmeimim and sea base in Tartus. Syria is Russia’s only bridgehead in the Middle East and until its presence is secured, Moscow will not withdraw its troops from the country. Putin’s words on the decision to continue Russia’s military presence in Syria were additionally emphasised by a night raid that occurred just a dozen hours after the broadcast. Russian air forces bombed the Zardana village in the northwestern province of Idlib, killing at least 38 people. The death toll is likely to increase as dozens were injured and many people are in critical condition. This is the most bloody single air attack in this region since March.