Putin’s Important Declaration: What Will He Do in 2024?

According to Russia’s constitution, Vladimir Putin is bound to leave the Kremlin when his current term ends in 2024. Nevertheless, the law may be subject to changes. Such an idea has been recently suggested by Chechen lawmakers. Mr Putin claims that he has no intention to amend the constitution in order to satisfy his own needs. But does he? As vaguely stated by Russian President, he may envisage such a solution. But it does not really concern the idea to lift the limit on two consecutive presidential terms. 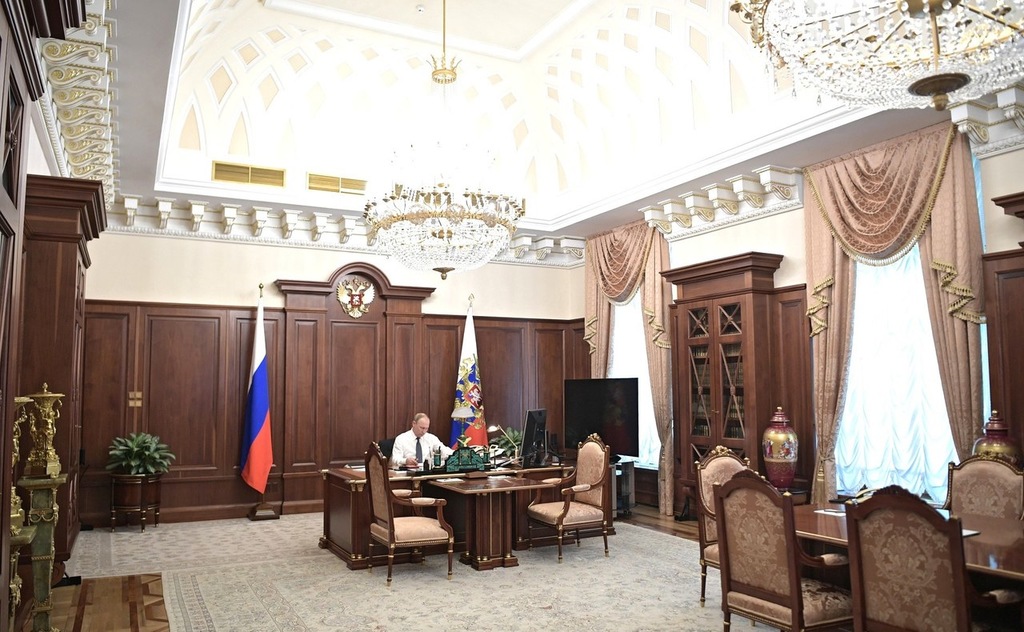 During a meeting with the heads of world information agencies in St. Petersburg, Mr Putin announced that he intended to abide by the constitutional principle that one person could not serve more than two terms in a row. He also reminded that such a situation took place in 2008 when he left the Kremlin.”I intend to follow this rule in the future”, he announced. Will this situation refer to the period of the so-called tandemocracy when Dmitry Medvedev obediently stepped down to allow Vladimir Putin to serve next presidential term? Following his re-election on March 18, Mr Putin assured that he had no intention to do so. He added that there were no plans to change the constitution “at that moment” and he laughed off a suggestion that he could take a six-year break before moving to reclaim the presidency in 2030 as he would be 77 years old then. Thus it is likely that Mr Putin will leave office; nevertheless, at the same time, Russia may undergo a system change that will eventually transfer the real power to another official, for example the prime minister (as in the chancellor system) or it would be necessary to establish a new body.

A wave of speculation on the potential situation in six year was triggered by Ramzan Kadyrov. Nevertheless, when Chechnya announced the plan in April, Kremlin spokesman Dmitry Peskov said that the president did not have the issue of changing the constitutional law on the presidency on his agenda.
On May 11, the Kremlin stated that the draft prepared by the Chechen parliament had not been Mr Putin’s personal intention. However, the parliament of the Chechen Republic decided to draft a bill enabling one person to serve as Russia’s president for three consecutive terms. The proposal has already been forwarded to the lower house of Russian Parliament. On May 18, the content of the bill was published on the website of Russia’s State Duma. Mr Kadyrov has argued that there was no alternative to Mr Putin and if there was a law that prevented the incumbent president from serving till the end of his life, it shall be changed as soon as possible. Such a declaration of the head of the Chechen Republic aims to test the reactions of the society as well as the political elite. And Mr Kadyrov hopes that Mr Putin will remain in power for many years to come. There was even a special personal relationship between the two politicians. If Vladimir Putin loses his power in the country, Kadyrov may have serious problems; the latter has implicitly threatened that any attempt made by Moscow to deprive Chechnya of its autonomy may possibly result with the “third Chechen war”.