The beginning of the Vladimir Putin’s new presidential term may mean a shift in the Kremlin’s policy. Swearing-in was of technical, rather than “tsarist” nature and in his speech, Mr Putin focused on domestic matters, problems of ordinary people and ambitions of Russian development but he did not mention any military or geopolitical issues. Also questions of international policy were almost skipped and accents of hostility towards other countries were avoided. In addition to the decree published on May 7 and predicted composition of the government (not to mention less aggressive character of the Victory Day), such an inauguration suggests that Mr Putin will aim to improve relations with the West, which it is possible now only in the case of European countries, mainly Germany. 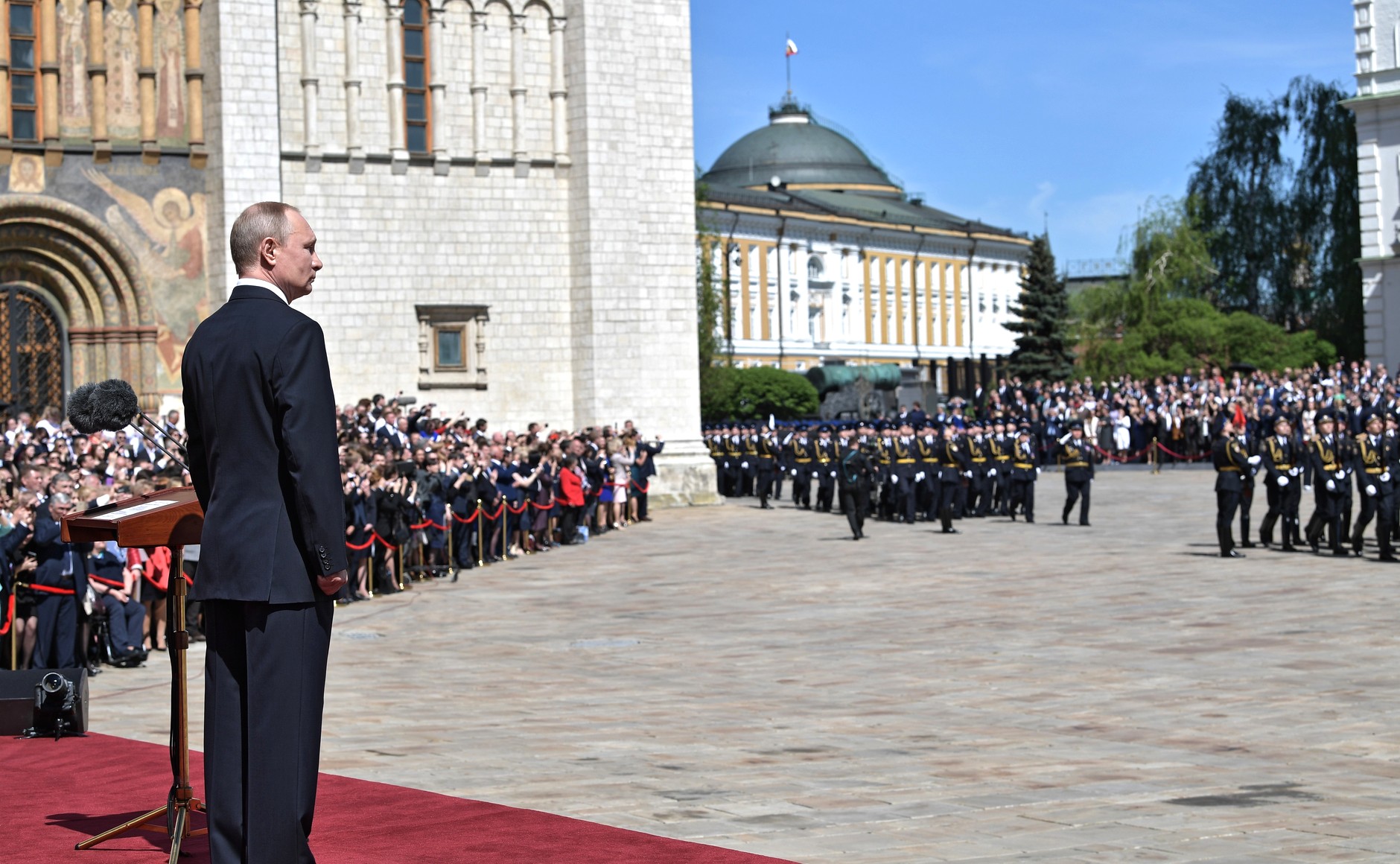 Vladimir Putin was sworn in on May 7 during the ceremony in the Grand Kremlin Palace, former residence of Tsars. His short speech included sentences which should be well received both by liberals and conservatives. Putin promised to defend sovereignty and power status of Russia, but at the same time promising a technological change. Despite previous expectations, the ceremony was not of “imperial” nature. It was quite the opposite, technical, short, with people in the street and guests at the Kremlin were less tensed than six years ago. A traditional banquet at the Kremlin was also abandoned. It was just an ordinary presidential inauguration, not a kind of tsar enthronisation – but a “sacral” element was still present, however, it was not so visible. President took part in a prayer serviced by the Patriarch Cyril at the Kremlin.

The character of inauguration points to the direction of Putin’s term, at least in its early stage. The announcement of reforms is a signal for the West. There was no aggression towards the external world; the need of increased spending on army, as well as necessity of tightening the belt and mobilisation in the face of external dangers were not also mentioned. It was a gesture of goodwill. “We advocate equal and reciprocally beneficial cooperation with all countries in the interest of peace and stability on our planet. Russia is a strong, active and influential participant of international life; safety of the state and defensive capabilities are truly assured. We will still pay necessary attention to these issues,” Putin said, continuing with domestic issues: “But now we have to use all accessible possibilities to first take care of the most important aims of domestic development, to reach an economic and technological breakthrough and to increase competitiveness in the spheres designing our future.”

In such a way Putin addresses the needs of Russians. Polls show that citizens have already got used to the Kremlin’s achievements on the international arena and there is no strive to be distinguished as a “great power” any more. Russia regained respect and now it can improve the status of lives of ordinary people. About half of Russian society expects changes in the manner of governing the state and sees the necessity of reforms. These numbers are constantly increasing – and with the uncertain economic situation Putin could not have neglected it. Especially, when there is not much to boast about at the international arena. Appreciation of the Germans at the Kremlin (Schroeder and Warnig occupying the first rows during the inauguration) is a symbol of beginning of Putin’s diplomatic offensive. It is aimed to reset the relations with Europe, which is enhanced by Trump’s policy (Iran, energy). By creating fake reforms in the state and luring with improvement in relations with western partners Putin gains time – and in fact he has no other option now. The restriction of aggression on the international arena was indispensable – so Putin used the opportunity, which is a new term inauguration.