On the 26th of August, Washington sanctioned dozens of Chinese individuals and defence firms over their contribution to China’s controversial island-building campaign in the disputed South China Sea and coercion against Southeast Asian claimant states. The announcement marks the first instance Washington has used sanctions against Beijing in relation to the disputed strategic waterway and points to the South China Sea as the next defining battlefield of US-China confrontation. 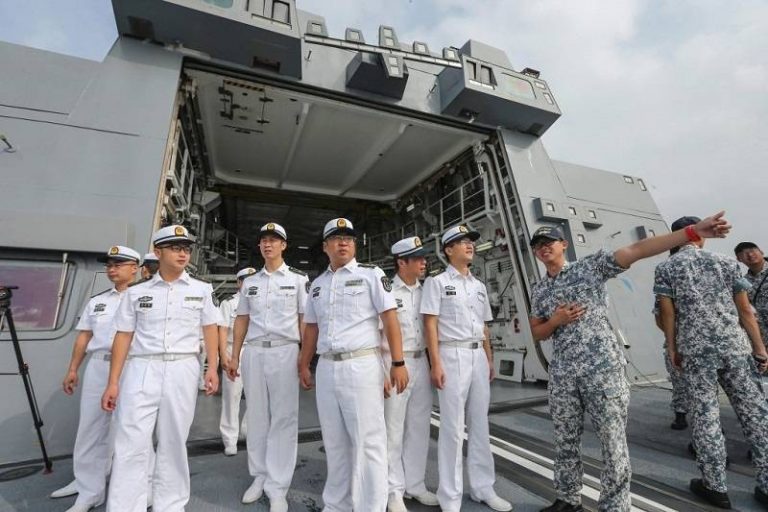 The immediate practical impact of the sanctions is likely to be relatively small. According to the US Department of Commerce, the US export to the blacklisted companies is insignificant and amounted to about $5 million in the last five years. As such, those defence firms, which include Guangzhou Haige Communications Group, China Communications Construction Company (CCCC) as well as China Shipbuilding Group, will remain largely unscathed by Washington’s move.

However, sanctions come amid a serious escalation of tensions between the two powers in the aftermath of the Secretary of State Mike Pompeo’s speech outlining the US policy in the region. In his statement on July 13th, the top US diplomat rejected all Chinese claims across much of the South China Sea as “completely unlawful,” thus fully endorsing the 2016 unanimous decision by the international tribunal in the Philippines’ 2013 case against China. The hardening of Washington’s stance did not remain only on paper as in early July the US Navy dispatched two aircraft carriers and four other warships to sail through the waters China claims, in a significant show of force to the Chinese military.

Beijing by no means remains the passive party in the recent spat. The dispatch of the US Navy was widely perceived as a response to Chinese military drills in the South China Sea. In late June, the Chinese military declared the area around the disputed Paracel Islands off-limits to other ships for the duration of Chinese military exercises, which took place in the first five days of July. The American sanctions also coincided with the reported launch of Chinese surface-to-air missiles that struck the area of the South China Sea between Chinese territory and the Paracel Islands. According to the Hong Kong-based South China Morning Post the missiles, which included an “aircraft-carrier killer,” were a warning shot a day after a US spy plane reportedly flew near Chinese naval drills.

The prize is certainly worth the trouble. The economic and security significance of control over the South China Sea cannot be overstated. In economic terms, the sea-lanes that pass through the South China Sea are the busiest and most prominent seaborne trade passage in the world with some US$ 5 trillion in goods cruising through its waters every year – one-third of global shipping. That accounts for not only nearly half of the Chinese and 6% of the American total trade, but also 90% of oil imports by resource-deprived Northeast Asian states like China, Japan, or South Korea. Secondly, its seabed is believed to store huge oil and natural gas reserves with U.S. conservative estimate putting the figure at 11 billion barrels of oil and 190 trillion cubic feet of natural gas.

From the military perspective, the same sea-lanes also serve as an important artery for the American navy. It allows the U.S. Seventh Fleet to transit between the Pacific and Indian Oceans and thus sustain the dense network of security ties and commitments Washington built throughout East and Southeast Asia.

However, the dispute over the South China Sea goes beyond simple economic and military factors. It is seen by many as the last stand in the struggle over the preservation of a “rules-based order” in East Asia, established by the West and backed by U.S. power. Embodying principles like the commitment to international law, opposition to unilateral territorial expansion and preservation of sea-lanes as a global commons, those rules have been increasingly challenged by revisionist powers like China or Russia, who push for the return to nineteenth century-style spheres of influence. Many western politicians and analysts believe than only under such order the South China Sea region can remain “open, free, safe and prosperous.”

China is well-aware of this significance. It has staked claim virtually over all of the South China Sea under its “nine-dash line,” over objections of its Southeast Asian neighbours – Malaysia, the Philippines, and Vietnam among others – who also have maritime claims to the area. To bolster its sovereignty claims, over the past decade Beijing has launched an impressive island-building campaign, constructing military outposts on disputed reefs, while at the same time deploying missiles and jamming equipment to challenge foreign navy forces operating in the region. The Middle Kingdom also has not shied away from outright intimidating claimant states to give away their rights to sea resources through its coast guard and paramilitary “fishing fleets,” for instance forcing Vietnam to cancel several oil drill operations in disputed areas.

The US became the principal international player to challenge China’s attempts to change “facts on the ground” on the South China Sea. Accusing Beijing of militarizing the area and intimidating its neighbours, Washington repeatedly sent its warships to sail through the sea in so-called “freedom of navigation” operations, aimed at asserting freedom of passage on international waters. Starting with the passage of USS Lassen near Subi and Mischief reefs in 2015 these operations became a regular affair, much to China’s annoyance, who views them as an attack on its sovereignty.

Although the policy was first adopted in Obama’s last years, upon Donald Trump entering the White House the number of US Navy patrols near disputed region rose significantly. The new administration adopted a markedly sharper anti-Chinese stance than its predecessors and viewed the South China Sea dispute as another tool to exert pressure on the Middle Kingdom, combined with launching a trade war and its crusade against Chinese telecommunications giant Huawei. Thus, according to data released by the US Pacific Fleet in 2019, the US launched record nine freedom of navigation operations in territories claimed by Beijing, raising fears of clashes.

The rise in US-China tensions over the South China Sea may also have a domestic component. Washington’s latest moves come in the midst of the US presidential campaign. The republican team employed China as one of the main attack lines against the democratic candidate and former vice-president Joe Biden, hoping to capitalise on the growing realisation that China’s expansionist moves in the Asia-Pacific require a strong response. The escalation may provide fodder for the president’s re-election effort, shoring up Trump’s tough-on-China credentials before 3rd of November, while at the same time portraying his opponent as too soft on China by comparison.