In an interview published by the official newspaper of the Russian Ministry of Defense, representatives of the General Staff of the Armed Forces of the Russian Federation warn potential enemies of Russia that any ballistic missile launched towards Russian territory will be treated as a nuclear attack, regardless of the load it actually carries. These warnings are yet another confirmation that high-ranking Russian politicians and officials are suffering from the “siege mentality” syndrome, as a result of which they seem to be convinced that the whole world threatens Russia, forgetting that Russia, on a par with China and Iran, pose the greatest threat to European and world security. 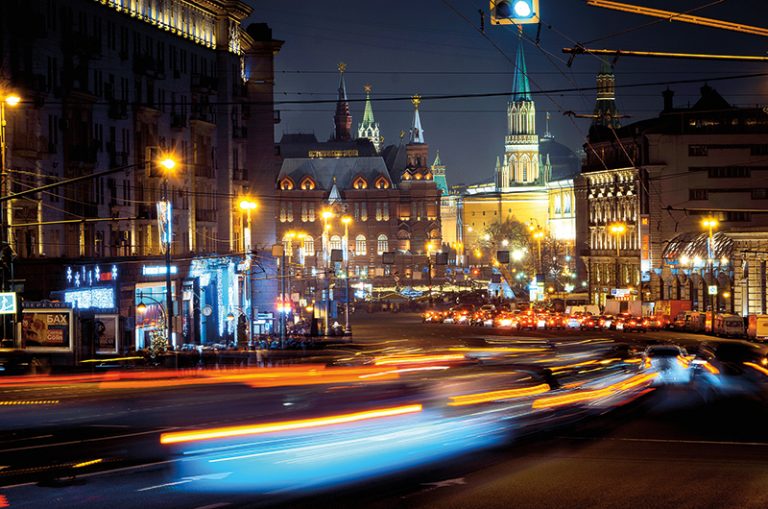 The controversial interview appeared in one of the holiday editions of the “Krasnaya Zvezda” (Red Star) newspaper, which is an official publication of the Russian Ministry of Defense. There, the representatives of the General Staff of the Russian Army – Major Andrei Sterlin and Colonel Alexander Khryapin, admitted that according to the latest Russian defense doctrine, any ballistic missile, even unarmed, fired towards the Russian territory, will be considered a nuclear attack by the Russian side. In practice, this means that Moscow’s response to any missile attack will be to fire salvos of missiles, armed with nuclear warheads, dozens of times stronger than those which fell on Hiroshima and Nagasaki at the end of the Second World War. At this point it is worth noting that this threat is directly, although not openly, aimed at the United States of America, which for at least several years has been working on ballistic missiles capable of destroying key targets within hostile territory without the need to use nuclear technology.

Then why does a superpower like the USA invest millions of dollars in the creation of less lethal weapons, although the logic suggests quite the opposite, whilst in case of a possible attack Russia will still respond to it with the most lethal weapon?

The point is to minimize civilian casualties as much as possible and to limit the destruction of non-military infrastructure, such as houses, hospitals, pipelines, etc. Thus, a possible attack of the USA would be aimed at precise striking of military objects, without endangering the lives of civilians. According to the present US military doctrine, armed conflicts should be won by surgical strikes on critical military and government infrastructure, and not, as earlier, by carpet bombings killing hundreds of thousands of civilians. Although this approach may seem irrational, having the interview of the Russian Army’ representatives in the Red Star about the brutal response to every possible attack at the back of the mind, it should be remembered that it is Russia and not the US that has been going on for years in paranoia generated by decision-makers, a kind of “siege mentality”, the best example of which is the belief of the Russian elite that the whole western world is a threat to Moscow’s security and sovereignty. The decision-makers in the Kremlin seem not to notice, perhaps deliberately ignoring the clear signals sent out by neighboring states, clearly indicating Russia and its aggressive armaments and investment in offensive weapons as the main cause of the expansion of European military arsenals. Contrary to Kremlin propaganda, the American military presence in Poland, the mass modernization of the Ukrainian army and the expansion of NATO in the Eastern flank, are not preparations to violate the sovereignty of the Russian Federation, but purely defensive actions which from the very beginning assumed to defend Poland, the Baltic States and other countries of the Bucharest Nine as well as to repel military aggression from Russia, whether it would be a war in the classic sense of the word or a hybrid and disinformation war. The Russian aggression in Georgia and Ukraine, the meddling of the Russian Federation in elections in the United States and the United Kingdom as well as the disinformation campaigns defaming Poland and its contribution to the Second World War are the best examples of bad intentions of the Russians, who seem to be forcefully trying to create a reason for military involvement in Eastern Europe. While it would be an exaggeration to talk about a possible conventional NATO-Russia military conflict for the time being, the scenario of a Russian invasion in Belarus or Ukraine, or a hybrid/asymmetric conflict in Eastern Poland seems likely.

An evidence of the progressive militarization of the Russian Federation, including its ability to strike with intercontinental ballistic missiles with nuclear warheads, is the fact that in 2020 the number of these warheads ready to be used in Russia is about 6,375 – that is several dozen more than the US, the UK and France combined. Not without significance is the continuous modernization of the warheads and their carriers by the Russian army, thanks to which the country can now boast the most modern ballistic missiles (Yars, Bulava), nuclear warheads and their carriers (Borei-class submarine) in the world.

Ultimately, however, it must be remembered that continuously looking for new threats to the internal security of the Russian Federation in addition to artificially creating military and political tensions between the West and Russia is nothing more than a well thought out political strategy of a former intelligence officer currently ruling the Russian Federation – Vladimir Putin. According to the recently voted amendment to the Russian constitution, Putin will be able to legally remain in power until 2036 – but this will not be possible without constantly mobilizing Russian society to fight a non-existent enemy. The armaments resulting from this policy and Russia’s increasingly aggressive actions on the international arena may, however, eventually lead to a real armed conflict which, as a result of extensive nuclear arms race, may end in Mutually Assured Destruction (MAD).