Ukrainians are Getting Armed

Ukrainians have almost four and a half million weapons at their homes, million three hundred thousand of which is legal, according to the applicable law. The rest, over three million weapons, are illegal, not registered, bought on the black market or brought from Donbas. The Ukrainian Parliament is still delaying the procedure of the act on the right to keep and bear arms. 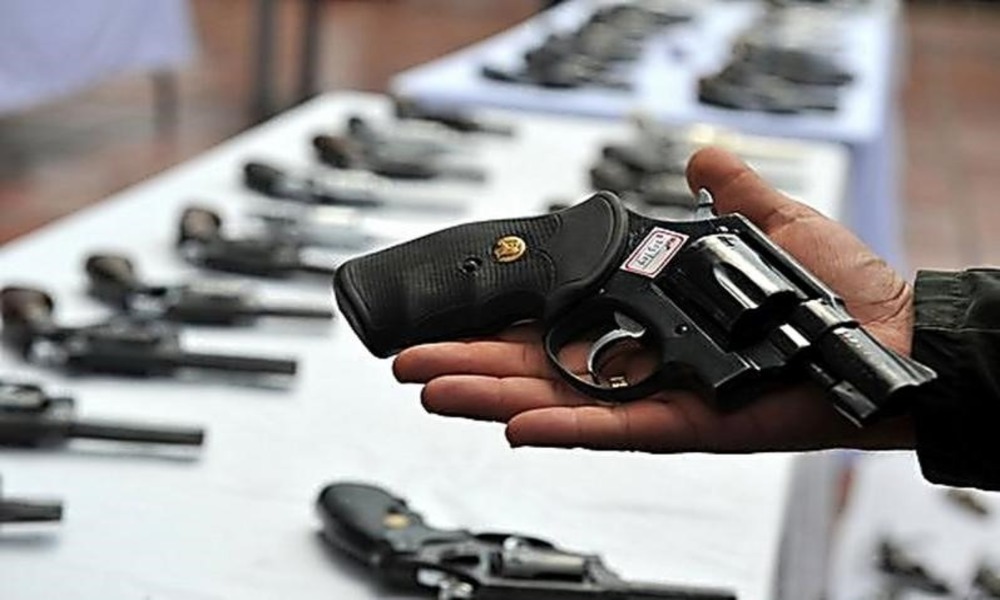 Data gathered by the Preventive Department of the National Police of Ukraine as at July 31, 2018, show that Ukrainians have 892 854 registered units of firearms – hunting and smoothbore weapons.

According to the Ukrainian law, the purchase of other kinds of weapon: guns, automatic weapons, machine guns or assault rifles, is banned. Only a special category of citizens: the defence and law enforcement institutions, prosecutors, judges and journalists are allowed to buy these weapons. The president and ministers of defence and of internal affairs have a right to give guns to the citizens at their own discretion, which entails the automatic firearm license. In this way, firearms are possessed by about 50 thousand Ukrainians.

However, a well known and authoritative GunPolicy.org portal, associated with the Centre for Violence Prevention, on the basis of their own research estimates that in 2017 in Ukraine 4 396 000 units of weapon were in private hands. This means that in the last ten years there was an increase of over one million three hundred thousand. Statistically, there are ten firearms for every one hundred Ukrainians. When it comes to the possession of weapons by civilians, Ukraine is ranked in the first 25 of countries in the world. The tendency of increase in weapon purchase has appeared in 2013; then 830 units were registered.

Estimations of GunPolicy.org were confirmed by the Swiss „Small Arms Survey” organisation. In 2017, Ukraine entered the TOP-25 and occupies the 22nd position with 4.4 million weapons for 42 million citizens – just behind Columbia (5 million units) and before Afghanistan (4.3 million units).

But the police claim that despite the fact that civilians have more and more weapons, the number of registered murders with firearms is paradoxically decreasing. In the first half of 2018, 800 such incidents were registered, while in the parallel period of 2017 there were 1.5 thousand, in 2015 – 1.9 thousand, and in 2015 – 1.4 thousand. But people on the streets almost every month witness spectacular murders of businessmen, soldiers and officers who are coming back from Donbas or journalists. According to non-governmental organisations, the increase in crime is enormously big.

The police unofficially admit that the number of illegal weapons is very high. The penal code provides for a punishment of up to 5 years in prison for possession of illegal weapon. But there is a loophole in the penal code which is willingly used both by the police and by criminals: one can avoid the punishment by giving back the weapon voluntarily. The police organise the acquisition of weapons. The backroom of the procedure is not fully known and rises curiosity among investigative journalists. Especially interesting is the question of who makes money on it and how high the profit is?

In May 2018, Ukrainians brought to the police stations 6 553 units of weapon, including: 520 guns, 501 hunting rifles and 4518 rifles. Almost a thousand of remorseful people received an immunity from prosecution. This is not a secret that on the black market, on a Ukrainian street, to be precise, one can buy a Kalashnikov with removed serial numbers and two sets of ammunition for 500 US dollars, or a Makarov pistol for 200. Criminologists and politicians anticipate that the phenomenon will be spreading in this way.

The legalisation of weapon possession and inclusion of the black market into the legal sphere may be the only sensible way out. But this entails the change in the law. Since 2014, a project of an act on firearms for civilian and its circulation lies, literally, in the office of the Verkhovna Rada of Ukraine. Deputies explain themselves with the war in Donbas. They claim that there will be a time for such acts. Supporters of changes, social activists and some politicians who are aware of the danger connected with the black market of firearms say bitterly, that Ukraine is doomed to unequal battle with the local mafia. Too many influential people earn from the black market of firearms to combat this problem.