A New Wave of Anti-Government Protests

Protests which took place in the first half of August were the biggest demonstrations in Romania for months. Repercussions of numerous demonstrations are still visible. The government and the opposition blame each other for brutal actions of the gendarmerie. 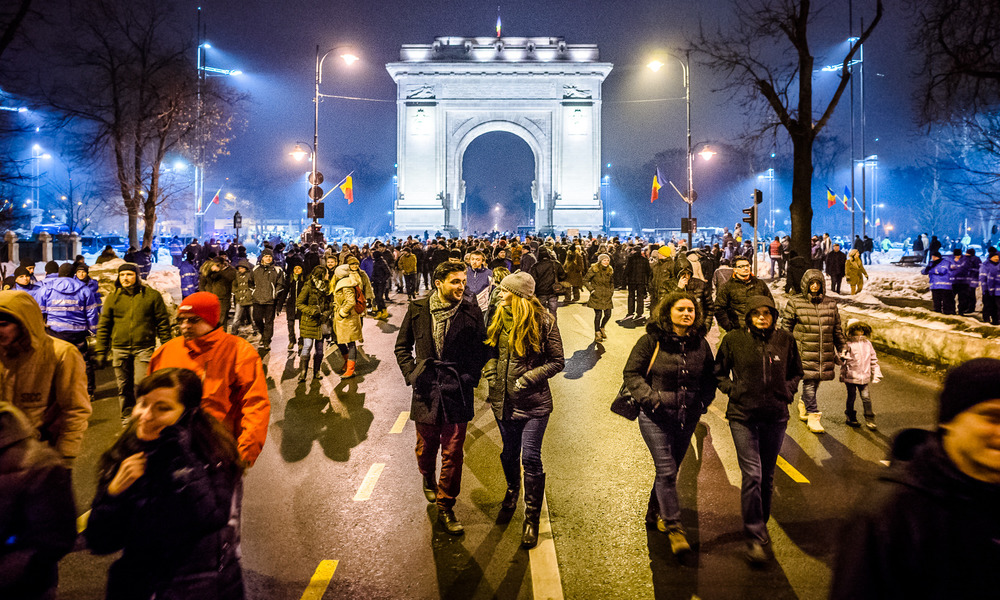 “Rally of emigrants” – this is the slogan of the demonstration organised on August 10 in which initially mainly emigratory groups were engaged (according to some sources, the number of members of the Romanian Diaspora is estimated at from 6 to even 8 million people). According to Digi24.ru, about 100 thousand demonstrators, including the residents of the capital city, gathered that day. They demanded the resignation of the government led by Viorica Dăncilă. The dissatisfaction was caused also by changes in the criminal law concerning i.a. corruption, which have been forced since last year, and the dismissal of Laura Codruța Kövesi from the position of the Prosecutor General of the National Anticorruption Directorate (DNA). But the demonstration in August was different from the previous ones, as so far – with a few exceptions – protests have been peaceful in nature. This time, however, there were violent clashes with the gendarmerie guarding the Victoriei square.

When the crowd was growing, representatives of the gendarmerie issued an announcement via the Internet in which they warned the participants against groups of aggressive football fans who could clash with the police. Indeed, they attacked with stones and other heavy objects and the gendarmerie responded with tear gas and water cannons. Both sides were fighting with each other as well. Afterwards, the service was faulted for provocation, but nobody has been found guilty yet.

In the clashes in Bucharest, 452 people, including 24 gendarmes, were injured. The Prosecutor’s Office is currently conducting 250 cases in which participants of the demonstration blame the gendarmerie for the excessive use of force. Actions of the service were condemned i.a. by the President Klaus Iohannis, who comes from the opposition National Liberal Party (PNL). On the other hand, the government claims that there is fake news which aims to destabilise the state and to overthrow the legally chosen government. A special commission was even established to investigate the circumstances of the incident. Almost two weeks after the demonstration, the emotions faded away. Less than half a thousand people appeared at the demonstration organised on Friday, August 17, which was aimed to commemorate the victims of brutal clashes.

Nobody in Romania is surprised by mass protests anymore. The biggest anti-government demonstrations in recent years were triggered by the fire in the Colectiv nightclub in October 2015. Several dozens of young people died in the tragedy for which the outraged crowd blamed the Cabinet of Victor Ponta as it turned out that the owners of the club did not have proper permits and fire protection which they explained with the corruption in administration. Then, demonstrations led to the end of the Cabinet of Ponta who resigned from his post. Other mass protests were breaking out after the parliamentary elections in the second half of 2016. They were caused mainly by the proposals of changes in law issued by the ruling PSD-ALDE coalition. Demonstrators were against, for example, more lenient regulations regarding the penalty for corruption.