A Russian Blockade of the Sea of Azov

Since July 2018, the situation in the Sea of Azov has been still catching attention of the Ukrainian and foreign observers: vessels flying the flags of Ukraine and foreign countries are more and more frequently being controlled by Russia – these vessels sail both from and to harbours in the Sea of Azov in Berdiansk and in Mariupol in Ukraine. In fact, this situation has been observed since April this year. Despite announcements of Kiev and attempts to draw attention to the problem, the number of blocs in the Sea is still increasing. How does the blockade of the Sea of Azov influence Ukraine and what does Russia gain? 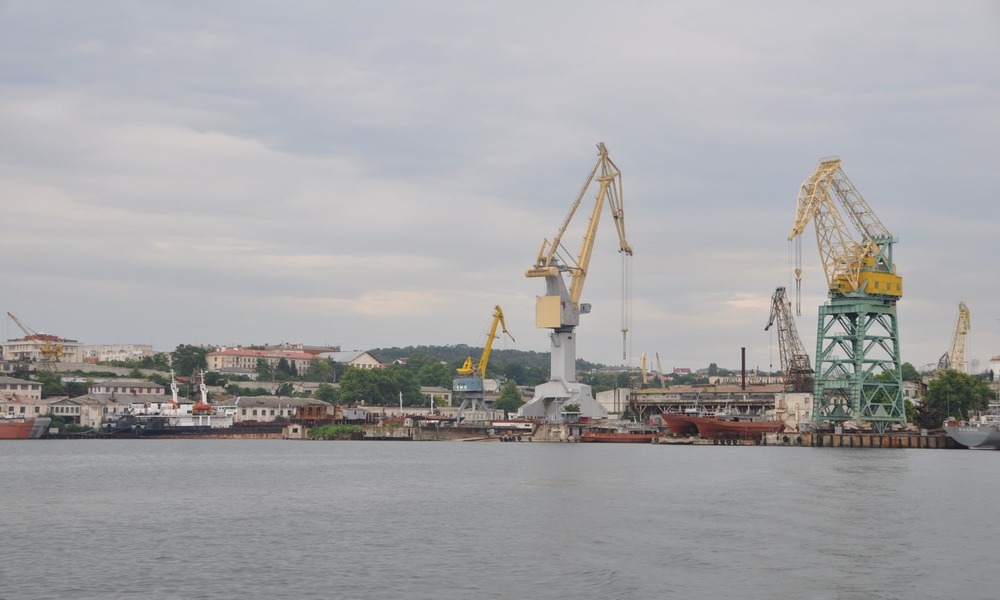 Yet at the beginning of April, the Security Service of Ukraine has warned against the possible provocations conducted by the Russian Federation in the Sea of Azov: Ukrainian fishermen who fished in the Sea of Azov were advised to take precautions against possible unfounded arrests by the Border Service of Russia. According to the Bureau of ATO (Anti-Terrorist Operation), there was a possibility to get exposed to the provocations by the Russian Border Service. The Bureau claimed that Russians could aim to detain Ukrainian fishing boats against the Law of the Sea. The Bureau did not exclude the possibility of similar provocations in the Black Sea.

It was assumed that the main aim of the possible Russian provocations was a symmetrical response to the detainment of the “Nord” fishing boat in the Sea of Azov, flying the flags of the Russian Federation and registered in Crimea occupied by Russia, by Ukrainian State Border Guards on March 25, this year. The fishing boat was arrested. The captain was accused of breaking the Ukrainian law due to the breach of procedure allowing for the entry to and departure from the temporarily occupied Crimea. According to the Ukrainian law, the temporarily occupied area is accessible only by land through special checkpoints. From the viewpoint of the Ukrainian law, passing the temporary border with Crimea both by sea and air and using Russian carriers for this purpose is illegal.

After the detainment of the “Nord” fishing boat by Ukrainians, Russia, as a revenge, started to take measures which cannot be called symmetrical – it has been falsely detaining Ukrainian and foreign traders for long controls. Yet at the beginning of May this year, the detainments were only of preventive nature, and vessels were being stopped only for 2 or 3 hours in order to check the cargo. This situation was happening only in the Kerch Strait (a shallow strait between the Kerch Peninsula and the Taman Peninsula, connecting the Sea of Azov and the Black Sea). However, the number of detainments has soon increased causing longer stops of vessels in the Sea of Azov as well. Russian controls lasted for 30 hours and some vessels were being stopped several times during one passage.

When the bridge over the Kerch Strait was built, Russia took control not only over this sea area, but also over vessels sailing along the strait. Nowadays, vessels sailing to harbours in the Sea of Azov, which have already left the Black Sea, are being detained by Russian border guards in the Kerch Strait (vessels heading for Berdiansk or Mariupol stay there idly from several hours to even three days), then, they are again being detained in the Sea of Azov as Russians are not limited in their actions and can detain vessels for inspection at any stage of the cruise. The situation is the same on their way back.

Ukrainian experts on the national security and defence warn that this is a very worrying trend. So far, vessels have been detained only in the Sea of Azov, near Mariupol, but according to experts, Russia may as well start detaining traders for control within 12 nautical miles from Odessa in the Black Sea: for instance, during the Ukrainian military exercises. Then, the whole sea will be blocked for Ukraine.

Formally, nobody can forbid Russia from checking vessels. This is stipulated in the agreement on cooperation between Russia and Ukraine in the Sea of Azov and in the Kerch Strait from 2003. According to the agreement, both parties can freely move about the sea and control vessels which raise suspicion, or because of any other reason. One should point out that Ukraine has the same right to detain vessels, as Russia.

However, the fact that Russians have the right to check vessels does not mean that they have the right to conduct unfounded controls and check only these vessels which head for or come back from the Ukrainian harbours. Russians use the agreement against the agreement itself. They use the law to detain vessels at any place in the sea, at the same time breaking the rule of the freedom of navigation stipulated in the same agreement.

Moreover, Russia uses the inspection of vessels as an element of the political and economic pressure on Ukraine. Firstly, the Russian Federation tries to show who “the host of the sea” is. Secondly, it significantly reduces the economic attractiveness of Ukraine.

Detainments of traders for several days lead to great economic losses. There is a risk that foreign contractors and owners of vessels sailing to the Ukrainian harbours in the Sea of Azov will simply lose their patience and will not be willing to allow their ships with cargo to say idly in the sea, docked for a long time.

Currently, Russia has an additional argument which is the Crimean Bridge. The bridge itself is a way to delay the cruises of container ships, but in addition to constant inspections of everything which enters the Ukrainian harbours, it creates a great technical opportunity to inhibit the freedom of navigation, and in fact – to set a blockade of Ukrainian harbours.

The worst scenario, which is taken into consideration by the Ukrainian authorities and analytics as well, is the Russian aggression in the Sea of Azov. After the annexation of Crimea, Russia has increased (and is still increasing) its military presence in the peninsula. It uses the Crimean Bridge to deploy soldiers and military equipment. Russia feels very comfortable in the Black Sea area.

What is more, Russia started entering the Sea of Azov. “We see that it is aimed to block the Ukrainian harbours in the Sea of Azov, to escalate the tension, possibly, to conduct a military operation, attacks on Mariupol, which exports the products of metallurgy and attacks on other harbours of the Sea of Azov” – said Petro Poroshenko, the President of Ukraine.

Russia is still searching for new methods of conducting a hybrid warfare. And this is a way to combine the Crimean theatre of war with Donetsk (Mariupol is a city in the east of Ukraine, in the Donetsk Oblast, located near the front line). It may be a part of the Russian plan to weaken the economic situation and political stability before the presidential elections in Ukraine in 2019.