Ukraine vs Russia: Religion as a Weapon 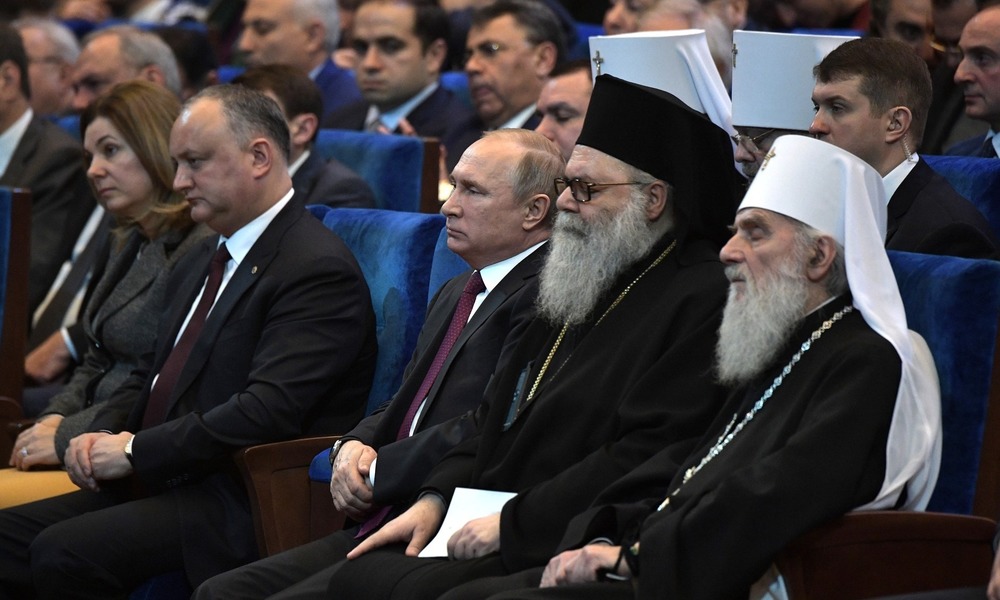 Putin spoke at a ceremony on the occasion of the tenth anniversary of Patriarch Kirill’s enthronement. The Patriarch of Moscow may eventually fight this battle while it is already said that his days are numbered and he is to be succeeded by Metropolitan Tikhon of Pskov, known also as Putin’s spiritual father. The Kremlin needs to show as much support as possible to Patriarch Kirill as well as to the institution he is in charge of. In his speech delivered on January 31, President Vladimir Putin made it clear that Russia has no intention to accept the defeat of the Russian Orthodox Church in Ukraine. “Moscow has respected and will respect the independence of church affairs, especially in a neighboring sovereign country. And yet we reserve the right to respond and do all we can to protect human rights, including the right to freedom of religion,” he said. He added that “blatant interference in church affairs is taking place in Ukraine while its initiators were taught by last century’s atheists, who banished believers from churches and ostracized and persecuted clerics”, words that sounded somewhat bizarre, especially if uttered by a former officer in the KGB. Interestingly, Putin, as a politician who had grown out of anti-Christian atheistic tradition, seeks now to defend the Orthodox Church, claiming that “the kind of project, with no connection to faith and totally false, that is being implemented in Ukraine.” According to the Russian leader, the fact of granting autocephaly to the Ukrainian Orthodox Church is closely linked to a struggle for power, with a clear reference to the presidential campaign that is currently being held in Ukraine. Nonetheless, such claims sound strange out of the mouth of a top politician who had made the Moscow Church one of the pillars of the Russian state and its policy.

Putin’s sharp statement may thus come as a reaction to the situation in Ukraine, possible development of which might turn out worse than it had been expected in Moscow. In addition, more and more parishes of the Moscow-affiliated church are deciding to change their affiliation, thus joining the unified autocephalous Ukrainian Orthodox Church. Over 140 Orthodox parishes have opted for changing their religious jurisdiction over the last few weeks. Such a process seems particularly noticeable in the western and central regions located on right-bank Ukraine.

The Kiev authorities have actively backed the church’s independence from the Russian jurisdiction. Participants of the unification council gathered on December 15, 2018, to establish the independent autocephalous local Ukrainian Orthodox Church. On January 6, 2019, Ecumenical Patriarch Bartholomew of Constantinople has handed over a “tomos” of autocephaly to Metropolitan Epifaniy of the new Orthodox Church in Ukraine. Yet the Russian Orthodox Church has no intention to recognize the independence of the Ukrainian institution as the former has its structures in Ukraine while considering the country as its canonical territory. Until recently, it was also the most influential Orthodox church out the three institutions operating on Ukrainian soil. There are only two left, out of which the Ukrainian Orthodox Church is recognized as canonical. Putin’s words sound like a direct threat to Ukraine, with Moscow claiming the right to interfere into its neighbor’s domestic affairs, also on the pretext of religious aspects. It is now difficult to interpret Putin’s speech in terms of a harbinger of an immediate military invasion yet the president’s words may prompt more instances of religious provocation. According to some previous warnings, granting an autocephalous status to the Ukrainian Orthodox Church would provoke Russian anger while the fact of changing religious affiliation by subsequent parishes, mainly in its financial and property aspects, may lead to riots, arson cases, assaults, and murders. This may appear dangerous in the following weeks, marked by a campaign ahead of a presidential election, planned for March 31, 2019.