From the Baltic to Alaska: More Russian Air Provocations Reported

As many as ten air incidents, mostly related to intercepting enemy aircraft and violating the airspace of one of the countries over the Baltic Sea, were reported within less than two weeks. They all involved the use of fighter jets, bombers aircraft and reconnaissance planes affecting NATO, Russia and, importantly, neutral Sweden. According to the North Atlantic Alliance, Russian pilots tend to routinely turn off transponders while Moscow keeps accusing Washington of an increased espionage activity at Russia’s western border. This has contributed to fiercer Russian-Western relations in the airspace, a phenomenon that has intensified over the past few months. 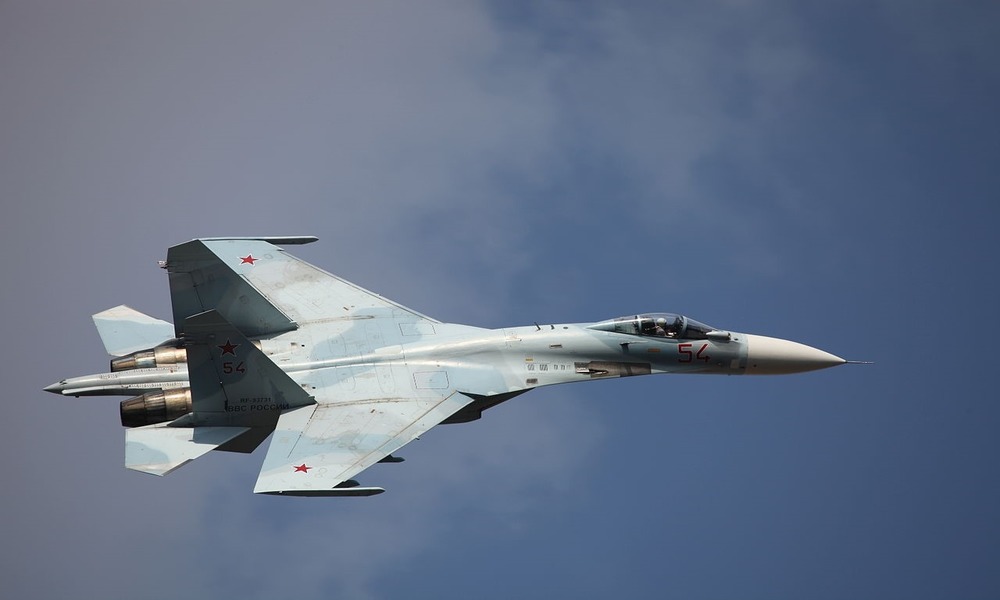 In January this year, Lithuanian Defense Ministry has informed about two instances of intercepting NATO fighters by Russian jets, a situation that took place in international airspace. Four incidents have been reported. On January 16, German fighters intercepted a Russian Il-20 reconnaissance aircraft while three days later Polish F-16 jets were scrambled to follow a Russian Su-24Mr aircraft. In both cases, Russian jets flew to the Kaliningrad region while their transponders were not turned on. So did the Su-24MR reconnaissance aircraft that also ceased to maintain radio communication. Further interceptions took place on January 21 (Il-20) and January 24 (a pair of Su-27 fighters). In these cases too, Russian military planes flew to the Baltic exclave of Kaliningrad with their onboard transponders switched off and were later intercepted by NATO warplanes stationing in the Baltic States as part of an allied mission, with Polish F-16 fighters deployed to Siauliai (Lithuania) and German Eurofighter aircraft based in Ämari (Estonia).

A more serious Russian air provocation was reported over the Baltic Sea as it was targeted against a non-NATO country yet closely cooperating with the Alliance. On January 24, the Swedish Armed Forces said that an Il-20 plane and two Sukhoi Su-27 aircraft flew into Sweden’s airspace south of the town of Karlshamn, some 135 kilometers northeast of Malmö. The incident was to take place on January 19, which was denied by Russian Defense Ministry whose spokesperson said that Russian jets intercepted a Swedish Gulfstream 24 reconnaissance plane while the latter was flying towards the Russian border. Russian Defense Ministry informed on January 28 that a Sukhoi Su-27 fighter jet intercepted a U.S. P-8A Poseidon reconnaissance aircraft over the Baltic Sea. As reported by local media, two similar incidents occurred with the participation of U.S. air forces. A Boeing RC-135V reconnaissance plane allegedly appeared near the Kaliningrad Oblast, that is in Poland’s airspace while an RQ-4B Global Hawk drone flew in Latvian airspace along the border in both Leningrad and Pskov Oblasts.

Russian provocation emerged on another front of aerial “cold war” with Western states, a situation that has happened for the first time in a few months. The North American Aerospace Defense Command (NORAD) said two Russian Tu-160 Blackjack strategic bombers were identified entering on January 25 an area patrolled by the Royal Canadian Air Force. Two American F-22 jets and two Canadian CF-18 planes were scrambled to intercept the intruders escorting them out of the Alaska Air Defense Identification Zone. Two Russian strategic bombers “made a scheduled flight over neutral waters of the Arctic Ocean while practicing refueling” during a 15-hour flight, Russia’s Foreign Ministry was quoted as saying by the state-run TASS news agency on January 27. The January 25 incident is yet another one of such nature that occurred in this part of the world. Back in September 2018, U.S. fighters intercepted two Russian bomber jets flying in international airspace west of Alaska. In April 2017, Russian warplanes made several flights over Alaska and Canada for the first time since two years of inactivity.