If Republicans and Democrats from the Trump administration and the U.S. Congress, which stand on different sides of the political barricade, can unite their forces, they may speak with one voice when criticizing Gazprom’s Nord Stream 2 energy pipeline project. In May, bipartisan efforts were made to intensify work on sanctions targeted at entities involved in building the Nord Stream 2 gas pipeline running from Russia to Germany while U.S. Energy Secretary Rick Perry declared in Brussels and Kiev that introducing a restrictions package is just a matter of time. U.S. steps are unlikely to be taken for granted, though. Washington has long announced new restrictions to be introduced but what it said was yet not backed up by any firm actions. It, however, seems that rethinking the issue of Nord Stream 2 serves as an element of Donald Trump’s political game with Russia and – most importantly – also with Germany. 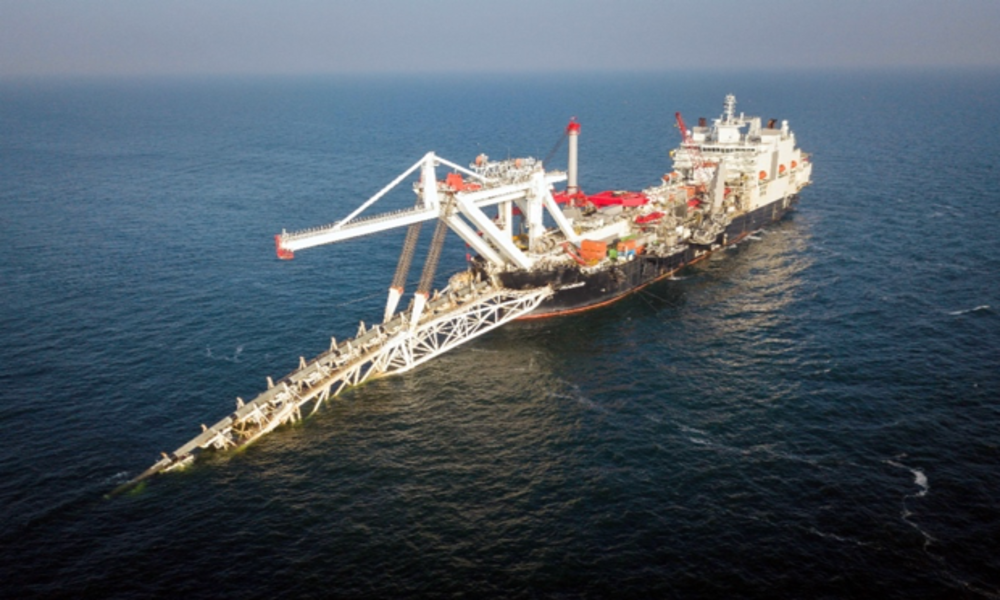 The United States has long rebuffed Gazprom’s Nord Stream energy export pipeline project, mainly for geopolitical reasons. Washington said that the gas pipeline will make a part of Europe rely on Russian-sourced energy while all profits from selling gas will serve Moscow to boost its weapons arsenal. But the U.S. stance towards Nord Stream 2 seems to a great extent influenced by purely business calculations, or ever-increasing U.S. LNG exports to Europe. While visiting Brussels in May, U.S. Energy Secretary Rick Perry compared the American fuel to the U.S. helping liberate Europe from Nazi Germany occupation in World War II. The export of U.S.-sourced liquefied natural gas (LNG) to Europe has experienced continuous growth, which results from the U.S. increasing export capabilities, as illustrated by launching Gulf Coast LNG terminals, and a dramatic drop in LNG spot prices on Asian markets. This has made Europe an attractive outlet for U.S.-sourced energy, all the more so that shipping costs to the Old Continent are lower that directing LNG exports to the Far East. Another factor behind sending large amounts of liquefied natural gas from Asia to Europe was the U.S.-China trade war.

But energy prices have experienced a sharp decline in Europe, triggering off bitter reactions from U.S. exports in Texas or Louisiana. Not incidentally, most proponents of the U.S. sanctions to be imposed against Russia come from Texas, a state that has recently seen growth in the number of LNG terminals. Among the leading U.S. politicians lobbying for passing the “anti-Nord Stream 2” bill are Senator Ted Cruz and Congressman Michael McCaul, both of whom represent the Grand Old Party. But the law was supported by some members of the Democratic Party. The Foreign Affairs Committee of the U.S. House of Representatives unanimously approved a resolution submitted by Washington Democratic Congressman Denny Heck.
The document calls on Congress to “continue to oppose construction of the Nord Stream 2 pipeline and other Russian Federation gas pipelines in northern Europe and take affirmative diplomatic steps to halt the construction of such pipelines.”

Fiercer efforts need to be taken to fight both for the market and the customer. And no one should be surprised by mounting anti-Nord Stream 2 sentiment if it is possible to strike a blow against a rival. The U.S. Senate has published a draft bill to impose sanctions concerning vessels working for the construction of Nord Stream 2 and refuse to issue visas to managers of companies holding ties to these ships. U.S. lawmakers also seek to introduce a ban on U.S. “property transactions and on interests” held by such individuals. Last but not least, they provide for imposing punishment on all commercial entities that provide insurance to the Nord Stream 2 venture. When visiting Kiev to attend Volodymyr Zelensky’s swearing-in ceremony, U.S. Energy Secretary Rick Perry said that restrictions on companies involved in the Nord Stream 2 project would come in the “not too distant future.” Also, Ukraine’s Prime Minister Volodymyr Groysman has invited Perry to unite efforts to counter the Nord Stream 2 natural gas pipeline project.