The North Atlantic Treaty, establishing NATO, was signed in Washington on April 4, 1949. After the fall of the so-called Iron Curtain, Poland could begin its efforts to join the Alliance. On March 12, 1999, Poland became a full member of NATO – the most powerful collective defense organization in the world, currently comprising 30 countries. However, from the historical perspective, the path of our country to the membership in the North Atlantic Alliance was not easy and certain. 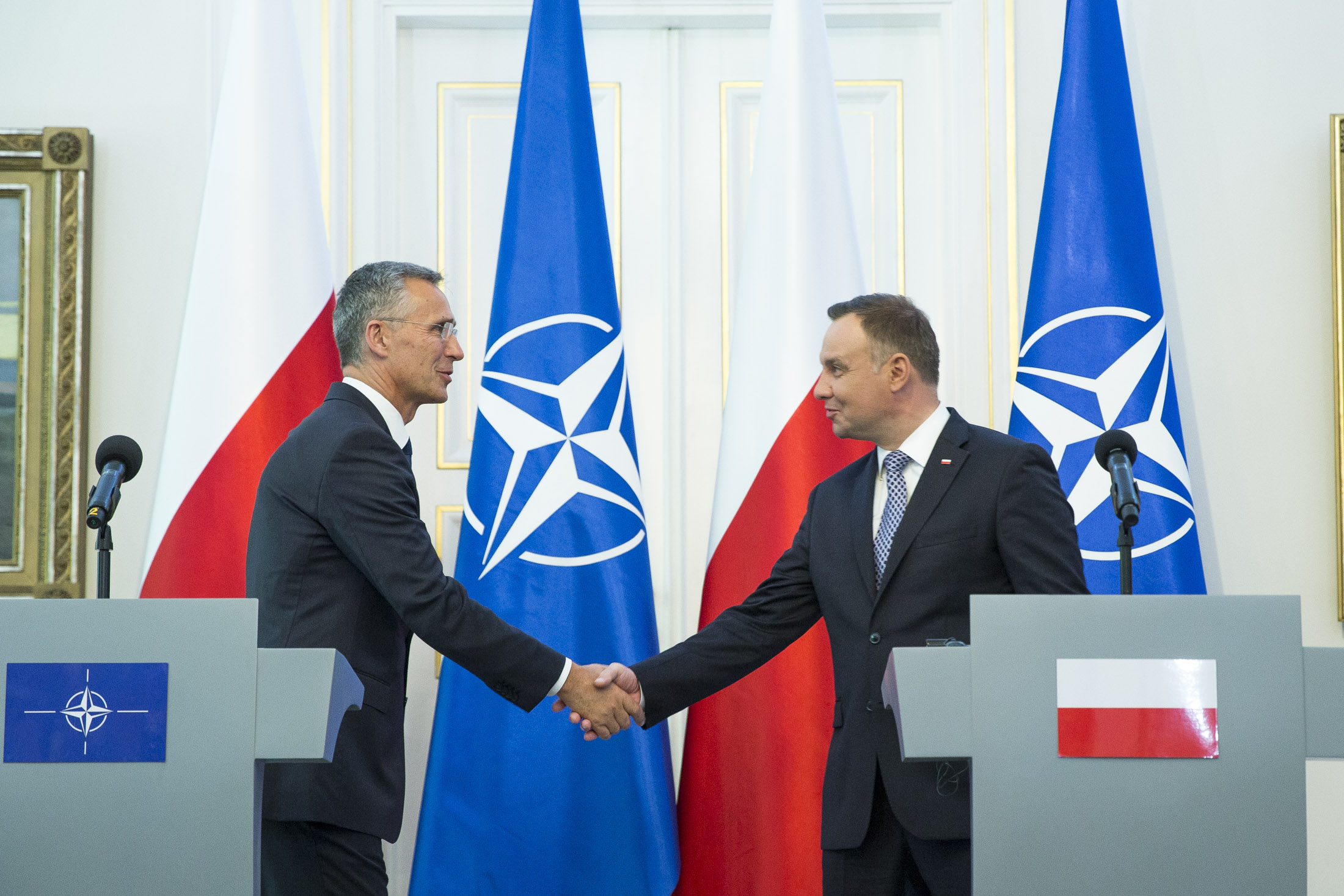 The collapse of the Cold War world

The long-term process of integrating Poland into Western defense structures was initiated when the Cold War had ended. The Polish parliamentary election on June 4, 1989, and the first non-communist, pro-western government in this part of Europe, the fall of the Berlin Wall and the dissolution of the Warsaw Pact in 1991 are just few of the dates symbolizing this event.

Initially, it was not clear in what direction the former countries of the Eastern Bloc would head (e.g., the controversial “NATO-bis” idea). In the following years, the NATO members were becoming increasingly open towards the potential negotiations with Poland, although there was still a long way to the membership. The Partnership for Peace program (1994) did not fully satisfy Poland, yet it was a significant step. As a result of further efforts, Poland, the Czech Republic and Hungary were invited to join the Alliance in 1997.

The support of the Polish community all over the world for the compatriots living in the country during the period of martial law is commonly recognized. Meanwhile, the knowledge about the help of Polish communities, especially the American and Canadian ones, concerning Poland’s accession to NATO is not so widespread. Their backing can even be assessed as crucial. Although Poland was respected in Washington, the North American politicians were quite skeptical about NATO expansion.

The Polish diaspora in the USA, up to then quite divided, had united to achieve this goal. Its members were sending letters to members of the US Congress, collecting signatures for a petition and using the emerging Internet. The Polish American Congress (PAC) played a key role in this respect. One of the most active members of the Polish lobby in Washington, D.C., which was striving for Poland’s integration with NATO, was the US National Security Advisor Zbigniew Brzeziński and the courier of the Polish Government in London Jan Nowak-Jeziorański. They collaborated and remained in close contact with each other almost throughout the whole 1990s.

Poland as an active member of NATO

Clearly, the assessment of 20 years of Poland in NATO is positive and favorable also for our allies. The army had been professionalized, modernized and reached the standards of the partners. Warsaw stood out as one of the few members of the Alliance, which allocated at least 2% of the GDP on the armed forces. Furthermore, Poland’s position in the Alliance had been systematically growing, which was evidenced by the largest ever NATO Summit held in Warsaw in July 2016.

For Warsaw, the most important benefit is the mutual security guarantees of the states that signed the Washington Treaty (the North Atlantic Treaty). Moreover, these guarantees, resulting from NATO membership, were the foundation for Poland’s deepened integration with the West in political and economic terms, undoubtedly facilitating the subsequent accession of our country to the European Union.

The Alliance in 2021 and future prospects

NATO faces a challenge to uphold its cohesion (statements of the French President, cooperation between Turkey and Russia), maintain its readiness to face new threats (the hybrid ones, including the cyberspace) and the conventional ones, which, as observed on the examples of regional armed conflicts in Europe, have not become obsolete. Meanwhile, many of the European NATO members do not allocate at least 2% of their GDP to defense, as agreed. Furthermore, countries that may be a potential threat to NATO in Europe, although generally weaker in terms of overall defense capabilities, often have dangerous tactical advantage in terms of speed as well as integrity in the enforcement and implementation of their strategies.

Poland became a member of NATO in 1999 not only thanks to the diplomatic efforts but also because of the support of the Polish community in the USA and Canada, which proved invaluable. Perhaps it would be worth to reiterate that act of the Polish diaspora in the future (e.g., to defend Poland’s good reputation in North America and internationally). Yet, the question is whether it would be possible to unite our compatriots under the common goal.

It is worthwhile to continue building the position of Poland basing on the aforementioned historical accomplishments. However, as we approach yet another anniversary, marking more than two decades of Poland in NATO, we should not lose sight of new challenges to security and peace in Europe. Poland is developing its independent military capabilities (some say that the number of soldiers needs to be significantly increased). Additionally, it can count on guarantees under Article 5 of the Washington Treaty. Doubts about the future of the Alliance do not seem to take into account the real strength of this Organization, which is well exemplified by the nearly threefold expansion of the joint defense zone in terms of the number of member states – from 12 countries in 1949 to 30 nowadays.

This article was created in cooperation with the Kazimierz Wielki Association (Stowarzyszenie im. Kazimierza Wielkiego).

For several years, he actively promoted Poland and the Polish community in North America as a part of his diplomatic duties. A graduate of international relations at the University of Łódź and postgraduate studies at the War Studies University in Warsaw. A fellow at the Maastricht Center for Transatlantic Studies and the George C. Marshall European Center for Security Studies (Garmisch-Partenkirchen / Washington, D.C.). He completed a course at the International Energy Agency (Paris) and was an advisor on energy in Calgary. Currently, he is preparing a doctoral dissertation.